Franchisee expansion: Requirements, options and opportunities at a glance

A franchise partnership between licensor and independent entrepreneur usually begins with the opening of a single location, which is embedded in the previously defined license area. Here the franchisee enjoys the exclusive rights of use of the franchise brand and benefits from increased awareness, high reputation and central marketing services of the partner network. The real estate agent franchise at Engel & Völkers impressively demonstrates how productive networking and effective licensing ensure successful start-ups worldwide. On this basis, if a franchise company's performance continues to be high, it can prove sensible to develop an expansion strategy as a franchisee in order not to let the economic potential, that the opening of further locations open up, untapped. There are various options available to you: In this article by Engel & Völkers, your franchisor for successful real estate agents, you will find out what this means for you and what goals can be achieved with the different types of expansion.

Before franchisees can obtain brand-based expansions from their licensor, you have to meet a number of conditions. Franchisors are keen that their brand is represented by partners who are conducive to the reputation of the entire network. If a franchisor is to represent the brand at multiple locations in the future, it is often checked beforehand whether it meets the previously defined expansion criteria. This includes, for example, the seamless integration of the business concept envisaged by the franchisor in the original company - it is expected that future locations will meet the central requirements in order to ensure a franchise network that is as homogeneous as possible across the region. Other audit aspects include the fulfillment of all obligations set out in the franchise contract and high customer and employee satisfaction in the first franchise operation. Which criteria are relevant to expansion for the respective franchisor is usually anchored in the franchise contract or a document that can be viewed separately. If you would like to become Engel & Völkers real estate agents, we will of course inform you in advance about all applicable conditions and our expansion criteria. 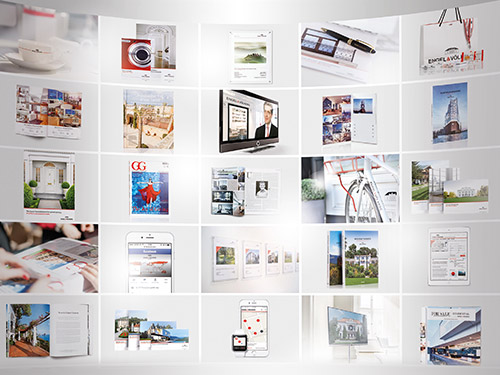 What are the expansion options for franchisees?

A fundamental distinction is made between two common models of expansion strategies for franchisees: on the one hand, multi-unit franchising provides for the franchisee to open additional locations. These can be located within a license area or opened in another region after additional license rights have been purchased. Due to the growing area of ​​responsibility, the franchisee usually takes on the role of a higher-level network manager after opening additional branches, while, depending on the number of franchise operations, operational management is handed over to newly hired branch managers. With the opening of new locations, the turnover for franchisees can be multiplied within a short period of time, which is why this form of expansion is becoming increasingly popular: The trend clearly points towards multi-unit franchising across industries, while single-unit players are becoming increasingly rare in comparison. Franchisors are also often open to multi-unit franchising, as this increases brand awareness quickly, means that fewer new, unknown licensees have to be acquired, and administrative and coordinative effort is reduced.

On the other hand, the so-called master franchise system represents an alternative to the classic multi-unit model. Here the franchisee acquires a whole bundle of licenses, which they then pass on to other independent entrepreneurs. Most of these licenses cover a large region or even an entire country. As the master franchisee, he then acts as the link between the franchisor and locally active franchisees and at the same time acts as the franchisor and franchisee. This system is often used when a franchise system wants to open up an area with different cultural or linguistic characteristics. The master franchisee is often initially a regular (local) license partner who founds and manages a pilot company in the new region. If his business model, which is adapted to the regional conditions, leads to success, he can become a master franchisee and expand indirectly into other parts of the region through his own license sales.

A combination of both expansion models is also conceivable if, for example, a master franchisee manages license areas in the multi-unit sense that have not yet been sold - depending on the individual situation, there are various options for the targeted expansion of one's own franchise business.