The so-called Catalan modernism has reached different facets of life in Barcelona, mainly because of ​​art, sculpture, and especially architecture. Thanks to the highly valued and important Catalan architects, we have witnessed works that have lasted for centuries and have been transformed into true Barcelona city icons.

Among the centennial façades, the important examples of modernism, which can be found in Eixample, are the signatures of great Catalan architects and well-known names of the bourgeoisie of the city.

The most important concentration of modernist buildings in Barcelona is in an area called “cuadrado de oro”, or "quadrat d'Or", within the Eixample district. 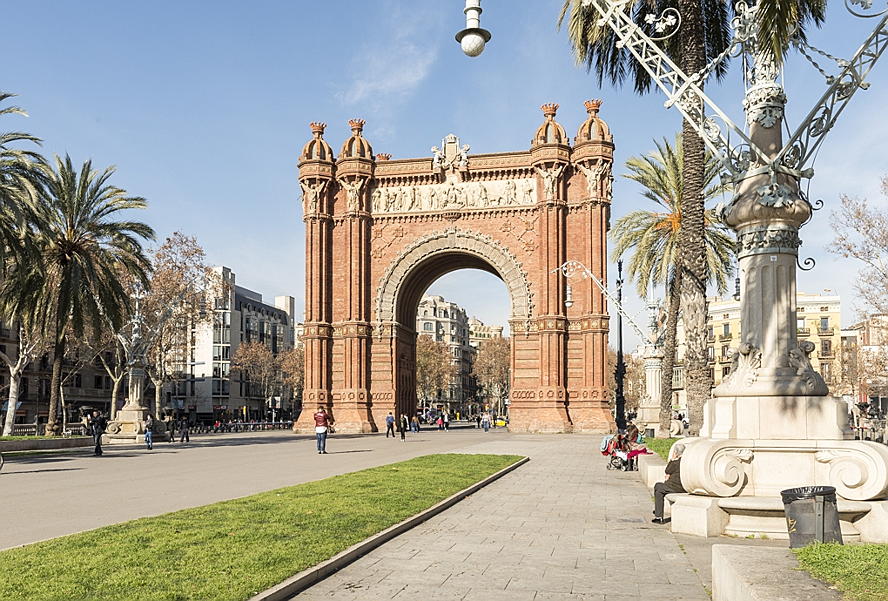 Other areas with highly valued buildings in Barcelona

When we are mentioning architecture and Catalan modernism, it makes sense to talk about Atoni Gaudí. His impressive work has remained one of the most important symbols and icons of the city.

The Catalan modernist architecture has been extending its influence to other areas of Spain. This is the case with the architect Víctor Beltrí in Cartagena.

The other highly significant buildings

- Arco de Triunfo in Paseo de Lluis Companys. It's a great way to start a modernist tour around the city.

- Casa Estapé with its famous dome in Paseo de Sant Joan, designed by the architect Bernardí Martorell i Rius.

- Parc de la Ciutadella in Paseo de Pujades is considered the place where the modernist movement in Barcelona was initially expressed. Here we find an impressive example of modernist architecture in the shape of Castillo de los tres Dragones (Castell dels Tres Dragons).

- El Invernadero (L'Hivernacle) in Paseo de Picasso is home to a wide variety of social events in the city.

- Mercado del Born, with its wooden, iron, and glass structure. Its creator was Josep Fontseré in 1876.

- GÜELL Palace. The Palau Güell was the first work that Gaudí gave to the city of Barcelona. It has been declared a World Heritage Site by UNESCO-

- Gran Teatro del Liceo is an opera house with an imposing architecture.