Poblenou is now part of Barcelona's Sant Martí district, However, until the end of the 19th century, it was a muncipality in its own right and the epicentre of Catalan industry. This district earned its title as the "Catalonian Manchester" soon after the industrial revolution.

Over the years, Poblenou adopted the appearance of an industrial zone and fell into a state of neglect and abandonment. Nevertheless, it has still retained the atmosphere of a village with its own identity, but with an enviable location close to the centre.

The Olympic Games in 1992 were the main reason for the huge transformation of Poblenou, with new restaurants, hotels and business establishments attracting tourists from different parts of the world. Since then, this district has undergone constant transformation and has become one of the most dynamic neighbourhoods in the city. Many former factories and industrial buildings were converted into apartments, art galleries, and penthouses, whilst the industrial buildings gave way to modern office buildings and hotels, in an area that is dominated by the Agbar Tower. 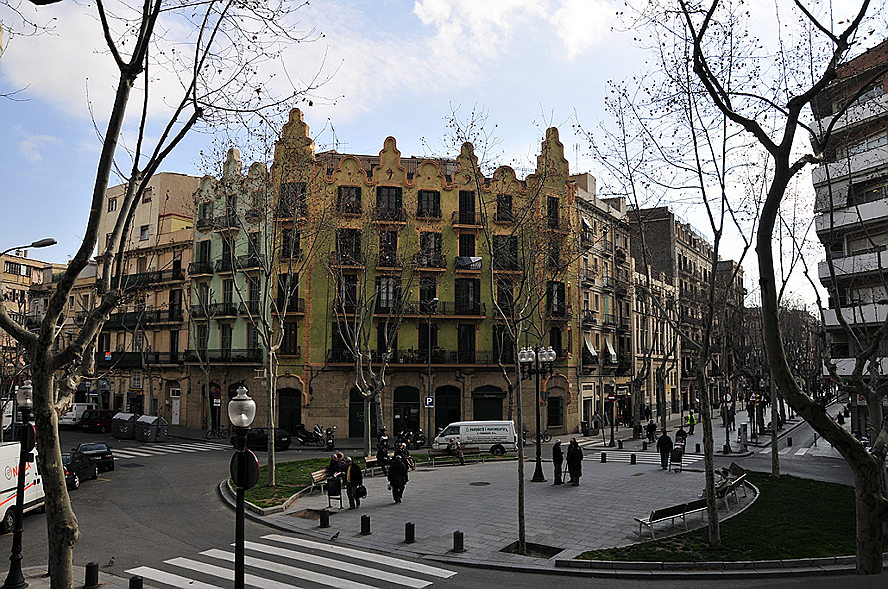 The ancient "Catalonian Manchester" has undergone profound transformations with projects such as 22 @, with the objective of changing the old industrial areas into a high quality environment to live and work in. This was certainly an ambitious project, with a high real estate potential, destined to occupy two hundred hectares in an innovative district that offers modern spaces.

La Rambla Poblenou is the main road in this district and the only one of Barcelona's Ramblas that reaches directly to the beach, from the mountain. It reveals the cultural, commercial and social life of the neighbourhood, transmitting its influence to some of the streets around it. Although it was originally baptised as Passeig del Triomf, it has always been known as Rambla del Poblenou.

Configured as a classic boulevard, this district is around 1km in length and alternates between different shopping and business establishments that combine the past with the modern Poblenou. The contemporary buildings have a stately air about them including the numerous restaurants with terraces such as Tío Ché and Casino de la Aliança.

Barcelona in general and in particular, Poblenou, have become very appealing for people who are seeking a good quality of life and wish to enjoy a cosmopolitan and safe city. This attraction has increased supplies of properties in different real estate agencies in Barcelona. Without a doubt, the best way to find the perfect flat or house in Poblenou is to acquire the services of Engel & Völkers, a real estate agency with international prestige and more than 36 years of experience.