Celebrities in Paris: the star-studded City of Lights

Known for its high fashion, fine art and culture, it’s no wonder that Paris is the preferred home base for the global glitterati. Actors benefit from local film studios like Gaumont and Pathé, while artists and intellectuals enjoy proximity to the Sorbonne and world-class museums. Here are a few celebrities in Paris both past and present, along with the neighbourhoods they prefer. 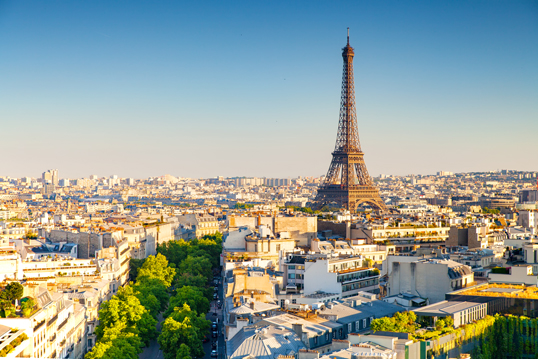 Home to many of Paris’s stateliest buildings from the Palais-Royal to the Louvre, Paris’s first arrondissement also houses Chanel’s eccentric designer, Karl Lagerfeld. He owns two impressively decorated homes located next door to one another. The first is used for sleeping and painting, while the second is used for dining and receiving guests. This district was where Coco Chanel opened her original hat shop at ﻿21 Rue Cambon﻿, a supremely fashionable address at the turn of the 20th century notable for its writer residents like Stendhal and Chateaubriand. Today, you’ll still spot fashion luminaries like Lagerfeld alongside models, socialites and other celebrities in Paris.

This bohemian neighbourhood sits perched atop a hillside, retaining the same fin de siècle charm that drew writers like Ernest Hemingway during the early 1900s. Dominated by the Sacré-Cœur Basilica, the district has been the favoured haunt of creatives for well over a century. We’ve previously discussed reasons to live here, and while today you’ll find luxurious lofts tucked between the quaint crêperies, the area was once known for inexpensive studios and tax-free wine. At the end of the 1800s, Montmartre drew artists like Vincent Van Gogh in search of panoramic city views and a lively café-centred nightlife at hotspots like Au Lapin Agile. The Bateau-Lavoir block of flats was particularly notorious, home to a group of artists including Pablo Picasso and Amadeo Modigliani.

Paris’s high-fashion houses lure many aspiring models and designers, one of whom was Diane Kruger. Now a celebrated actress, Kruger launched her career as a model when she moved from Germany to Paris at the age of 16. She still resides in the Saint Germain neighbourhood, frequenting favoured celebrity haunt Café de Flore. Along with nearby Les Deux Magots, Café de Flore has an illustrious history as a place to see and be seen since the Belle Epoque era. It’s where philosophers like Jean-Paul Sartre would gather, followed by the film set including Roman Polanski and Brigitte Bardot and fashion icons like Yves Saint Laurent. Both famous and non-famous locals love Saint Germain for its gothic architecture, intimate bookshops, and art galleries like the Musée Maillol.

From luxury Champs Elysées boutiques to cavernous jazz bars, Paris’s abundant charms have long drawn a well-heeled crowd. Explore its diverse districts to follow in the footsteps of celebrities old and new.