Have you always wanted the freedom of movement, added security and financial benefits of a second or third passport? There’s a growing number of countries offering a program of second citizenship by investment, ranging from idyllic Caribbean islands to prime European destinations. Here’s a look at the options for real estate investment for aspiring global citizens. 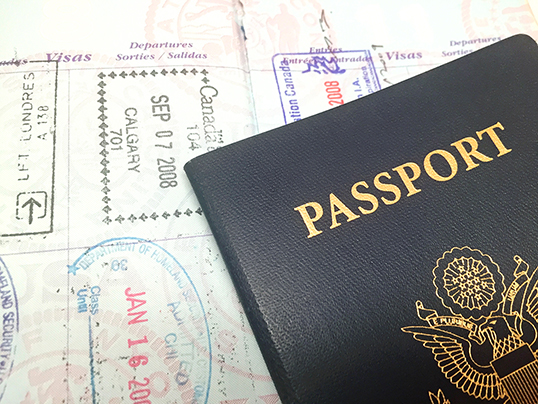 With its year-round Mediterranean climate and rich history, it’s no wonder that Malta is a popular option for those seeking a second citizenship by investment. To qualify, you’ll need to make a €650,000 donation to the government along with €25,000 for your spouse, €25,000 for any children up to age 17, and €50,000 for adult dependants. In addition, you’ll need to invest in Malta-identified stocks or bonds with a minimum value of €150,000 for five years, and acquire a property with a minimum value of €350,000. A property investment in Malta could garner more than a mere second passport, however, as the Maltese property market is booming.

Another Mediterranean island nation to offer second citizenship by investment is Cyprus. Unlike Malta, however, Cyprus doesn’t require a donation to the government – ideal for investors determined to hold on to their capital. The real estate investment threshold is set at €2 million, with a further proviso that investors continue to own a €500,000 property in Cyprus for life. In early 2018, in response to criticism, the government capped the number of passports granted to investors under this scheme at 700 per year. However, since that number wasn’t reached in previous years before the cap (503 passports were granted in 2017), the situation looks unlikely to change in practice.

Greece is one of the ‘golden visa’ countries, as it currently grants a five-year residency visa that can be extended indefinitely on the basis of a real estate investment. If you’re interested in obtaining citizenship, there’s a required residency period of seven years before you can submit your application. Greece’s Deputy Minister of Economy and Development, Stergios Pitsorlas, has recently announced new plans to extend the golden visa by offering residence in exchange for investing €800,000 in government bonds or €400,000 in real estate.

Austria sets the bar a bit higher for its second citizenship by investment program. The country requires applicants to not only contribute capital to the economy, but for it to be a direct rather than passive type of investment. It also requires applications to show ‘extraordinary merit’, which could include investing in a business that generates new jobs or export sales. Once you’ve cleared this hurdle to residency, you’ll then need to meet the strict citizenship requirements that include a clean personal record, proof of German language skills and a minimum legal residency period of five years.

Is second citizenship by investment for you?

One final factor to consider is that not all countries allow citizens to hold dual citizenship. Therefore, you’ll need to carefully look into the rules in your target country before you put the process in motion, as well as researching the state of the property market to ensure your investment will pay off. However, whether you’re interested in enjoying global mobility, growing a more diverse portfolio or optimising your tax situation, obtaining a second citizenship by investment could be a logical move.