Engel & Völkers' global shop network will continue to grow in the second half of 2018. The latest addition is the opening of a new shop on the Turks and Caicos Islands in the Caribbean. Discover the background to this and find out what makes this location so attractive. 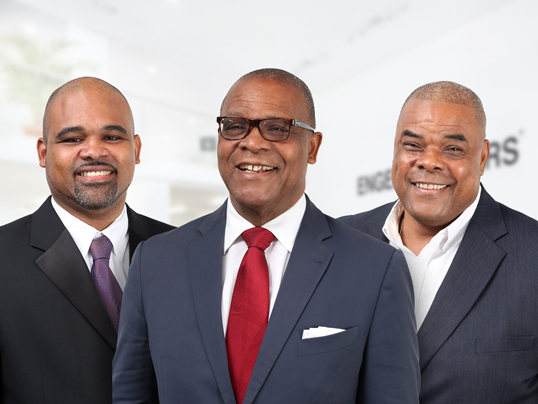 Engel & Völkers opened its first shop on the Turks and Caicos Islands, a British overseas territory in the Caribbean, as part of a conversion. The businessman and politician Washington Misick, his brother Phillip Misick and his son Chuck Misick are the licence partners of this new E&V location. The shop is located on the island Providenciales. In addition to this island, the team will also serve all other Turks and Caicos Islands, including Grand Turk, North Caicos, Middle Caicos, South Caicos and Salt Cay. "The real estate market in Turks and Caicos has seen tremendous growth over a short period of time," says Anthony Hitt, CEO of Engel & Völkers in North and Central America." The islands are easily accessible, gaining huge attraction from feeder markets in the northeast of the U.S., Miami and Charlotte, yet provide a peaceful and private upscale environment. The kilometres of pristine beaches, the warm climate and the economic conveniences make Turks and Caicos uniquely desirable for international buyers."

The overseas territories of Turks and Caicos Islands, although geographically located in the Atlantic Ocean, are counted among the Caribbean islands as the south-eastern foothills of the Bahamas. The nearly 41,000 inhabitants of the archipelago are spread over a total of seven main islands and about 40 smaller islands. The landscape of the Turks and Caicos Islands is characterised by azure blue water, white sandy beaches and average 350 sunny days. The typical Caribbean flair is rounded off by a pleasant 27° on an annual average. All this makes Turks and Caicos an attractive location for a second home.

Engel & Völkers is proud to open the first shop at this attractive and promising location and to further expand its network in the Caribbean. Discover exclusive real estate offers and see what Engel & Völkers Turks & Caicos has in store for you.