The total commission revenues of the Engel & Völkers Group have risen to 328.2 million euros in the first half-year of 2018. This marks a 9.2 percent increase over the same period in the previous year (first half-year 2017: 300.6 million euros). “This success is a result of our strong expansion strategy, particularly in North America and our focus markets in Europe,” said Christian Völkers, Founder and CEO of Engel & Völkers AG. 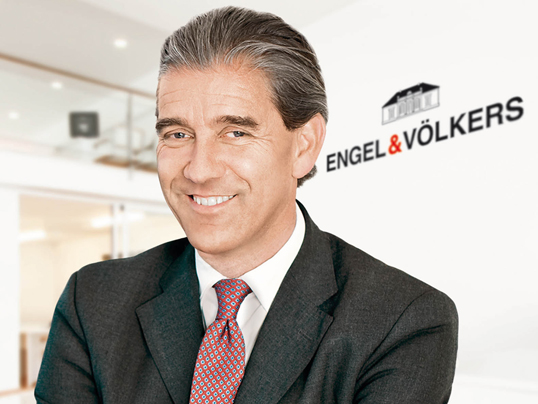 Thanks to the large-scale presence of the brand, Engel & Völkers is constantly gaining new market share, especially in the Mediterranean region and the USA. In North America, the company has profited from the opening of additional shops in prime locations such as Hawaii. North America is the highest-revenue market in the Residential division with a 25 percent increase in turnover over the same period in the previous year. Residential property shops in Italy achieved a 9.7 percent growth in turnover over the previous year. In Spain, Engel & Völkers also considerably extended its market position. The Engel & Völkers residential property shops reported a 2.4 percent increase in revenues. The combined revenues generated by the Market Centers in Barcelona, Madrid and Valencia rose by 22 percent. The DACH region remains one of the highest-revenue markets for the Residential division. Here Engel & Völkers generated a 5 percent higher turnover compared to the same period last year. Regarding commercial real estate, the demand from investors for multi-purpose commercial and apartment buildings remains consistently strong. In the first six months of 2018, revenues generated by the Engel & Völkers Commercial division rose by 4.2 percent.

For the second half of the year, Engel & Völkers is anticipating further growth across all its business divisions. “Based on the positive development in the markets, and the ongoing expansion of the brand, we are confident that we will be able to report another increase in turnover at the end of the year,” Christian Völkers commented.