Menorca is still regarded as an insider tip for tourists looking to enjoy untouched nature and beautiful, pristine beaches. The Balearic island, also known as Majorca’s “little sister”, offers property buyers and investors a mix of contemporary comforts, maximum privacy and unspoilt natural scenery. “Menorca is one of the emerging second home markets in the Mediterranean. Buyers can find fabulous country houses and beachfront apartments here,” says Gary Hobson, Managing Director of Engel & Völkers on Menorca, adding: “There’s strong demand for property, especially this summer as the island is regarded by many prospective buyers as a safe haven.” In 2019, the volume of real estate transactions totalled 267 million euros.

Buyers from around Europe are seeking places of refuge

Buyers from France dominate the Menorcan market (accounting for 43 percent), followed by clients from Spain (21 percent), the UK (15 percent), Belgium (7 percent), Luxembourg (7 percent) and Holland (7 percent). Buyer demand is focused mainly on top-end properties next to the beach and premium homes with sea views. The preference here tends to be in favour of apartments and houses with a simple, sleek design, that work in harmony with the island’s natural Mediterranean flair, and that boast top amenities. Last year, Engel & Völkers also registered increased buyer interest in properties in Menorca in need of renovation, especially among French investors. “We are seeing a strong demand for holiday homes in secluded locations, set on sprawling plots of land. Many prospective buyers based abroad have already confirmed personal viewings on Menorca in July,” Gary Hobson reveals. 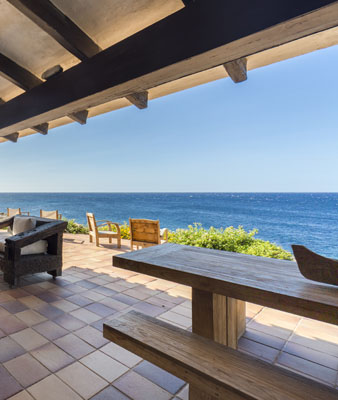 The historic capital Mahón makes up 30 percent of Menorca’s residential property market. Homes close to the harbour are especially sought after. In 2019, apartments here cost 400,000 euros on average, while townhouses reached average prices of 800,000 euros. To the east, the port town of Es Castell is one of the most popular property hotspots. Villas here cost an average of 1 million euros in 2019. The highest average prices for apartments on the island were fetched in the region around Biniancolla in the southeast, at 550,000 euros.

The municipality of Ciutadella in the west accounts for 38 percent of Menorca’s residential property market. In 2019, the average price for apartments in the city centre was 450,000 euros. The coastal areas of Son Xoriguer and Cala Morell near Ciutadella are highly sought-after locations, where the average price for villas is in excess of 1.65 million euros.

Outlook: Menorca regarded as an up-and-coming holiday region and safe place to invest

The increasing focus on understated quality tourism has resulted in a number of elegant boutique hotels opening on the island. The upcoming opening of the renowned international art gallery Hauser Wirth Menorca on the iconic Isla del Rey in Mahón is scheduled for 2021 and is set to attract an art-loving clientele from around the world in future. “Prospective buyers from Europe are drawn by the island’s slow pace of life and Mediterranean flair, its protected environment, security and privacy. In addition, short flight times make Menorca an attractive destination for holiday home investors who are long for a long-term safe haven investment,” Gary Hobson concludes.