Apartments, fincas and villas on Ibiza: Increased supply of luxury homes in the premium segment

The residential property market on the Balearic island continues to boom. Entry prices for villas, fincas and apartments in very good locations on Ibiza increased once again in 2017. Local authorities have responded to the sustained level of demand by developing infrastructure on the island and realising new development projects. “The number of properties coming onto the market is growing in the luxury segment too. Exclusive homes are currently taking shape in selected locations around the island that offer superior services to residents,” said Florian Fischer, Managing Partner of Engel & Völkers on Ibiza. Engel & Völkers has documented this trend and others in its latest “Ibiza Market Report”. 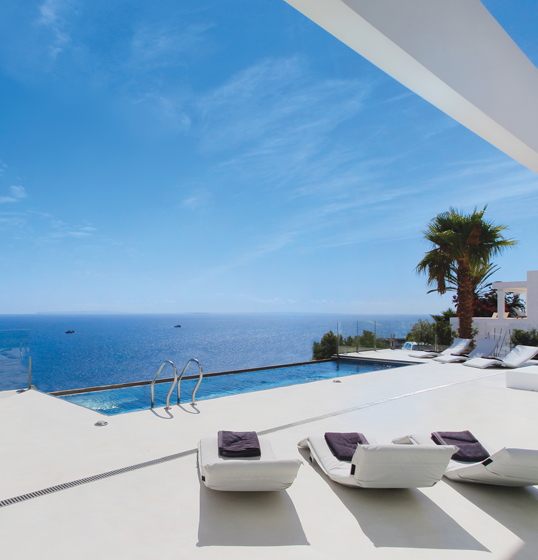 Interest in the Balearic island is growing year on year. This is reflected, for example, in the sustained growth of private air traffic and in the number of wealthy visitors drawn to the island’s marinas. A growing demand from international buyers is also being witnessed on the real estate market. In 2017, Engel & Völkers brokered properties to clients from 15 different countries. German nationals were the largest buyer group, followed by Spanish citizens. In addition, there were many clients from Italy, the Benelux countries, the UK, France and Switzerland. Interest from buyers in the premium segment is directed in part to the new luxury urbanisations with exclusive homes. They are currently being developed at carefully chosen locations, most notably in the southwest of the island. The special appeal of this living concept includes the exclusive extras such as a concierge and security service, which are available to residents on request.

Rising sale prices in all regions

High demand is met with a limited supply of available homes in many parts of Ibiza. In 2017, prices rose particularly strongly in the best locations across the island. Ibiza Town and the surrounding region are enjoying increased popularity among buyers seeking an upmarket nightlife and fine dining. The properties on offer here range from historic townhouses to modern apartments overlooking the marina, through to premium villas just outside Ibiza  Town. Moreover, the newly redeveloped centre and the opening of new luxury hotels have enhanced the exclusivity of the island’s capital. This is reflected in a further rise in property prices. For villas in very good locations on Ibiza with living interiors of approx. 350 square metres, entry prices in 2017 rose to 4.3 million euros (2016: 4 million euros). The lower price limit for freehold apartments in prime locations increased over the previous year by 100,000 euros to 1 million euros.

Apartments, fincas and villas on Ibiza: Increased supply of luxury homes in the premium segment

The most exclusive residential areas on the Balearic island also include the south and southwest. This region attracts a cosmopolitan buyer group in particular, drawn by its legendary beach clubs where famous DJs like David Guetta often perform. The homes on offer in the south and southwest of the island are extremely varied, ranging from minimalist villas to fincas in more inland rural areas of Ibiza, to contemporary apartments by the sea. Homes overlooking Es Vedrà, the small rocky island that juts up just off the coast, are especially desirable. Sale prices in 2017 for villas on Ibiza spanning approx. 350 square metres in very good locations began at 3.8 million euros (2016: 3.5 million euros). The entry price for fincas in the same quality locations rose to 3.3 million euros (2016: 3 million euros).

The original charm and beauty of Ibiza is particularly evident in the north of the island, which has a reputation for being peaceful and traditional. Potential buyers looking for a property here are attracted by the proximity to nature and the seclusion on offer. Good and convenient connections to the well-known hotspots on the island add to the appeal of this region. This is reflected in the growing property prices here. Entry prices in 2017 for villas spanning approx. 350 square metres in premium locations rose to 3.3 million euros (2016: 3 million euros). At 17 percent, Engel & Völkers also registered the highest rise in prices in the finca segment in 2017 in the north of the island: The lower price limit for this type of property increased here to 3.5 million euros (2016: 3 million euros).

Fine sandy beaches and sunset views make the west of Ibiza especially popular during the summer months. This region is also notable for its broad range of properties, which has grown even further as a result of the new luxury villas and fincas being built. In 2017, villas spanning approx. 350 square metres in very good locations cost upwards of  3.1 million euros (2016: 2.8 million euros). This marks an 11 percent increase, meaning that the west of the island witnessed the highest jump in prices in the villa segment on Ibiza. The entry price for fincas in similar quality locations was 2.8 million euros (2016: 2.5 million euros). 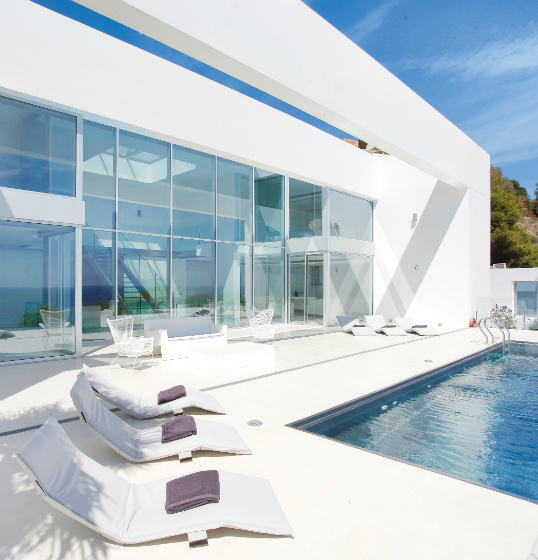 Undeveloped beaches, magnificent scenery and a good year-round infrastructure can be found in the east of Ibiza. Families and first home buyers are particularly drawn to this region. Luxury properties in very good locations continue to witness strong demand, which is leading to a rise in prices. In 2017, villas in prime locations on Ibiza with living interiors of approx. 350 square metres cost from 2.8 million euros (2016: 2.6 million euros). Entry prices for fincas of a similar size and in a similar quality location increased to 2.6 million euros (2016: 2.4 million euros).

Engel & Völkers anticipates that residential properties such as villas on Ibiza will continue to enjoy a high level of interest, particularly among international buyers and clients from the Spanish mainland. The current new construction activity is resulting in a higher availability of properties on the market. However, strict building regulations will mean that a scarcity in supply can be expected in the long term: “Due to the fact that the demand for premium properties will remain high across the island, we forecast that there will be further price rises in future,” said Florian Fischer.