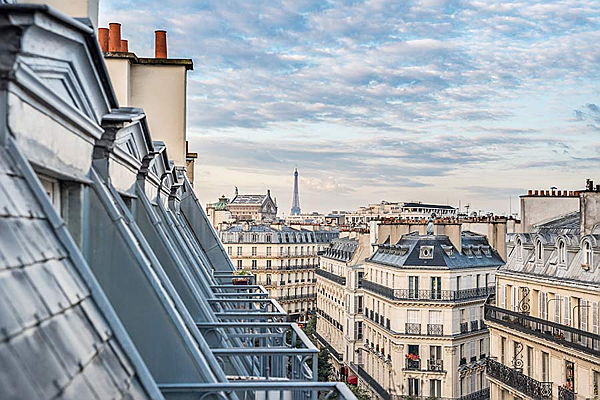 Engel & Völkers Paris > Blog > Who are the foreign buyers acquiring properties in Paris?

Who are the foreign buyers acquiring properties in Paris?

Paris real estate market attracts many international investors, with diverse needs and finances. These investors fall into two distinct categories: those in search of a family home who may or may not already live in Paris, and those who are looking for a vacation home while in the city. It is also interesting to note that French expatriates represent a significant percentage of these investors.


The latest studies run by the ‘Chamber of Notaries in the Paris region’ show that 8.1% of real estate purchases in the French capital are currently made by foreign buyers. Among them, 5.2% already live in France, while 2.9% are non-residents.

Algerian and Chinese buyers find themselves at the top of the foreign investors list, acquiring 8% of Parisian properties. Italians and Americans represent 7% of those purchases and the British 6%.

For the last 10 years, foreign buyer investments in the French capital have declined, despite their importance to the overall Parisian real estate market.

Foreign buyers are actually not that foreign to the country: even if almost 10 out of 100 investors are not French nationals, 9 of them already live in France (and more specifically ‘Île-de France’), while only 1 lives abroad.

That being said, the Parisian real estate market remains very appealing for buyers from all around the world, despite the observable decline of foreign buyer acquisitions.

Even with less of them, foreign buyers predominantly invest in luxury real estate, which has the benefit of revitalising this specific market.


Paris, as the number one tourist destination in the world, is a city with a growing reach and appeal, especially for foreign investors. The French capital itself and its real estate market attracts and persuades potential foreign buyers to invest in the country.

When looking closely into the Parisian real estate segment, we can observe that different acquisition strategies are used among foreign buyers.
Some of them are acquiring a property for an investment purpose or simply to enjoy a vacation home in the French capital; other buyers are making a bigger commitment with the intention of settling in the city by purchasing a primary residence.

Smaller apartments (between 50m² and 100m²) in very popular areas of the French capital are highly sought after when investing in a vacation home. These kinds of properties usually serve two purposes: being able to have a base while in Paris for personal or professional reasons, or as a buy-to-let.
The approach is very different for foreign investors wishing to acquire a primary residence, as they are usually looking for bigger apartments to use as a family home and a place to host guests. These properties are mostly located in more residential and ‘bourgeois’ areas such as the 16th arrondissement.
Regardless of the different types of investments and investors in the French capital, real estate professionals in Paris know that the foreign buyers are first and foremost in search of authenticity when investing in the City of Lights.

French expatriates buying in the capital


To show an accurate picture of foreign buyer profiles in the French capital, it is essential to mention French ‘expats’ buying in Paris and the surrounding areas. One out of every one hundred properties is currently acquired by French households residing abroad. These investments are usually made as a buy-to-let or to have a base when returning home.

French ‘expats’ spend an average of 360,000 euros on a property, which is significantly higher than the average buyer in the Paris region, who spends 264,000 euros.

4.1% of property acquisitions made in inner Paris are signed by the ‘expat’ population, who are spending an average of 417,000 euros to buy an apartment, which is slightly more than French residents (410,000 euros). With Brexit on the horizon, more investments by French ‘expats’ are expected, especially due to the relocation of many jobs, particularly in the financial sector. Therefore, it is expected that London-based French ‘expats’ could cause an increase in the Parisian real estate market, if they eventually return home.

Read also : Buying real estate in France as a foreigner