Once a thriving fishing village, Aberdeen is now fast becoming a popular residential area for those who enjoy its tranquil beauty and the mix of tradition and modernity. Situated on the southern side of Hong Kong Island, the historic area is known to most as the original Hong Kong.  Aberdeen Harbour has the distinct honour of being the first place where the British set foot upon arriving in Hong Kong. Back then, Aberdeen was the center of the incense trade, this is how Hong Kong got its name, it literally means "Fragrant Harbour".

Aberdeen’s history stretches back to 1550, though like other settlements on Hong Kong Island, it was modest in size with about 200 buildings and around 500 people living there. There may have been just as many people living offshore in the floating village, which was inhabited by so-called Tanka “boat people.” The Tanka trace their roots back to the indigenous groups that inhabited Guangdong and Fujian before the arrival of the Chinese. Even until recently, land-dwellers considered them a people apart. In 1961, there were 136,802 people living on boats in Hong Kong, but in recent decades, most Tanka have assimilated into mainstream Hong Kong society.  You will still see the older Tanka ladies dressed in traditional clothing, peddling the catch of the day and the sampan rides around the harbour for the tourists.

The quaint and charming Aberdeen Fishing Village is not far from the hustle and bustle of the heart of Hong Kong, but seems like light-years away from it with rows upon rows of the old-fashioned junks and sampans, some house boats where the fishermen and their families still live, (at least for some 9 months of the year) along with a number of ex pats, who lease from owners instead of living on land, all going about their daily routines, which now include mobile phones and satellite dishes. It presents a very unique scene, and attracts photographers the world over, with the unexpected touch of modernity right and left. The high-rises framing the harbour and the ultra-modern yachts moored not far away complete this picture of contrasts.

The Aberdeen Promenade that runs along the coast has the Dried Seafood Stalls and Seafood Market with the daily catch, check out all sorts of seafood being bartered away to the seafood restaurants and wholesalers. Aberdeen is still a very busy fishing port and accounts for one-third of the total catch in Hong Kong. By contrast, this is also the location of the prestigious and famous Aberdeen Marina Club (AMC) which attracts visitors from around the world and has exclusive private members facilities of the highest caliber.

Amongst this thriving activity are the newer residential developments. Offering a balance of convenience and vibrancy, the area is attracting professionals and families alike, with decent sized apartment buildings, plenty of shopping and restaurants, exciting nightlife in surrounding areas, and being close to everything on Hong Kong Island with schools, shopping centers, hospitals and more.

This ultra modern luxury development, completed in 2012, consists of 6 towers which stand at 26 storeys high. Each tower has two 2 storey penthouses that have phenomenal views out over the harbour and to the islands and south china sea beyond. There are also 11 garden houses in this luxury complex. With a total of 411 apartments, 12 penthouses and 11 garden units, there is an accommodation that will fit every need. All dwellings have balconies to take in the spectacular views and the interiors are furnished to the highest standards of luxury with top branded fixtures and appliances such as Miele. The residents are a mix of professional couples and families who enjoy all of the onsite facilities which resemble a world class resort such as the club house with function rooms, gymnasium, swimming pool and games rooms. The complex is located directly next to the Aberdeen Marina Club and Aberdeen Yacht Club.

At a more modest level is this high rise apartment building located on Aberdeen Praya Road.  With great views out over the harbour, this older style development was completed in 1972 and contains 169 apartments over 18 floors, from the 4th-21st floors. Still well maintained some of the apartments have been updated and modernized to take advantage of the views and sought after location. The majority of apartments range from 369-550 sf saleable area with 2 larger combined units on the 4th floor of 770 & 842 sf saleable areas. It is a convenient location for the bustling shopping streets of Aberdeen and is served by many minibus routes. There are a few commercial businesses on the lowest floors and the neighbourhood has a very good selection of restaurants and shopping.

This is an ultra high end classy development of 9 towers of varied sized apartments, mostly all with panoramic views out over the marina or the surrounding hillside. The apartments vary in size from 590-2708 sf saleable area and range from 1 to 3 bedrooms. They all have large floor to ceiling windows and are extremely light and bright with light wood contemporary finishing. All rooms are fitted out with quality furnishings and interiors with high end fixtures and appliances. They share a fabulous clubhouse with indoor and outdoor swimming pools, fitness gym, spa and function rooms. Concierge facilities even include private yacht services. The complex has a popular pet park for households with pets. Lavotto is very well located only a short walk to the MTR station, which connects to all the major districts. There is a shuttle bus service to Central. 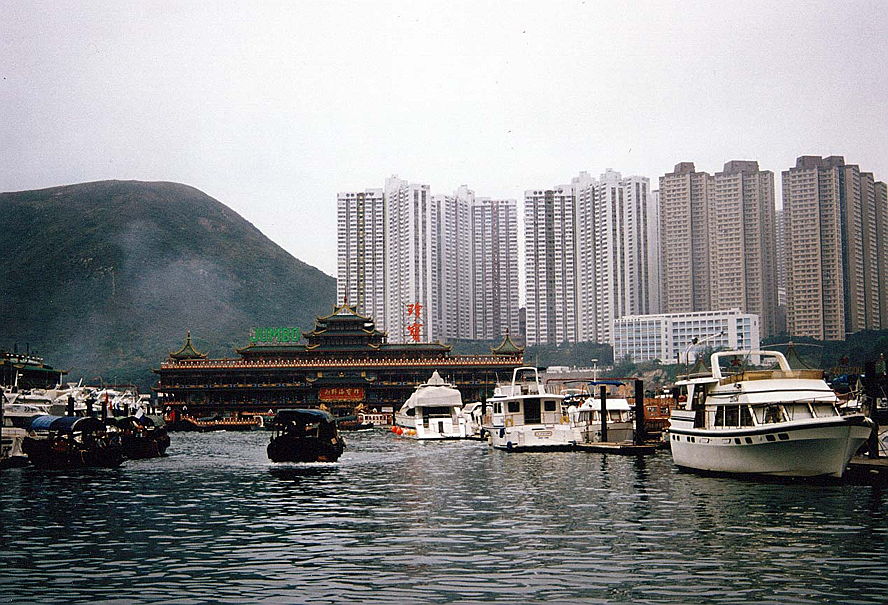