Buying and Renting A Home At Clearwater Bay

It's said people move to Clearwater Bay because they are into one of three things – running, sailing or owning a dog. It’s also obvious that people move here because they have families and are looking for a more relaxed way of life or just “living at the beach”.  It's certainly true that if you are into water sports then the area is a great place for messing about on boats. The relatively calm waters and the many small bays and deserted beaches make it a great area for kayaking and paddle-boarding.  The local roads and hiking trails have relatively little traffic and stunning views out to sea making it ideal for joggers and hikers. One of the most popular walks is along the Clearwater Bay ridge to High Junk Peak, which is also open to mountain bikes on weekdays. And, it would not be an over-estimation to say that every second house had a dog or two, and that most villages have their own motley collection of scruffy strays.

There is however a lot more to the area than jogs, dogs and boats. There are horse-riding stables, the country park with BBQ pits and kite flying, two stunning public beaches, one of Hong Kong's best public swimming pools just down the road in Tseung Kwan O, and arguably the territories' largest playground adjacent in Po Lam. There is also the luxurious redeveloped country club which offers members state of the art resort facilities, including one of the world’s most picturesque golf courses by the sea, a large marina full of luxury yachts, swimming pools, restaurants, bars and function center.

It’s also true that in Clearwater Bay you will find two of the most tropical looking and clean beaches possible in Hong Kong. Both First and Second beaches would look equally at home in Thailand or a tropical South Pacific island, with sparkling white sand and crystal clear blue waters. The stunning views from the hillside out over the South China Seas and the surrounding mountains are mouthwatering and accessible.  Both beaches have shark nets and are fully patrolled by surf life savers during the summer months. Residents are often seen taking a swim before work or relaxing here in the evenings after work.

Clearwater Bay villages (including Sheung Sze Wan, Tai Po, Mau Po and Siu Hang Hau) in Lobster Bay are a popular choice with expats but there are also villages scattered all along the Clearwater Bay Road heading to the tip of the peninsula. Each village in the area has a unique feel, some are scruffy, some are greener, some are very dense, some have predominantly local inhabitants, and as a result the only way to get a feel for a village is to go there and see for yourself. Some villages are friendlier than others but it's a small place so it's easy to meet people. The Lobster Bay villages have a particularly vibrant community with events organised across the year and a Facebook page where people share information. Don't expect a village green or corner shop, however there is a Fusion supermarket and nearby Hang Hau has a large shopping mall and is the closest MTR station.

One of the main reasons that ex pat families like to live in Clearwater Bay is because here you can actually get a house to live in. Rent or buy, you will get a lot more space, privacy and room here than for the same amount of money in the residential areas of Hong Kong Island such as the mid levels or the southern suburbs. In Clearwater Bay you can have a local village house or a villa in one of the new developments, which may come with gardens, terraces, swimming pools, BBQ areas and so on. For ex pats and their families who have been used to living in houses this is a major attraction to living here, along with being a beachside suburb.

Village houses in Hong Kong are uniform in size, 2,100 square foot over three floors. As a result most houses have 3-4 bedrooms, a small patio area on the ground floor and a 700 square foot roof terrace. Ex pats who have bought and carried out renovations, have been able to create some rather luxurious and functioning spaces within the confines of these standard house perimeters with new builds pushing the boundaries to create unbelievable homes still within these dimensions. The Villa developments are less restricted and offer ultra modern open plan internal layouts, with security and privacy. Some may have private gardens and pools or as shared facilities in the complex and generally often with breathtaking views to the water below.

As in most outer suburbs of Hong Kong, humidity can affect the temperature in your home, along with creating mould and fungus growth.  If your air-conditioning unit allows it, switch to a dehumidify setting during the day, and buy additional dehumidifying units. Moisture is produced by people breathing, so there’s less humidity in an unoccupied house, but in rural areas like Clearwater Bay or Sai Kung, both empty and occupied houses need quite a bit of maintenance. Spores, algae and bugs from the forest are rife, and everything grows incredibly quickly. 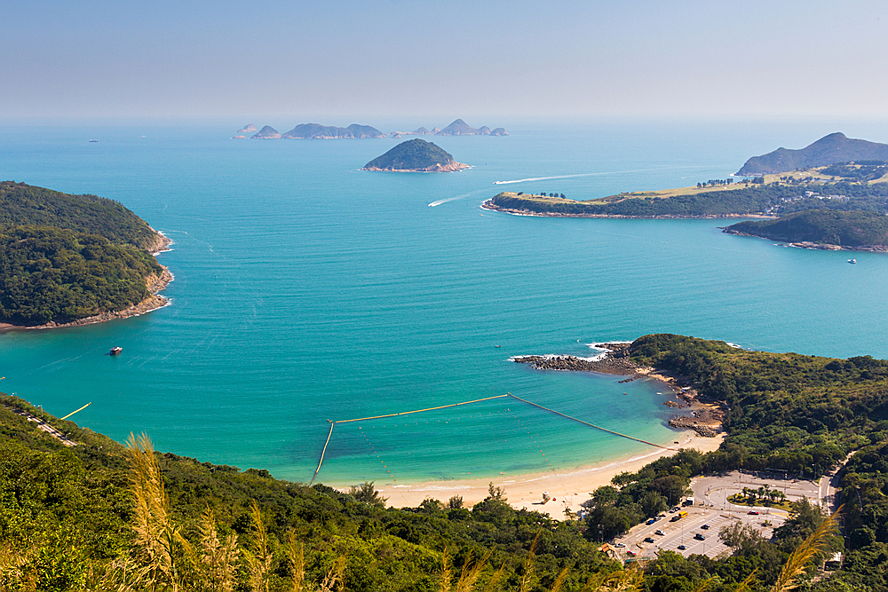