Cape Mansions – Completed in 1966, this older style apartment block is located at the lower end of Mount Davis Road in Pok Fu Lam. The development has 2 towers, Block A with 18 floors and Block B has 20 floor of spacious apartments. These are a standard size of 1707 sf saleable area and there are only 2 apartments per floor in each tower with a total of 76 surprising large dwellings.

Each apartment comes with 3 generous bedrooms and an en-suite bathroom, utilites and maids quarters, and covered car parking. All have balconies to take in the spectacular open views looking straight out towards the Lamma Channel and beyond.  This development is popular with expat families looking for space and a quieter area for children and many of the apartments have been renovated to a high standard with open plan western styled layouts to take full advantage of the panoramic views from this sought after and tranquil location.

The many benefits for families are the close location of the International West Island School (secondary level) St. Clares Girls School and English Schools Foundations Kennedy School for primary level with both the Queen Mary Hospital and Duchess of Kent Childrens Hospital all within the neighbourhood. Amenities in the area including supermarkets, daily shopping and service requirements are all close by and the district is well served by buses, mini buses and taxis. The retail and entertainment complex Cyberport Arcade can be reached within a ten minute drive and the journey to Central takes less than 30 minutes by car.

The area of Mount Davis was originally settled by prominent Hong Kong families who were unable to reside on The Peak due to zoning restrictions. The hillside is scattered with colonial architectural gems dating back from the early 1900’s . Many of these had been torn down during the creation of Victoria Road, however those that survived have been restored and are under the historical houses protection act, or are utilised by educational and government bodies.

The hillside was once an important artillery depot of the British forces and from 1911 it was a major defensive site with gunning placements installed. The area was heavily bombed by enemy Japanese planes during the Battle of Hong Kong however since then it has been allowed to go back to a peaceful and tranquil atmosphere with knock-out views and lush green vegetation covering the hillside.

Today, you can enjoy  the many truly  historical walking trails that are scattered across the hills following on from Mount Davis Path.  Pack a picnic or just go exploring off the beaten track and you will be rewarded  with your own discoveries of the many ruins hidden amongst the vegetation, with bush and trees claiming back their space and growing in and around the deserted concrete structures,  or you can explore the ruins of the three remaining forts also called Batterys, left over from the war.

Just don’t forget to take your camera, whether it’s the jungle of revegetated ruins or the superb panoramic sea views of the islands and beyond, these vistas are some of the best that you will find in such a convenient and close location to Central Hong Kong. 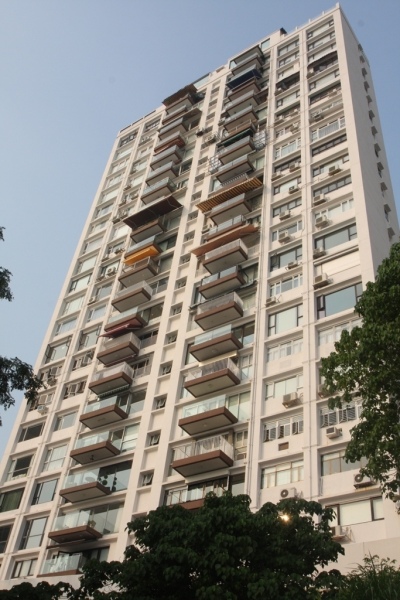