Living in Clovelly Court in Mid-Level

To enjoy the magnificent sea view in the middle half of the mountain, the terrain of Clovelly Court must be superior, the floor is extremely high. There are 2 properties in the property, 1 room A and B to the northeast, and the meeting is a women's club recreation club. The scenery is open and protected. The higher the floor, the more the sea area is seen, and the 6th floor and above are oversized. The oval terrace feels like a castle in the air, and the viewing effect is even more shocking.

From the living room floor-to-ceiling screen, the exterior scenery and sea view can be seen. Out of the terrace, the location is convex, with a wide-angle view of 270 degrees. It is a block of famous buildings in the Central District and Wanchai, large seas in Victoria Harbour, Tsim Sha Tsui to Kai Tak Development Area, etc., showing the extraordinary momentum of the bustling city. Suitable for time with the festival of  fireworks, colourful, and thousands of scenes are another feeling.

There are enough four rooms. One room is split into two and increased to five rooms. The newly added small rooms have no windows. They only open the door between the adjacent doors and open the louvre. The other four rooms, three with large windows, enjoy the sea view to the northeast, a small window, and look at the half-mountain view to the northwest. Among the most spacious suites, there are large sleeping areas and cloakrooms. The toilets have double wash basins and bathtubs.

The mid-rises of the Mid-Levels are very rare. The old-fashioned estates are the majority. The property is a small-scale property with a wide range of recreational facilities including tennis courts, squash courts, swimming pools, saunas and fitness rooms. And the billiard room, etc., is more complete than other old buildings. In addition, there is a supermarket. The purchase of daily necessities and food is very good. Another resident car is connected to Central.

The general area of Mid-Levels Central includes Albany, Bowen, Borrett, Conduit, beginning of Robinson, Macdonnell, Magazine Gap, May, Hornsey, Old Peak and Kennedy Roads together with Clovelly, Brewin and Tregunter Path. There are also numerous smaller play-parks and sitting-out areas, and hiking trails leading around to the west and up to the Peak district. In addition, there is a well-used jogging path along Bowen Road which extends for 4 kilometres on a relatively flat track with a great variation of HK vistas, ending up at the top of Happy Valley, at Stubbs Road roundabout.

Trendy party spot SoHo means all-night access to cafes, clubs, restaurants and bars right on your doorstep. Apartments, usually studios or one-bedroom spaces, can be tiny, but are often located right in the fray and can come with a decent rooftop terrace.

Mid-levels Central includes areas in the slopes and hills of The Peak and stretches all the way to Tai Ping Shan. The culturally rich district is characterised by its large-sized properties, greenery, transportation system and elite school network. With all this combined, and due to its close proximity to the CBD as well as the city’s vibrant F&B scene, Mid-levels Central has become an extremely sought after district to live in Hong Kong.

It is a popular residential location as it is still within an easy commute to Central, yet is generally quieter and less congested with rentals a bit less expensive than Mid-Levels Central. The quieter pockets of Mid-Levels West include the Mosque area near the escalator, Kotewall Road, Po Shan Road and Lyttleton Road. It is a mix of modern, smaller high-rises such as The Babington and 80 Robinson Road and larger, older, more spacious and gracious apartments in mid-size blocks, which are very popular with expat families when nicely renovated such as Savoy Court and Hamilton Court. 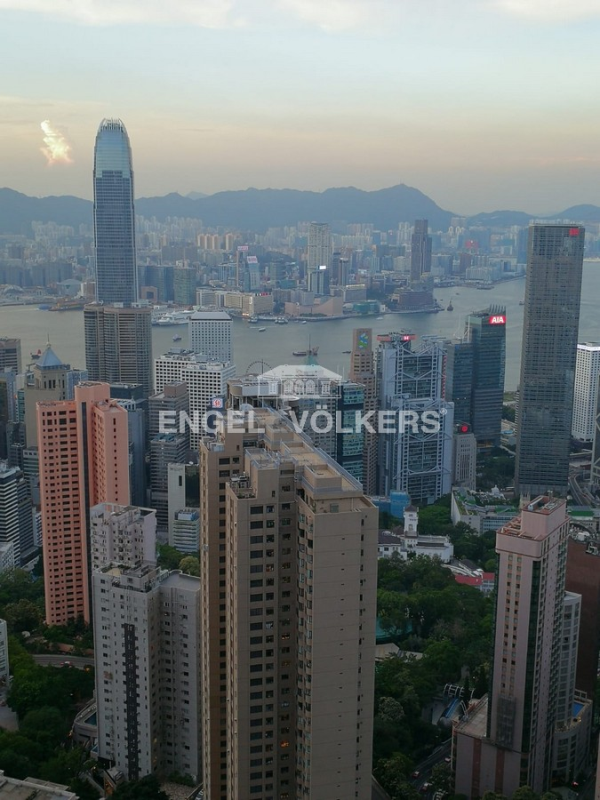