Ever wondered why some buildings in Hong Kong are missing the fourth floor, while others are built with a hole right in the middle? We have superstition to thank for that. While many westerners dismiss superstitious beliefs as being bogus and untrue, many Chinese people hold to the belief that it is better to follow these centuries-old beliefs than to risk bad consequences.

Whether decorating or renovating a house or apartment, or opening a new office or building, Hongkongers love to get a feng shui master in. A system that advocates harmony through the flow of energy in a space, it is believed that Feng Shui (“wind-water”) can have a positive effect on business and general happiness. Many global companies in Hong Kong hire Feng Shui masters, to create balance and harmony in not only the building design but the internal spaces of the work environment.  This is also considered necessary to stop money flowing out, and rather to flow in. The Dragon dance is also sometimes performed when opening a building or business as a separate element to bring good fortune.

Feng Shui is the Chinese architectural philosophy of organising your surroundings to attract good luck and ward off bad energy. Many superstitious locals decorate their homes with plants and position their furniture according to the principles of Feng Shui. In addition, many prominent buildings in Hong Kong incorporate Feng Shui elements. One good example is the HSBC headquarters, designed by the renowned architecture studio Fosters + Partners. The escalators inside the building are set at an angle to the main entrance, to prevent evil spirits from entering. Two metal rods installed on top of the building also serve to deflect bad energy from the neighbouring Bank of China Building. In a nod to Chinese culture, the Walt Disney Company even consulted a Feng Shui expert when they built Hong Kong Disneyland. The theme park’s entrances and attractions are positioned to attract the flow of good qi (energy).

Dragons, the bearers of good fortune and prosperity, are believed to live in the mountains. In another Feng Shui-inspired architectural choice, many coastal buildings feature rectangular holes that function as passageways for their positive energy to pass through: dragon gates. Prominent buildings with dragon gates include the Repulse Bay residential and commercial arcade, and the Bel-Air Residence.

Tudigong Shrines In Buildings And Homes

If you look closely in older neighbourhoods, at the entrance to many buildings you will find a small red plaque and an accompanying pot in which to place joss sticks. This is a doorway spirit tablet – a ritual object dedicated to deities – for Tudigong, the Lord of the Soil and the Ground, who is believed to safeguard and bless the people living on his grounds. Some homes even have their very own Tudigong spirit tablet, or statues of other deities.

Avoidance Of The Number Four

In Cantonese, the word for “four” sounds similar to the word for “death”, so Hongkongers avoid the number at all costs. In many buildings, floor numbers which include the number are skipped. People avoid gifting things in sets of four, and even prefer phone numbers without the digit four.

Conversely, the number eight is considered auspicious because the word “eight” sounds similar to the word “prosper” - pronounced “faa”. That’s why people prefer addresses and telephone numbers that include the number eight, which can be sold at a much higher price by vendors. Around Chinese New Year, seasonal goods even bear prices featuring the number eight.

It is believed that during the 7th lunar month ghosts come out from the lower realm – the spirit world – and are free to roam the mortal world. During Ghost Month many people avoid renovations in order not to disturb any temporary spirit visitors to the house. The apex of the Ghost Month, The Hungry Ghost Festival, takes place on the fifteenth day, when the gates of the afterlife open. On this day, many pay respects at the graves of their ancestors and make roadside offerings to the ghosts who have not crossed over. 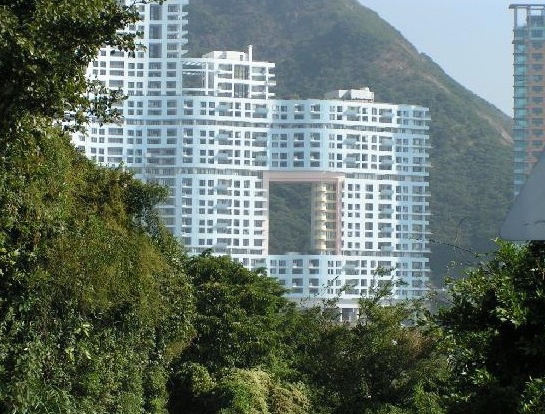