Wan Chai is one of Hong Kong's earliest settlements and has an interesting heritage, possessing many fine historic buildings from different periods. The district was once the home of high-class residences for rich Europeans and foreign merchants and shipyards were built all along the shores of Wan Chai Bay before reclamation eventually saw the transition from small fishing village to modern urban metropolis.

The name Wanchai means Small Bay and comes from the early days when the coastline of Wanchai used to be along Queen's Road East.  If you enter using Queen's Road East through Admiralty, you will find that the road turns inwards away from the harbour. This was in fact the waterfront road, which was following the curve of the natural coastline around what was originally just a small bay.

As with other parts of Hong Kong Island and a number of the smaller surrounding islands, Wanchai started out as just a small fishing village.  It was mostly made up of a small collection of fishermen’s huts, clustered around the Sea God "Hung Shing Ye"'s temple.  In the 19th century, a British merchant called Lancelot Dent picked Wanchai to be the base of his business.  The geographical advantages of Wanchai were beneficial to his business where he could anchor his fleet of ships in the bay and build up his on land operations of warehousing, storage and administration functions on the available land nearby, including Central.

Since then, Wanchai started to develop.  In the 1840s, Dent built a huge mansion at Spring Garden Street and the area became hugely popular for the wealthy and elite to take up residence in the area.  It was not until 1867 when Dent fell upon hard times and was declared bankrupt that the area diversified with Spring Gardens disappearing and local Chinese moved in to the busy area. In the early 1900’s Spring Garden Lane and Sam Pan Street became a red light district with both western and asian prostitutes. To attract attention, brothels displayed large street number plates and the area became known as Big Number Brothels.

Also into the early 1900’s Wanchai became the military base for the British colonial government. Accommodation for the navy was built along with the dockyards. During the second world war, Wanchai was targeted and suffered large strikes due to it’s military functions at the time. After this time there was much land reclamation underway changing the face of the harbour front landscape forever. Large swathes of hillsides were carved away and dumped into the harbour and then flattened out to create developable land.

From the 1960s, the exotic night life of Wanchai became legendary around the world. It has been well written about and was used as the backdrop of the movie "The World of Suzie Wong".  During the Vietnam War years, the U.S. navy came to HK for their rest and recreation, fostering an increase in prostitution and the opening of many bars and late night venues.

Today, Wanchai is still famed for it’s vibrant nightlife, with exciting restaurants and venues opening all night with some having 24 hours licensing. Most of this activity is around the Lockhart Road area mixed in with general retail shops and stands, massage houses and general community amenities.

Some of the older buildings have made it through the developers net, but a lot have been demolished. With ultra modern high rise residential blocks popping up, the gentrification of Wanchai started. Mostly to the South of Hennessy Road towards the hill behind, the contrast is stark, with a calm and peaceful village atmosphere. Luxury apartments with fabulous views, stand alongside luxury shops and wine bars, cute café’s and gourmet restaurants, nestled together on quiet streets. 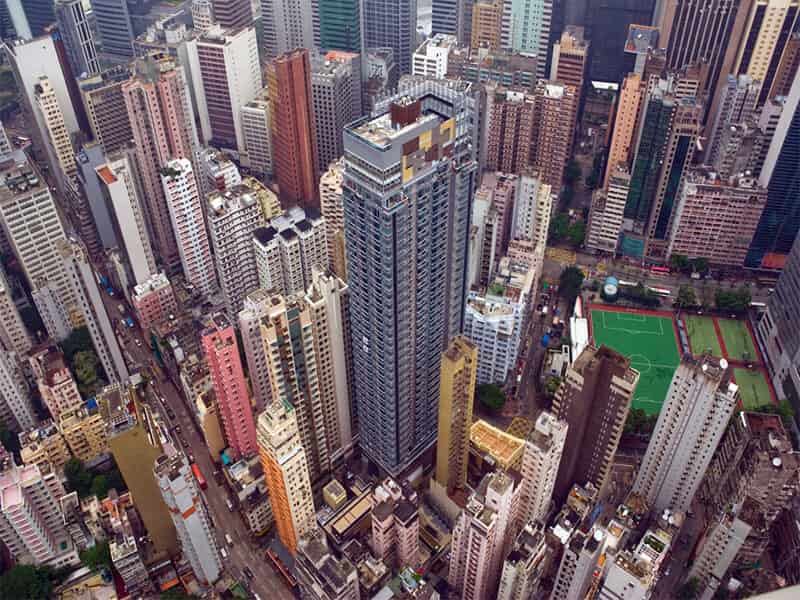