One of the first neighbourhoods to be developed in Hong Kong, Shau Kei Wan was inhabited by fishermen as early as Ming dynasty. Though historically a fishing village and a harbour of refuge, the area gradually transformed into an industrial district in the 1920s as its population continued to grow. In the 1960s, large-scale housing projects and reclamation took place in Shau Kei Wan, creating and giving shape to its current landscape.

In recent years, this aging district is being given a facelift as old properties are acquired by developers for redevelopment. It is true that property prices in Hong Kong are among the most unaffordable in the world. It is because the supply on Hong Kong Island and the Kowloon Peninsula is so limited that the government has developed new towns all over the New Territories to provide public housing and now private estates.

Given the sharp rise in property prices in the past decade, buyers have shifted to the New Territories to look for more affordable homes. Recently redeveloped districts in the urban area have been offering new small units at low cost. The outlook of these areas, benefiting from the social and traffic infrastructure, such as Shau Kei Wan, is deemed to be promising.

In Shau Kei Wan, there is no shortage of medium and small homes supply. Some standalone apartment buildings in the area offer entry-level homes to buyers. As these buildings are located on Hong Kong Island, they also attract investors.

Developed by Nan Fung Group and located at 33 Chai Wan Road, Island Garden is composed of four blocks of apartment buildings offering 470 flats. The project, offering mainly sizeable apartments, released the first price list last October involving 148 units. This year it will offer more discount privileges from 20.8% to 26.08% to buyers and will launch 50 new flats. In early March, a purchaser bought the four units (two two-bedroom and two four-bedroom units) on the 30th floor of block two, which amounted to a total saleable area of 4, 334 square feet.

Built by Wheelock and Company, Island Residence is a standalone apartment building on 163 Shau Kei Wan Road offering 170 flats with a saleable area between 216 and 1154 square feet. Seventy per cent of the units are studio and one-bedroom design, and there are seven specially designed units. A shopping precinct occupies the ground and first floors of the building. The rental cost is $60 per square feet which is higher than others in the same district. The Island Clubhouse and Garden area total 37,210 square meters. Facilities include a 25-meter indoor heated swimming pool with Jacuzzi, banquet hall, multi-purpose boardroom, children's playroom, reading area, fitness room, wine tasting space, film and television room, Karaoke, darts experience area, etc., compared to 470 residential units, the facilities are sufficient.

The project belongs to Sun Hung Kai Properties. The estate is comprised of two blocks of apartment buildings and offers 650 flats in the studio, one-bedroom and two-bedroom designs, and there are also homes with unique features. The surface area of standard units is between 281 and 889 square feet.

There are several shopping arcades in Shau Kei Wan, such as Yiu Tung Shopping Centre, Oi Tung Shopping Centre, Hing Tung Shopping Centre and Soho East. Each is located underneath a housing estate and was built mainly for the residents in that area. The structure and the interior design of these shopping centres are different from those found in Central; the emphasis is placed on the internal function and practical space rather than detailed decoration or facade. The shopping units inside include stores such as supermarket, Chinese restaurants and clothes shop. The goods here are relatively cheaper and usually are commodities. 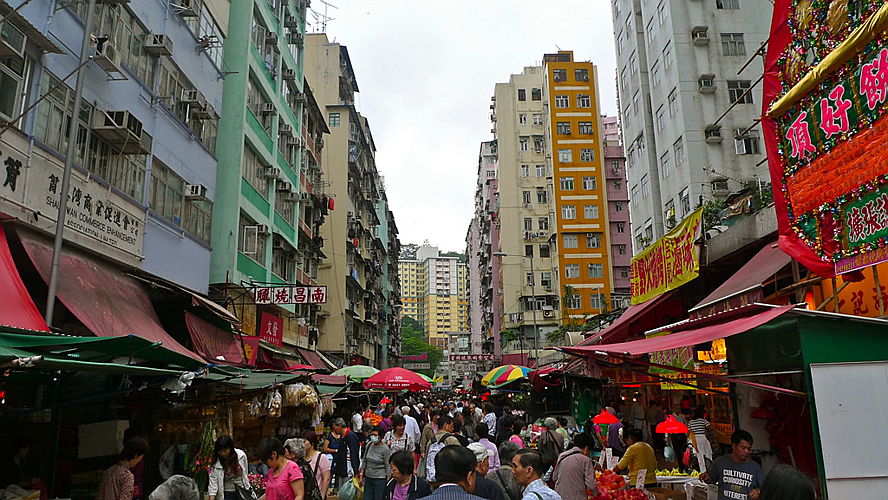