Marinella Apartments and Living in Aberdeen

Marinella is a luxury residential project at No. 451, Aberdeen Inland, Wong Fuk Road, Wong Chuk Hang, South Island, Hong Kong. It is on the opposite side of Ap Lei Chau Estate, South Bay, October 15, 2007. The site was won by K. Wah, Shun Hing and Nan Fung for $5.71 billion. It was built on the side of Deep Bay and Aberdeen South Typhoon Shelter. It was situated on the side of the single-storey Treasure House and the back of the Tung Wah Group of Hospitals. The centre was appointed at the end of November 2012.

The project has a site area of ​​68,922 square meters and provides 6 seats, totalling 411 groups, with a total area of ​​745 to 5,173 square feet, ranging from one to four bedrooms. More than 80% are three-bedroom double or four-bedroom three-bedroom houses, 25 to 30% Featured households, involving about 100 people, including connected, duplex and Skyline houses and villas.

Designed by Arquitectonica Architects of the United States and Hong Kong Wang Dong Architects, Sham Wan 9 is also a luxury home with an environmentally friendly concept. It is equipped with a new solar photovoltaic system to generate electricity. It has 463 blocks in the project. A total of approximately 6,500 square feet of solar photovoltaic panels share the public utility needs of the building with renewable energy. A rainwater circulation system has also been set up to collect natural rainwater for use as an irrigation botanical garden. In addition, the project's parking lot provides electric vehicle charging facilities, parking lot and kinetic energy sensor and exhaust fan sensor, which can automatically sense carbon emissions and adjust wind speed to reduce unnecessary energy consumption.

In Aberdeen, you may go to visit Country Park or Promenade. The Country Park has an area of about 1,045 acres (423 hectares). It's one of the country parks that Hong Kong developed in the earlier period. The Promenade neighbours on Wholesale Fish Market on the west and Squash&Tennis Center on the east with a total length of around 800 meters. The Promenade provides the open-air plaza, children's playground, basketball ground and many other facilities. Along the seashore of the Promenade, there are a few of piers, which offer the ships to Ap Lei Chau and the outlying islands. The ferryboats to Jumbo also anchor there.

Founded in 1984, the Aberdeen Marina Club (AMC) is one of the most prestigious private clubs in Hong Kong. Membership to the AMC is exclusively by invitation, which means there are significantly more individuals and corporate clients who wish to join the club than the actual membership can allow, as there has always been the case.

The well-appointed premises are located at a quiet corner of Shum Wan Road, offering members and their family a pleasurable lifestyle with a level of privacy to match.

Jumbo Seafood Restaurant is a famous attraction in Hong Kong. Because it is located in the sea and decorated with the characteristics of traditional Chinese palaces, it is a must for foreign tourists. Many travel books have introduced tourists to this attraction, tasting seafood, and have accumulated more than 30 million visitors. Jumbo Seafood's giant seafood pool has more than 60 kinds of seafood and has the largest UV disinfection system in Hong Kong [18]. In addition to seafood, Jumbo Seafood also offers Cantonese and Chinese dishes such as dim sum. The kitchen is housed on a separate barge and connected to the seafood floor with an overhead springboard bridge.

Looking for something more modern and being involved with sea life, nearby Ocean Park can be found that consists of four roller coasters, two water rides, live animal shows, cable cars and many other attractions. It’s a fun-filled experience for the family, but an educational one, too. The live animal shows teach visitors about sea life and the importance of saving the environment. That is suitable for family’s needs with children who seek for amusement during the weekend. 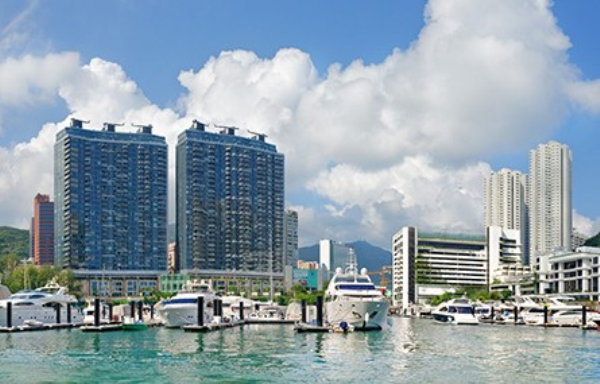