Pirates of the Orient

Pirates of the Orient

Hong Kong’s strategic location on the Pearl River Delta and the South China Sea has made it a thriving cosmopolitan city with a rich past. We mostly think of this past starting at the time when China’s Qing Dynasty government was defeated in the First Opium war in 1842 when it ceded Hong Kong Island to Britain and further Kowloon, the New territories and 235 outlying islands within the next 60 years.

However going back beyond a thousand years from the Qing Dynasty , Hong Kong had a very colourful history of marauding pirates,  powerful clans and European trading.

Hong Kong’s oldest industry came in the first years of the Ming Dynasty (1368-1644), whose founding emperor declared a “sea ban” in 1371 prohibiting private overseas trade and forcibly relocating coastal communities inland. Over time, however, it became clear that the ban was not only unworkable but encouraged piracy by making outlaws of shipwrights, fishermen and traders.

To Spanish and Portuguese seafarers, Hong Kong was the northern anchor in a chain they called the Ladrones – the Islands of Thieves. At the turn of the 19th century, the waters that lap our shores were the dominion of pirate admirals with thousands of war junks under their command, terrorising the ships and seaside settlements of southern China.

Hong Kong’s very own famous and notorious “Jack Sparrow” pirate was Cheung Po Tsai. Born in Jiangmen, Guangdong province, to a family of Tanka fishing folk in 1783, he was kidnapped at 15 by the infamous pirate duo Ching Shih and Cheng I when he was a boy, thus beginning his journey into a life of crime on the high seas. According to legend, at the apex of Cheung’s power, he led 600 pirate ships and more than 25,000 men in the South China Sea. He became a type of Robin Hood hero amongst local villagers and was reputed as never killing women or children.

In 1809 Cheung’s massive fleet suffered a series of blows from the Portuguese navy, forcing him to accept an offer of amnesty from Qing authorities in exchange for his surrender. After his surrender, the Qing government forced Cheung to become a colonel in the imperial navy, tasked with capturing his former brethren.

He was said to have buried his loot or treasure in a cave on the island of Cheung Chau named Cheung Po Tsai Cave and to this day, people still try to seek out this treasure unsuccessfully so far.

Cheung’s legacy extends beyond the cave of his namesake – his influence can be found across Hong Kong’s outlying islands and coastal areas, such as Lamma Island, Tap Mun, Sai Wan, Chung Hom Kok, Chek Chau and Siu Kau Yi Chau. He also built a handful of Tin Hau Temples – dedicated to the Chinese Goddess of the Sea – in Ma Wan, Cheung Chau and Stanley.

There was also a cave linked to Cheung on Lamma Island, which at nine levels deep, was much bigger than its more famous Cheung Chau cousin. It was thought to be destroyed in 1979 with the construction of a power station nearby, but may be partially accessible again after an entrance was exposed by decades of weathering. 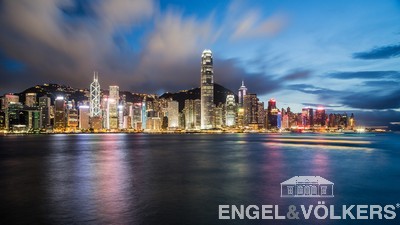