This very popular area is located on the western south side of Hong Kong Island. Whether you see Pok Fu Lam as a coastal neighbourhood or a garden suburb, this district on the fringes of the Mid Levels is widely favoured by ex-pats. There are plenty of open green spaces, it’s typical to enjoy stunning ocean views, and the residential apartments are generally well proportioned with three or more bedrooms in the newer developments. The convenience to Central with multiple forms of transport makes this district easy to get to and from, and appeals to both families and singles alike.

At the centre of Pok Fu Lam is an historically important indigenous village, the Pok Fu Lam which dates back to the 17th century and is the only one of its kind remaining on Hong Kong Island. Often mistaken as a shanty town or slum by the residents of the surrounding apartment towers, the conservation value of the village has been acknowledged by its inclusion on the 2014 World Monuments Watch by the World Monuments Fund.

Before this protection was awarded, the village’s continuing existence had previously been quite controversial. The views of locals and government varied widely.  Local residents repeatedly asked the government to give indigenous inhabitants of Pok Fu Lam the same recognition as residents of the New Territories. These claims had been rejected by the government which also threatened demolition of the village.

Considered to hold great beauty with the mountains and the sea, Pok Fu Lam’s original settlers set up home by the stream that cascaded down the hill towards Waterfall Bay. Many of these settlers and their families had fled Hong Kong Wai and Shouson Hill Village to escape from pirates. The stream allowed the settlers to live off the land, rather than the sea, and villagers began to grow rice, vegetables, root crops, ginger and tea. The stream was also used to supply passing British ships with fresh water in the early 19th century.

Pok Fu Lam has always had an interesting history and can claim several firsts in the history of Hong Kong. It was the place where Hong Kong's floral emblem, Bauhinia blakeana, as used on the Hong Kong flag, was first discovered. It was the site for Hong Kong's first reservoir, Pokfulam Reservoir (1883, now part of the Tai Tam country park), and the site for Hong Kong's first dairy farm in 1885. The farm supplied not only milk, but cattle to Hong Kong, and later became known as simply Dairy Farm. By the time the early 1980’s came around however, this dairy farm had been relocated to the New Territories to make way for the explosive development that was starting to happen on the island. Of the dairy, you can still see the original octagonal milking sheds today that have been restored and make up part of local tours of the area.

Part of Pok Fu Lam’s attraction for ex pat’s goes back to the suburbs earlier ties in colonial days, evidenced with the visible number of colonial style buildings that still stand in the area. This tie continues today. Many of these buildings have been held and finally restored by the education department and other government bodies. One of these is Bethanie which was built as a sanatorium between 1873 and 1875 for the French Catholic missionaries in China, better known as Missions Etrangères de Paris or MEP. Recently restored with loving care, Béthanie is now used by the Academy for the Performing Arts for educational purposes. Béthanie includes a small chapel. In its present restored configuration, this chapel seats about 100 and is used each Sunday by Emmanuel Church – Pokfulam. The Béthanie chapel is a beautiful Neo Gothic structure. Some of the original statuary and stained glass windows have been recovered and re-installed.

There are a number of low rise apartment buildings created in the post colonial era dating back to the 1930’s to 50’s, which have the parquetry floors, curved walls and high ceilings dotted amongst the leafy hillside. Many of these have been beautifully renovated by the individual owners, and overall these buildings are much appreciated and well maintained. If you are lucky enough to find one to buy in original condition, they are a renovators dream, with high ceilings, huge proportioned rooms and generally plenty of light through larger windows. Villa Felix is a good example of this period.

Pok Fu Lam is also home to a number of luxury ultra modern town houses and low rise residential complex’s that offer every kind of facility that one could imagine. Larger developments such as Bel-Air in the popular Cyberport complex offer luxurious living, with panoramic views, swimming pools, and access to shopping arcades, cinemas, health and fitness, and much more. Lower rise developments such as Aqua33 and Regalis cater specifically to families and offer resort style facilities. If you want more privacy and a garden or private pool, or both, there are the luxury townhouses such as Villa Cecilo or Pok Fu Lam Peak that provide the ultimate in hi-end living.

This neighbourhood is well known for it’s good Feng Shui created by the blend of the mountains, the ocean and the sky. Located on a hillside overlooking Lamma Island and out to sea, wherever you choose to live in Pok Fu Lam, there will be plenty of fresh open space and splendid views. The pace here is much quieter, with lush vegetation, plenty of green areas and yet it’s only a 15 minute drive to Central.

Here, it’s ideal for those wanting to escape the busier areas in Hong Kong, and who wish to have more space for their families.  If you need to have access to schools, the British International School is located here (Kellett) that takes students aged from 4 – 18, The English School Foundation (ESF Kennedy School) and many more from toddler to senior are located nearby. With sporting facilities and venues, a choice of hospitals, shopping centres, restaurants and entertainment, parks and grounds, Pok Fu Lam really has it all.

To get to Hong Kongs best beaches in the summer months, there are regular buses on the south side, with Deep Water Bay, Repulse Bay and South Bay all within easy reach. With an abundance of hiking trails at the doorstep, this is a great place to own a mountain bike, or get into the hiking scene. The reservoir areas are a must for anyone into photography with so many wild life species and birds to capture. The number of war time buildings, ruins and monuments in the area make for exciting discoveries as you hike, and heritage trails to follow from an afternoon to a weekend.

Things to Look For

Whether you plan to buy or rent in Pok Fu Lam, look for places that have on-site car parking. If you plan to have a live-in helper, make sure that the accommodation offered for them within the apartment is light, spacious and considerate. For children, obviously space is best with open plan layouts, and look for good clubhouse facilities, as these are well supervised by staff for children’s activities, swimming pools and playgrounds. 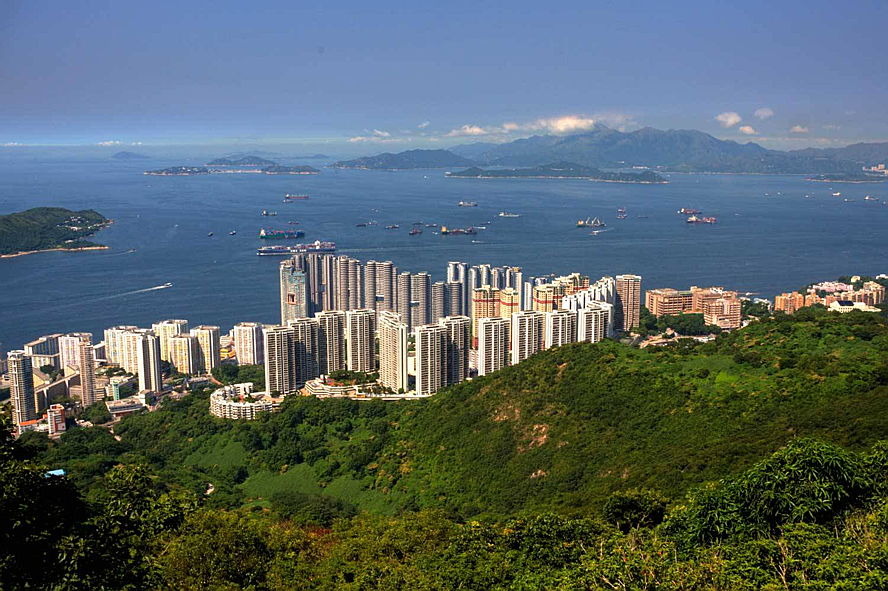