Providence Peak is the second phase of Providence Bay, located at No. 8 Kejin Road, Tai Po. It is called "Providence Peak". The project consists of 13 tiered houses and 11 single houses, providing a total of 548 units. The tiered units are mainly made up of 3 or 4 large houses, but there are also small one-bedroom units. There are also special units such as platform gardens, sky pools and large duplexes; the floor area of ​​the stratified units ranges from 788 sq.ft to 2,642 sq.ft, and the building area of ​​the houses ranges from 4,158 sq.ft to 4,260 sq.ft. Providence Peak has a gross floor area of approximately 897,000 square feet and a total of 548 residential units. All units in the second phase are based on artificial landscapes such as gardens and outdoor swimming pools.

Providence Bay is a private residential development located in Pak Shek Kok, Tai Po, New Territories, Hong Kong. It is co-developed by Sino Land, Nan Fung Development, K. Wah International and Wing Tai Properties. It is located on the shore of Tolo Harbour and adjacent to the Chinese University of Hong Kong. And the Hong Kong Science Park. The project consists of Sites A, B and C in Pak Shek Kok. The Group led the trust consortium in March and September 2007.

In addition, the project was initially designed by the famous British architect Norman Foster Architects, and the project architect is Hong Kong Hu Zhouhuang Architects. The first phase of the building was launched in November 2011, and the demonstration unit was set up in Olympian City Phase 2.

Providence Bay, Providence Peak and The Graces together comprise an aggregate gross floor area of approximately 2.1 million square feet. This project is located at the Tolo Harbour waterfront area of Pak Shek Kok and is adjacent to the Hong Kong Science Park. This development offers low-density residences with a sea view of Pat Sin Leng and Tolo Harbour and a backdrop of scenic mountain ranges. Designed by Foster + Partners, the project also features a luxurious clubhouse designed with comprehensive leisure facilities.

Tai Po, is an area in the New Territories of Hong Kong, the vicinity of the traditional market towns in the area, presently known as Tai Po Old Market on the north of Lam Tsuen River and the Tai Wo Market on Fu Shin Street (the current Tai Po Market) on the south of the Lam Tsuen River, near the old Tai Po Market railway station of the Kowloon-Canton Railway (British Section). Both market towns became part of the Tai Po New Town in the late 1970s and early 1980s. In present-day usage, "Tai Po" may refer to the area around the original market towns, the Tai Po New Town, or the entire Tai Po District.

Some expat families choose to live in Tai Po, in the New Territories, for the past four years. The historic market town has many modern amenities, but there are about 80 remote villages in the area which date back generations, making it a fascinating mix of old and new Hong Kong.

The 500,000 square feet Tsz Shan Monastery with the world’s tallest bronze statue of Guan Yin has been a signature of that region. It was completed in 2013. There’s a bicycle route that runs from Sha Tin to Tai Mei Tuk where you can find good restaurants and enjoy the views.

A lot of expats think that Tai Po is very far from Central, but actually it’s only about 30 minutes. More people are moving here, and arriving four years ago, Tai Po is constantly changing. A marketplace supermarket opened recently, and more things are coming in the future.

It’s the perfect place to live because there’s such a great variety of options, from swimming to basketball. You can find everything you need in Tai Po, or if you’re looking for something special you can be in Kowloon in 30 minutes by MTR, or Central in 50 minutes. 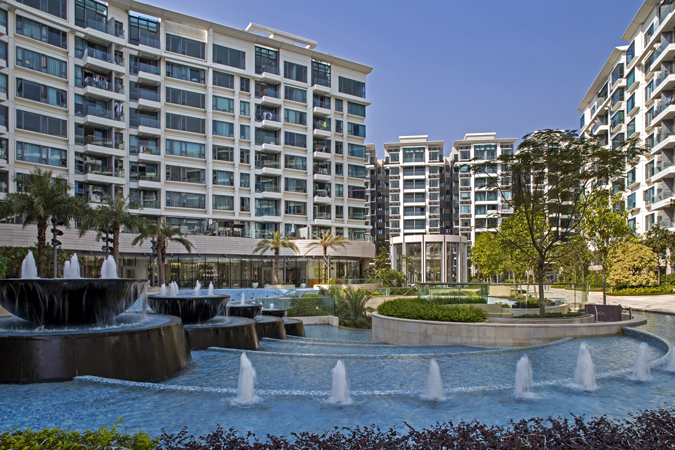