Stanley Knoll is one of those places that has everything you need, set up to welcome families no matter where you come from, where you will find yourself feeling right at home. Located on a hilltop rise on the southwest side of Stanley, this older style low rise residential development is at the heart of everything. And yet you can feel the tranquility calming you as soon as you enter, created by the lush hillside and mountain surrounds.

Built in 1979, the dwellings are generally duplex apartments with gardens or roof terraces.  The western style houses are simplex type spread out over triple levels with private roof terraces and gardens. All 37 dwellings have spacious open plan living and dining with soaring ceilings. Although an older complex, this development has been extremely well maintained and cared for with the original developers still holding a number of the properties to ensure consistency for the overall upkeep and image of the building.

Families love the extra space, size and layout of the dwellings which have panoramic views looking outwards towards Stanley Beach and Tai Tam Bay. Ranging between 2350 and 2700 sq ft saleable area, some of the dwellings have been independently renovated to the highest levels of luxury and comfort  with 3 to 5 elegant bedrooms, sophisticated and tasteful décor and designer appliances.

Within the complex the well maintained facilities include a large resort styled outdoor swimming pool and two tennis courts. There is a BBQ area to enjoy and there are plenty of play areas for small to younger children. The location on Stanley Village Road is only a five minute walk to all the shopping and recreational amenities of Stanley village.

Other developments in the area are mainly detached, semi-detached townhouses and low-rise residential blocks. This helps to keep the lovely village atmosphere of this beautiful seaside suburb.

Located on a peninsula the south side of Hong Kong Island and once the largest settlement on the island, Stanley has developed into an attractive seaside town much favoured by both ex-pats and wealthy locals. Recent waterfront redevelopment has given it something of a Mediterranean feel and its famous market, charming waterfront, excellent beaches, bars and restaurants and other attractions make it a popular tourist destination.

Stanley has two fine sand beaches, Stanley Main Beach and St Stephens Beach. Stanley Main Beach lies on the opposite side of the peninsula to Stanley Market but only about 5 minutes walk away. From the bus terminus follow Stanley Beach Road for about 200 meters to reach the beach. This is a popular windsurfing beach and is home to the annual dragon boat races. The beach has a café, changing rooms, showers and public toilets. At the eastern end of the beach is a pier and the Hong Kong Sea School. At the western end on a rocky outcrop are barbecue areas which extend around the corner to the small Hairpin Beach.

This six-storey modern development links a bus/minibus station at the the highest level to Murray House and the waterfront. The plaza has a variety of shops including G.O.D, Rapee Living Outlet, Book Buddy, City Lifestyle, Agatha, Mama Kid, In-style,Grace Optical and Taste supermarket.

estaurants and café’s include Zen Garden, Mirch Masaia, MacDonalds, Classified, Starbucks, Chez Patrick Deli and Vellness Cafe. The plaza is fronted by a piazza with alfresco dining, children's playground and an amphitheatre where regular entertainment events take place. There are excellent views across Stanley Bay from the higher levels. Two magnificent old banyan trees which have survived the considerable redevelopment of recent years stand proudly in front of the plaza and bring a touch of welcome greenery and shade from the hot sun. Stanley Plaza claims to be Hong Kong's first pet-friendly mall.

A major redevelopment of the waterfront area was completed early in 2008 and an attractive boardwalk has been constructed widening the space for public enjoyment between Stanley Main Street and the bay. The boardwalk is lined with young trees and benches and is the location for Stanley Waterfront Mart with a small number of souvenir shops, bars and café’s. Adjacent to the boardwalk is Village Square, a covered amphitheatre where free concerts are often performed at weekends. On Stanley Main Street are pubs, bars and restaurants with a wide range of international cuisine.

Murray House is a fine colonial building originally built in 1844 in Central on the current site of the Bank of China. Named after Sir George Murray, British Head of Ordnance it was once a British Army Barracks. In 1982 the building was dismantled stone by stone, catalogued and put into storage. The building was subsequently restored and re-erected on Stanley waterfront in 1999. Although component had been numbered during dismantling, when the building was restored six surplus columns remained and these have been erected in front of the building. The building is surrounded by verandas supported by ornate columns giving it an open and airy feel. There are restaurants on the first and second floors and on Saturdays and Sundays Stanley Plaza Bazaar operates in Murray House from 12pm to 8pm. In September 2015 fashion retailer H & M opened a store on three floors of Murray House.

Located on Stanley Village Road and surrounding alleyways this is a part covered, part outdoor market open from 10am (some shops open a little later) to 6-30pm daily. The market is popular with both tourists and locals and gets particularly busy at weekends. There is a variety of shops and stalls selling a variety of casual clothes, footwear, sportswear, artworks, antiques, jewellery, toys and souvenirs. 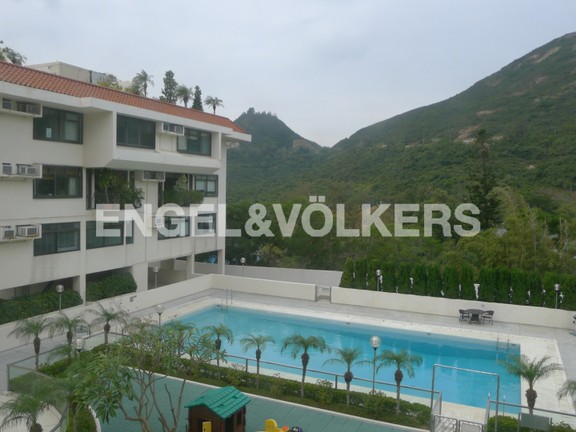