Living at Wong Chuk Hang on the South Side

Wong Chuk Hang means “Yellow Bamboo Ditch (or Grove)” in Cantonese but there is very little about the district these days that would make you believe it was once a small rural village on the south side of Hong Kong Island, hidden behind Mount Cameron and Mount Nicholson and literally covered in yellow bamboo.

It became an industrial district after World War II with growth coming rapidly by the opening of the Aberdeen Tunnel in 1982. By the late 1980s, more than 1,190 factories were operating in the area.

Locals who grew up in the Public Housing Estate, which was built during the area’s industrial heyday, have seen much change over these years and can recall the working-class character of the area. Trucks loaded with stacks of freshly printed paper products hurried to and from the tunnel that connected the secluded south side community to Hong Kong’s business districts and port. Next to looming factory blocks, residents went about their daily lives, haggling over food, playing cards, worshipping at temples and hanging their washing out on gravity-defying bamboo sticks, from windows and balconies. It was a busy and very lively community.. The housing estate was eventually demolished in 2007 to make way for the construction of the MTR’s new Wong Chuk Hang Station and Wong Chuk Hang Depot.

What many people don’t realise is that behind the industrial facades lay centuries of history. The area is home to some of the island’s most ancient rock carvings, highly unusual in that they are located at least a kilometre from the sea. The neighbourhood is also home to one of the Heritage Departments most recent declared monuments, The Old House at Wong Chuk Hang San Wai, one of the few traditional Chinese vernacular houses preserved on Hong Kong Island. See here - www.amo.gov.hk for further details.

Over time the vast majority of factories have moved their operations to the mainland, leaving behind only a handful of small-scale industrial operations. Today, connected to the rest of Hong Kong by the South Island Line, this formerly far-flung outpost is no longer isolated from the city’s hustle and bustle. The six-minute MTR journey to Admiralty has drawn more tourists, business people, expats and other newcomers, leading to rapid renewal and gentrification.

Taking care of the fashionable crowd who live and work here, Wong Chuk Hang has a variety of innovative party venues, art spaces, restaurants, cool bars, cafes and fitness centres to hang out in during and after work. The factories are still serving a purpose, albeit one quite different to that for which they were originally designed and used.

Smart developers have over the recent few years, seized on the uniqueness of this neighbourhood and have designed and built ultra cool and high-tech apartment complexes and dwellings within the otherwise empty, unused forests of industrial buildings. These funky studios upwards to 3 bedders have high ceilings and open plan living spaces with wide stairs, large windows and creatively interesting entrances and common areas. Close by with views out over the sea, new ground up luxury developments have been added into the mix, providing resort style facilities and clubs such as Marinella and Grandview Gardens.

Aberdeen, Ap Lei Chau and Ocean Park are all linked with Wong Chuk Hang industrial district, and provide a wealth of fun, recreational and entertainment options for those who visit or live here. Families can find plenty of spacious dwellings in and around the area with international schools, hospitals, large shopping centres and amenities all within easy reach. Private clubs worth joining are the Aberdeen Yacht Club and the Hong Kong Country Club close by. 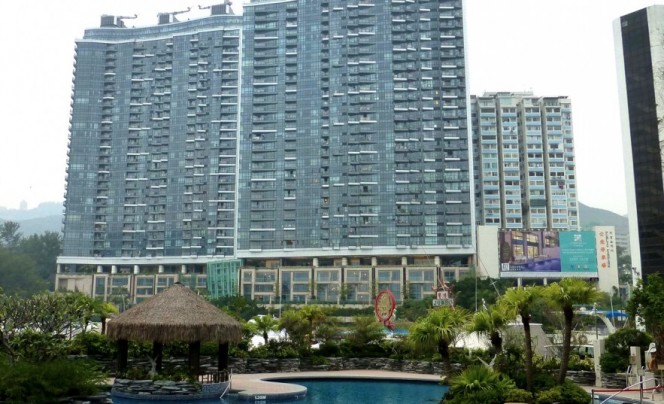