Property market on the Spanish mainland: Prices rise for the fourth year in a row

The Spanish property market continues to experience an upward trend. In 2017, sale prices for residential property on the Spanish mainland rose by 8 percent over the previous year. “The highest increases were seen in Barcelona and Madrid. The number of property transactions also grew, as did the number of new developments,” said Juan-Galo Maciá, CEO of Engel & Völkers in Spain, Portugal and Andorra. The current trends in the individual property markets are summarised by Engel & Völkers in its “Market Report for Spain and Andorra 2017/2018”. 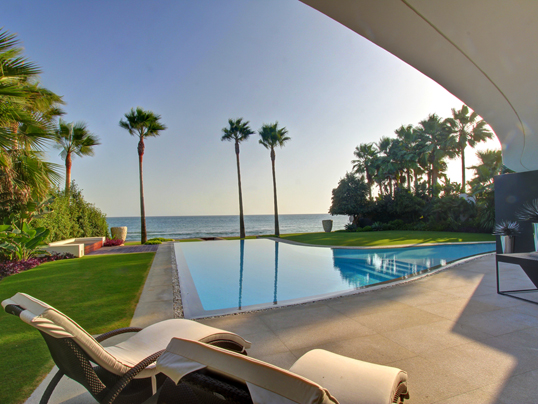 Holiday destinations still much in demand

Some of the most expensive destinations on the Spanish mainland continue to include holiday destinations on the Costa del Sol and the Costa Brava. In Marbella, asking prices for exclusive properties in Los Monteros reached as much as 20,000 euros per square metre. This residential neighbourhood is located in the east of Marbella and international buyers here account for 95 percent of the market. Another premium location is the so-called “Golden Mile”, which is popular for second homes above all among Belgians, Swiss and Norwegians. New build properties and modern villas on the seafront or with ocean views are highly sought-after.

The former fishing village of Cadaqués on the Costa Brava has become one of the most popular holiday destinations in Spain. The world-famous Spanish artist Salvador Dalí had a holiday home here, which has now been turned into a museum. Thanks to its proximity to Barcelona and France, this coastal resort on the Cap de Creus peninsula is also popular with international buyers. Spanish and overseas investors are equally well represented here. Last year, luxury villas directly on the seafront were offered for up to 17,000 euros per square metre.

With a top price of 10,000 euros per square metre, the three locations of La Zagaleta, Castell Platja d’Aro and Roses are some of Spain’s most exclusive holiday destinations. The residential development of La Zagaleta lies on a hillside several kilometres outside of Marbella and the marina Puerto Banús. 70 percent of buyers in this region are from overseas, mostly from the Arab Emirates and France. The same buyer group can also be found in Castell Platja d’Aro on the Costa Brava. Here, potential buyers look primarily for detached houses in the district of S’Agaro, which is a celebrity hotspot. The town of Roses in the south of Cap de Creus is also sought-after with international buyers. Wealthy families from France, Germany, Belgium and Switzerland come here to look for new build properties or renovated detached homes with ocean views. 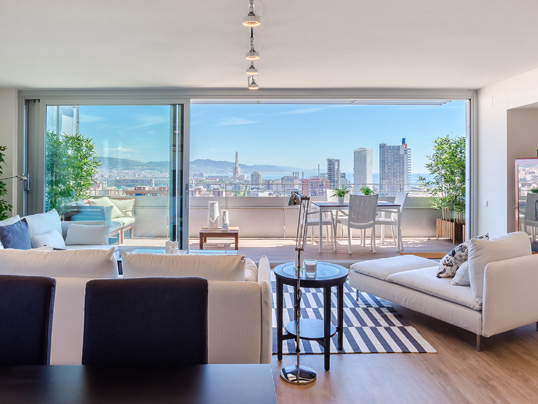 Some of the most expensive primary residence locations on the Spanish mainland are Barcelona, Madrid and San Sebastián. In 2017 Barcelona achieved the highest asking prices for residential property in prime locations. Peaking at a price of 17,000 euros per square metre, Diagonal Mar was the most exclusive location in the city. The district is noted for its high-end residential complexes, luxury hotels, conference and shopping centres and museums, as well as its proximity to the beach. Buyer interest here centres above all on spacious and modern freehold apartments with ocean views and a garage. Around 38 percent of buyers in the Catalonian capital are from abroad, mostly from Europe.

Madrid is also one of the most popular residential locations on the Spanish mainland. The most exclusive locations in the Spanish capital can be found in the district of Salamanca, which is particularly popular among the political and business elite. Premium property here is sold primarily to Latin American buyers from Venezuela, Colombia and Mexico. In 2017, the number of buyers from the UK and the USA also increased. They are particularly keen on large villas in Salamanca’s Castellana district. Prices per square metre for exclusive properties here reached as much as 13,700 euros in 2017.

Buildings dating from the 19th century are a characteristic feature of San Sebastián. The Área Romántica at the centre of the city is the most expensive location. Prices per square metre here reached as much as 11,900 euros in 2017. Domestic buyers dominate the market in the capital of the province of Gipuzkoa. Here international buyers, most of whom come from the UK and the USA, are looking for large villas or modern freehold apartments in the centre. Around one third of buyers purchase property in San Sebastián as an investment.

The Spanish property market is likely to continue its positive trend, according to the predictions of Engel & Völkers. The growing demand from international and domestic prospective buyers and the strengthening of the Spanish economy will ensure that property prices continue to rise. Due to the improved economic situation in Spain, families and young people are increasingly opting to buy property instead of renting. It is estimated that the prices for Spanish properties will not only rise most sharply in the major cities such as Madrid and Barcelona but also in medium-sized cities including Valencia and Málaga. Engel & Völkers expects to see the biggest price increases on the Spanish mainland in the centre of Valencia, among other places. New build activity also looks set to continue, mainly in Madrid and Barcelona. “We expect sale prices of residential property in Spain’s prime locations to rise by more than 10 percent in 2018 compared to the previous year,” Juan-Galo Maciá added.