Lydia Zingoni - is a woman on a mission. 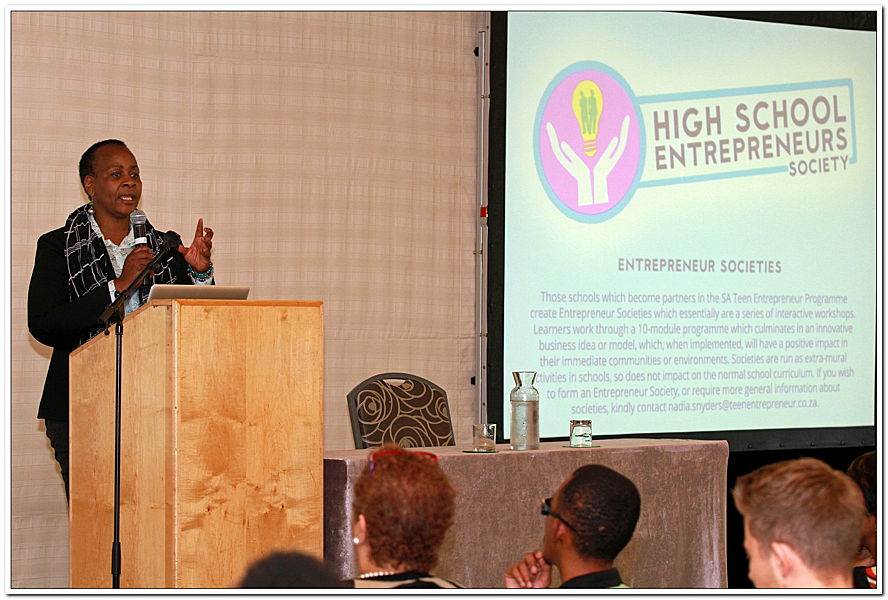 If the success of the SA Teen Entrepreneur Foundation was commensurate with the passion and energy of its founder, Lydia Zingoni, it would already be a listed company! That said, this non-profit organisation is decidedly not only about generating revenue. Rather, it is about encouraging young people to be entrepreneurial, harnessing their inventiveness, and driving them to becoming creative and responsive within their own environments, thus enabling THEM to make the revenue!

Lydia Zingoni is a veritable powerhouse! Originally from Zimbabwe, she has been in Cape Town for nearly twenty years. The journey here included time in London, where she spent eight years with her husband who was completing his PhD in Civil Engineering. Whilst there, Lydia, a graduate in Economic History, worked as an Information Management specialist in a range of positions, and also completed a Masters in the subject, sponsored by the London Borough of Kensington and Chelsea.

It is quite clear from talking to her that her thirst for knowledge has never waned, and she is passionate about empowering young people to have access to the tools they need, both academic and practical, in order to grow and prosper. Along with their two girls, born in London, Lydia and her husband returned to Harare in the mid 1990s, where he took up the post of Dean of Engineering at the University of Zimbabwe. Never idle, Lydia gave birth to a son, and formed a company, Mars Business Directory, which was the first information hub to exist in Zimbabwe; she also set up the first Internet café and the first free advertising paper, (which caught the eye of South Africans doing a similar thing here, leading to a natural synergy). When her husband was offered a professorship at UCT, the family relocated again.

Once in Cape Town, she improved her already impressive academic standing, completing a Postgraduate Marketing Diploma. Following that she was offered the post of Senior Librarian at CPUT where she subsequently became Library Director, and a member of the Board. It was whilst in this post that she became aware of a gaping void in a key area: namely, around establishing one’s own business. In times of excessively high levels of unemployment, the only option, often, is to be a self starter. However, when a group of young students asked her for information about just that, she discovered there simply was none; the concept of ‘entrepreneurialism’ was unknown; no establishments were running courses, there was no real mentorship available, even though there were plenty of examples of successful entrepreneurs who had perhaps got there by accident rather than by design.

Anyone wishing to take any idea from concept to reality was pretty much forging their own, often circuitous and always challenging, path. Lydia became a woman on a mission. She felt, fundamentally, that young people should be asking questions about business and economic independence at a much earlier stage than university, and that high schools should be harnessing this interest. She faced heavy opposition from the Department of Education, who took the view that core subjects had to be prioritised in terms of budget and planning. Undaunted, in 2010 Lydia put her own money into arranging a ‘bootcamp’ for teens, called ‘Millionaires in the Making’. Scale is always of the essence, and following this initial sponsorship along with the nomination to become an NPO meant that expansion and some longevity were now viable possibilities. The MEC for Education, Debbie Schaeffer, was supportive of entrepreneurship being developed as an extramural activity, taking place in schools after the normal business of the day. And so it was that the High School Entrepreneur Societies Program was launched in 2014 at Bishops High School. Eighty schools are now registered, with seven running Entrepreneur Societies as a pilot project in the Western Cape.

Entrepreneur Societies are run at a cost of approximately R 35,000 per year with a large percentage of this funding dedicated to the production of course materials, marketing, and product/idea development. In order to ensure the sustainability of the programme, Lydia works tirelessly at forging partnerships with those organisations which are able to contribute, either financially, or by means of knowledge-exchange, or otherwise, in order to ensure that the SA Teen Entrepreneur Foundation, not only remains sustainable, but is able to make a meaningful impact on the youth of South Africa. Because the concept of youth entrepreneurship is still so relatively new in South Africa, she is also working towards partnering with similar, but longer established, organisations in other countries, which will give her valuable traction and a distinct advantage. Other initiatives of the SA Teen Entrepreneur Foundation include the Awaken the Giant Breakfast Series, where successful business figures talk to the youngsters about their own paths to success; and #TeenBOSS Camps, a youth entrepreneur short course; amongst others. Says Lydia, “Many of these young people face a considerable number of hurdles – but what the SA Teen Entrepreneur Foundation fosters is their ability to see a problem as an opportunity, and to be inventive and creative in terms of addressing the problem which they have identified”. Lydia is especially excited about the Grand Finale, scheduled to be held on 22 October, which will see learners from the seven participating Entrepreneur Societies graduating in a sense.

They will be awarded Certificates for completing the program, and the 5 best business ideas and plans which have been developed over the 10-month period will be celebrated at this event. Lydia strongly feels that positive, solutions-driven outcomes, rather than negative, defeatist ones should be applied in addressing issues and challenges facing our youth. This practical approach, she believes, should be adopted, not only in business, but also in life. She is an avid supporter of this principle, and really is a shining example of a lady who has, most assuredly, put her shoulder to the wheel to make a tangible difference in the lives of the young people – not only of the Western Cape Province – but of the country as a whole! 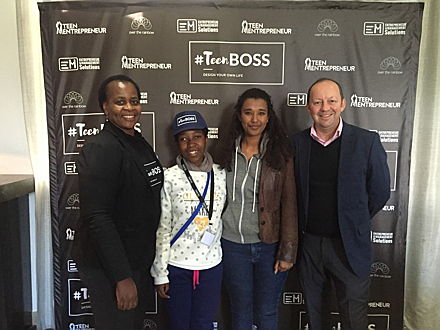 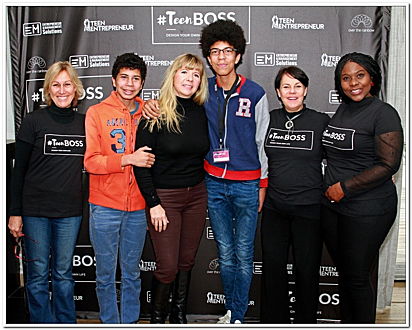 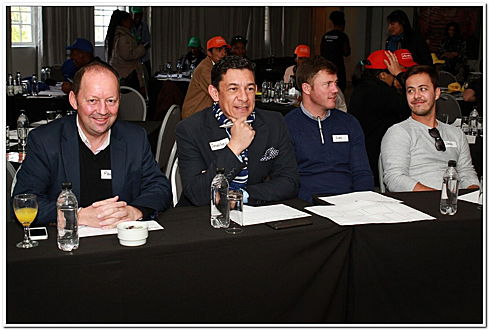