Contemporary architecture and restoration projects due in 2019

We can look forward to some spectacular architecture in 2019, with a host of very different but exciting results of architecture programs due to be unveiled this year.

From refreshed historic buildings to new contemporary architecture, these projects are happening in cities all over the world. Here's our pick of the ones to watch. 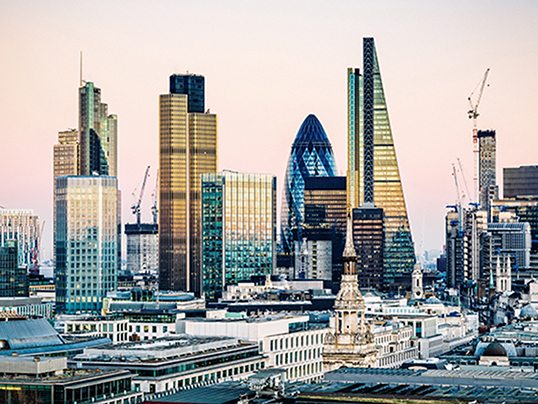 This reconstruction of an historic former palace, known as the Berliner Schloss or Berlin City Palace, is due for completion in September 2019.

Originally built in this 15th century, this grand building began its life as a royal and imperial palace for the Electors of Brandenburg, the German Emperors and the Kings of Prussia. It was demolished in the 1950s after sustaining heavy damage in World War II, and was initially replaced in the 1970s.

The current project, spearheaded by architect Franco Stella, involves reconstructing some of the palace's original Baroque facades, and will also feature a striking modern facade on the side facing the River Spree. Once open, the palace will be the site of the Humboldt Forum, a museum of world culture.

Scheduled for completion in April 2019, the New Bauhaus Museum Weimar will be a new home for work from the famous school of art, design and contemporary architecture in the Bauhaus movement’s city of origin.

There has been a Bauhaus collection on display in Weimar since 1995, at the Museum of Art on the Theaterplatz. However, the original premises were not sufficiently equipped to do the collection justice, hence the commissioning of this new building.

The opening date is particularly significant, as 2019 is the centenary of the founding of the Bauhaus movement.

The Can of Ham

Ever since 30 St Mary Axe in London formally adopted its unofficial nickname to become widely known as the 'Gherkin', there has been a trend towards informal and irreverent naming of contemporary architecture in a way that succinctly describes the building's shape.

That's how the 'Can of Ham' building came by its name, eclipsing its official address of 60–70 St Mary Axe. The distinctive 24-storey office development has an elongated arched shape, with elegant curved sides and flat end elevations. It is due to join the other skyscrapers of the City of London in early 2019, and will provide office and retail space.

It's being called the largest urban development since the Rockefeller Center, and at $20 billion it's easy to understand why. This new project on the West Side of Manhattan is a whole neighbourhood in the making, complete with housing, hospitals, retail space, public parks and more.

The 28-acre development is due to open in 2019, and will also include cultural spaces like The Shed – an expandable arts venue – and public works of art, including a giant sculpture by Thomas Heatherwick called The Vessel, which takes the form of a honeycomb of staircases.

Contemporary architecture to look forward to

There's much to be excited about in architecture programs around the world in 2019. The sheer variety of styles, purposes and locations shows that the art of architecture is still very much alive and innovating. Not only will these projects continue to inspire future generations, but they will soon be joined by a multitude of other impressive building projects in 2020.