The most famous opera architecture from around the world

Opera houses are a city’s statement building: they tell the world that the city has reached a new level of cultural refinement. Almost all of the best-loved and most-visited cities around the world are home to an opera house, and you could spend a lifetime studying them, as no two are the same. Here are just a few of the grandest. 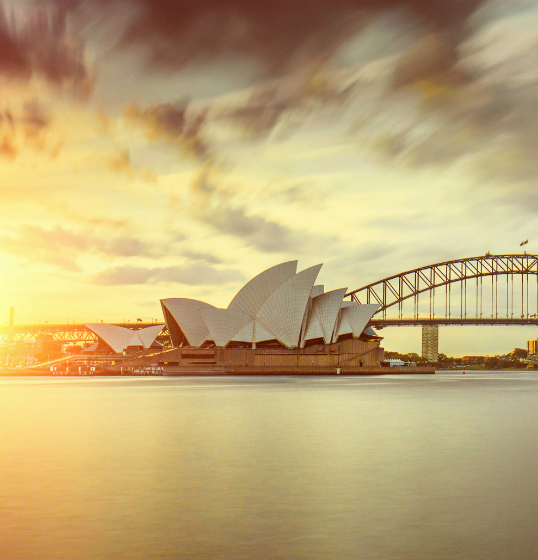 An opera house that needs no introduction. The Vienna Opera House has been a mainstay of European culture since its opening, to great acclaim, in 1869 with a performance of Mozart’s Don Giovanni. It’s been rebuilt since its darkest days in World War II, and it has the largest repertoire of any opera house in the world.

No list of opera architecture would be complete without paying homage to Sydney’s – perhaps even Australia’s – most iconic building. A masterpiece by architect Jørn Utzon, the sail-like roof of the Sydney Opera House forms a shape that’s recognised the world over. Now classified as a UNESCO World Heritage Site, the building welcomes over 8.2 million visitors a year.

To visit Zaha Hadid’s futuristic masterpiece that is the Guangzhou Opera House is to take a leap into the future of opera architecture. Tiny lights in the dynamic, sweeping ceiling make it look like the night sky above the 1,800-strong audience, while the outside is designed to resemble two pebbles on the bank of the Pearl River.

A city never to be left out of the limelight, New York houses a beautifully modern opera house – one of the world’s finest – with a white travertine façade lined with a series of grand arches. Its design by Wallace K. Harrison looks almost as though it’s been dropped in from a film set. The building, opened in 1966, forms part of the wider Lincoln Center for the Performing Arts and replaced a smaller 19th-century structure.

The Beaux-Arts Palais Garnier in the ninth arrondissement is an opulent feast for the eyes outside and inside. It features marble friezes, bronze busts and a painted ceiling by Chagall. The opera house, with its seven-tonne chandelier, was famously the inspiration for the setting of The Phantom of the Opera.

The opera house that championed Wagner’s work when he was destitute, thus reviving opera’s popularity, is still a huge draw today. It is housed in the National Theatre, where red and gold adorn the inside, and a gloriously imposing, eight-columned portico and a statue of Maximilian I Joseph of Bavaria complete the exterior grandeur. It was all but destroyed by World War II bombings, but has since been rebuilt in all its glory.

As each opera house is different, it’s impossible to name all the architectural greats. Taichung Metropolitan Opera House by architect Toyo Ito is a bizarre, modern creation in almost-blinding white materials and glass, with a cavernous interior, redefining what opera architecture should be. The sinewy, curling snake of Harbin Opera House in China, designed by MAD Architects also deserves a mention, as does Dubai Opera House by Zaha Hadid, whose design seems to echo the shifting sands that characterise the region.

To scale new heights in luxurious architecture, view our list of the six most impressive skyscrapers.