The world’s 6 most impressive skyscraper buildings

Whether designed to spiral gently or defy gravity to shoot straight up into the clouds, the world’s skyscrapers are marvels of modern invention. Smart skyscraper architecture does more than simply transform a skyline, it turns a city into a property hotspot. Here are six prime examples: 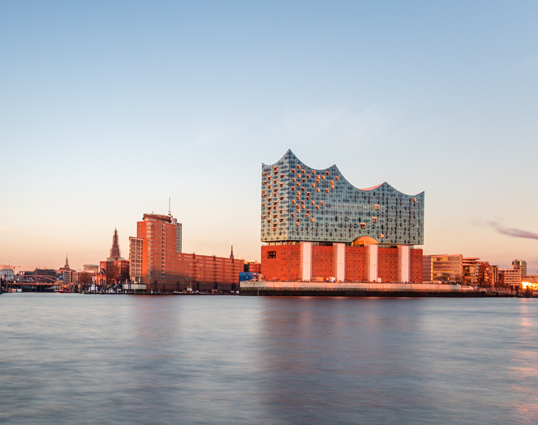 Singapore is famed for its modern architecture, but perhaps none is as vibrant as the Marina Bay Sands complex. Capped with a skypark and infinity pool, the rooftop affords panoramic views over the bay and there's a lotus-inspired museum below. Floating crystal pavilions and luxury boutiques dominate the cascading interiors of its three towers, alongside a Vegas-inspired casino and high-tech MICE facilities.

Immediately catching the eye for its twisting design, Sweden’s Turning Torso looms 54 storeys high into the Malmö skyline. Inspired by a white marble structure called Twisting Torso by architect Santiago Calatrava, it mirrors the original work’s undulating natural form with a sustainable design. All of the building’s offices and luxury flats operate on renewable energy, sourced from solar, wind, geothermal and hydro power.

Another of the world’s most striking skyscraper buildings is undoubtedly Hamburg’s Elbphilharmonie, which marries an ideal Sandtorhafen location with forward-thinking architecture and interior acoustics. Positioned at the western end of the HafenCity near our new corporate headquarters, it’s notable for its crystalline glass façade, luxury apartments and 37-metre high plaza offering 360-degree views of the city. Architects Pierre de Meuron, Ascan Mergenthaler and Jacques Herzog derived their inspiration from sport stadiums, tents and the ancient theatre of Delphi.

A tribute to traditional Chinese mythology, the Shanghai World Financial Centre harks back to the past while showcasing the best side of modern architecture. This impressive high rise is the second largest in China, standing at 492 metres over 101 floors of offices, luxury hotel space and meeting areas. What makes this skyscraper design stand out are its security features. The SWFC can withstand earthquakes as severe as an 8.0 on the Richter scale, with fireproofed floors, obstacle indicator lights and lightning conductors over the building’s surface.

Inspired by Canaletto’s 18th-century Venetian paintings of tall ships and the sky-grazing spires of London’s churches, the Shard stands tall among the world’s skyscraper buildings with a distinct pyramidal profile. Designed by Renzo Piano from glass and steel, the Shard is mixed use, with a combination of offices, restaurants, bars, a hotel and public viewing galleries. Its façade reflects light and colours in unique ways, due to Piano’s use of sensitive extra white glass.

No discussion of skyscraper architecture would be complete without mentioning Dubai’s Burj Khalifa, the world’s tallest at a height of around 830 metres. With 900 ultra-luxe apartments, two observation decks and the Armani hotel on the premises, it caters to Dubai’s elite as well as international tourists. Visit the second observation deck, ‘At the Top Sky’, and you’ll be treated to interactive screens that allow you to virtually fly over the city’s landmarks.

Today’s skyscraper buildings combine the height of contemporary technology with sleek, multifaceted interiors in line with a luxury lifestyle. As we head into 2018, expect to see a greater dedication to renewable energy and longevity in upcoming skyscraper design projects.