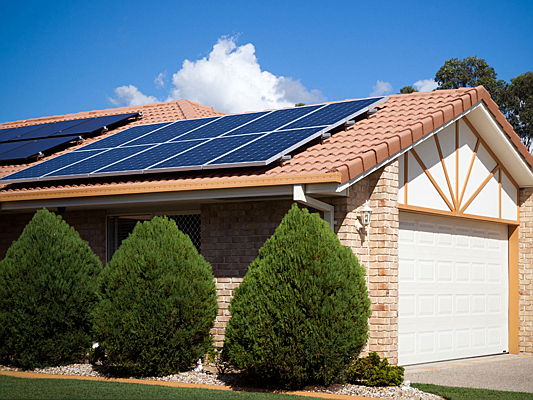 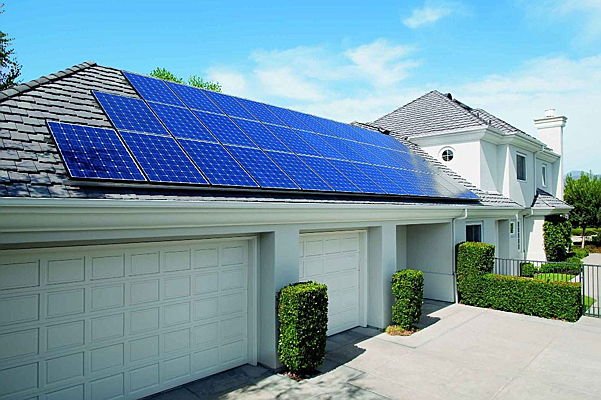 Solar Power for your Home

Winter is coming, and with that an array of things to organise within the home to make the cooler months more comfortable. The trees are shedding their leaves and the weather is turning, a sign that it will soon be time to pull out the winter woollies and take stock of electricity and heating requirements. Wendy Williams, Director of Engel & Völkers Southern Africa, explains that now is the time to look into installing alternative power sources and heating in your house.

With the cold months literally on our doorstep coupled to the often-unpredictable load-shedding issues, it is a good idea to look into alternative electricity and heating solutions. With South Africa’s sunny weather, solar power provides an ideal source of energy that can be converted into electricity and with Eskom’s erratic power supply, many home-owners are exploring the solar power system option. Although the initial set up costs are high, it can save you thousands of Rands in the long-term.

What is a solar power system?

A solar power system is a system that is installed in a house in order to draw energy from the sun and convert it into electricity. Solar panels, which are installed on the roof, collect solar energy and convert it into DC electricity which is then sent to an inverter. The inverter takes the DC electricity from the solar panels and charges the batteries. The batteries are connected to the mains and feed electricity into the home to power lighting and various appliances such as television, laptop, hairdryer, washing machine, dishwasher, kettle and toaster, but not appliances with larger heating elements such as stove, oven and geyser. In a nutshell, a solar power system consists of solar panels, an inverter and a lithium battery bank.

It is important to take on the services of a reputable installer that uses top quality equipment. A sales representative visits your house to assess requirements and then provides a quote. The larger the house, the more the lighting and appliances, the bigger the system.

There are a number of reputable solar power system installers in South Africa, including:

What are the Costs?

According to Gauteng-based solar power specialist company NexSolar, the cost of solar power installation can range from around R63 000.00 to R200 000.00 depending on the size of the house and electrical output requirements.

An 80m2 house for example, would require 2Kw of power per day and this system would cost approximately R63 000.00. A bigger system of 5Kw would be recommended for a 250m2 home, at a cost of R110 000.00. A larger residence with a higher electricity demand would probably require a 1Kw??? Don’t think this is right  system and this would cost around R190 000.00. These costs include equipment, installation and electrical certificates.

Power requirement depends largely on electricity usage and number of appliances, for example, a phone draws 100 watts of power, a laptop uses 200 watts, so it depends on need. Every household is different, even though there are similarities. Heat generating appliances such as geyser, stove, oven and heaters cannot be used with a solar power system as they draw too much electricity. However, smaller appliances with a heating element, such as a toaster and kettle can be used.

A bigger solar power system, such as a 10Kw system, can allow for a geyser to run – if it is put on a timer so that it switches off automatically once the water reaches the right temperature.  In terms of heaters, stove and oven, gas alternatives are good, reliable solutions.

The size of a house as well as electricity consumption would direct what size system to install:

What are the savings and benefits?

An installer should be able to provide you with an accurate energy estimate for how much your system will produce each year, as well as how much you will save. But, generally, the system pays itself off over 3 years.

Over and above the benefit of lower electricity bills, a solar power system makes a home more environmentally friendly and limits reliance on Eskom.

A well-installed solar power system should last a lifetime. Depending on the supplier, the different components do come with a warranty.

If you have an access bond, it can be financed through the bond. Alternatively, chat to your bank about a loan.

What approvals do I need?

If you live in a complex, you’ll need permission from the body corporate or home-owners association. Grid-type systems need to be registered with your municipality, however the rules in this respect do change and are province dependant. This type of registration also depends on the type of system that is installed and the installer will be able to provide more information.

Does it improve the value of your house?

It most certainly does. We do advertise solar power with the house extras and potential home-buyers are requesting it more and more. If solar power is already in place and it eliminates the hassle of a home-buyer having to worry about installing one themselves, they will be more inclined to seriously consider purchasing your home over another.

Contact us now
Engel & Völkers
Licence Partner South Africa
Thank you for your request. We will contact you shortly.