Majorca enjoys a cult status quite unlike hardly any other island in the Mediterranean. “It is also the Balearic Island’s links to historical figures and world-famous stars that make it an internationally sought-after and glamorous location for first and second homes,” says Florian Hofer, Managing Director of Engel & Völkers on the Balearic Islands, adding: “Majorca boasts many historic properties and offers celebrities peace and security where they can relax in privacy.” 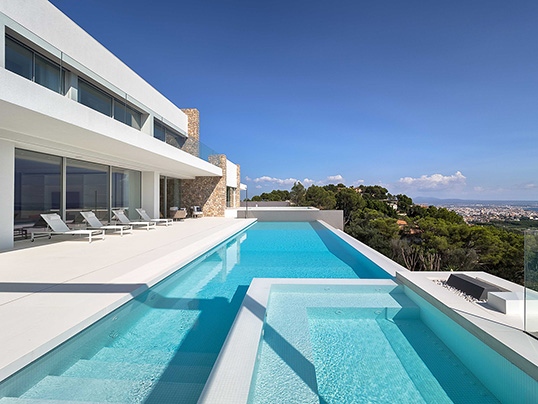 The north: hideaway of royal guests and Hollywood stars

Many famous names have been drawn to the Formentor peninsula at the northernmost tip of Majorca, including Grace Kelly and Prince Rainier of Monaco who spent their honeymoon here in 1956. Over the years, the iconic Hotel Formentor has welcomed such esteemed guests as Sir Winston Churchill and Charlie Chaplin, as well as Hollywood stars like Elizabeth Taylor and Audrey Hepburn. “The north offers more property for your money from traditional finca estates to modern minimalist villas and apartments,” says Gary Hobson, Managing Director of Engel & Völkers Majorca North. The average listing price of villas in Pollença was between 1.5 and 2.5 million euros in 2018. However, in Formentor, where property hardly ever comes onto the market, prices can exceed the average.

Palma Son Vida: the Beverly Hills of the Balearic Islands

Son Vida lies in the southwest of Majorca. This upmarket residential area is known as the “Beverly Hills of the Balearic Islands” and is an exclusive meeting place for wealthy clientele and golf lovers. In 1964, Prince Rainier officially inaugurated the “Golf Son Vida” golf course accompanied by his son Albert, now the reigning Prince of Monaco. The average listing price for properties in Son Vida was 4.7 million euros in 2018. “Prospective buyers and investors are looking for exceptional homes close to the golf courses and with panoramic views over the Bay of Palma,” says Gabriela Muñoz, Managing Partner of Engel & Völkers Palma Son Vida.

The southwest: magnet for the international jet set and luminaries of the past

Majorca’s southwest region with the villages of Santa Ponsa and Puerto de Andratx ranks among the most expensive residential areas on the island. Back in the 1950s the traditional villages and the marinas Puerto Portals and Port Adriano along this stretch of coastline were already a popular destination for Hollywood stars such as Errol Flynn and his friends including Orson Welles and Rita Hayworth. The Oscar winner Peter Ustinov was one of the first to buy a property in Puerto de Andratx, owning a villa in the upmarket area of La Mola for 40 years. Guy Hamilton, director of the James Bond films “Goldfinger”, “Diamonds Are Forever”, “Live and Let Die” and “The Man with the Golden Gun”, also had his permanent residence in Puerto de Andratx. Villas in top locations in the southwest of Majorca command average prices of 4.5 million euros. In 2018, Engel & Völkers secured the highest sale price on the island in Puerto de Andratx, at over 30 million euros. “High-quality new developments with sea views, outstanding designs and high-tech amenities are particularly attractive as a first or second home. These properties meet the requirements of international buyers looking for a secure long-term investment,” says Hans Lenz, Managing Director of Engel & Völkers Majorca Southwest.

Traditional Majorcan country estates with large plots of land featuring their own vineyards and olive groves are found predominantly on the west coast along the Serra de Tramuntana. These so-called “posesiónes” were owned for a long time by aristocratic families. Now generational change has meant they occasionally come onto the market. “Posesiónes are dream homes for buyers who love history and architecture. They combine luxury, privacy and natural scenery in a uniquely romantic way,” says Eddy Barrera, Managing Director of Engel & Völkers Majorca West. In 2018, the average listing price for property in top locations such as Deià and its surroundings was 3.5 million euros. However, posesiónes, because of their size and the land with the property, can be listed in excess of 10 million euros.

One of the most famous estates on the island is “S’Estaca”. Archduke Ludwig Salvator of Austria acquired the property for himself and his lover Catalina Homar back in 1887. Many famous names have stayed at S’Estaca, including Empress Elisabeth of Austria (Sisi) who even had her own bathing house built by the Archduke. The secluded property is tucked away between Deià and Valldemossa in the northwest of Majorca.

The quaint mountain village of Valldemossa owes its renown in particular to the composer Frédéric Chopin, who spent a winter there with his mistress, the writer George Sand.

“Son Galcerán” is another country estate with historical links to the Austrian Archduke, situated in a prime location in Valldemossa. Nestled in the Tramuntana Mountains, the property affords outstanding sea views. The 1,000 square metres of interiors include seven en suite bedrooms, numerous living rooms, a spacious dining room, a private library, a home cinema, and a fitness studio. The grounds span some 70 hectares in total, with beautifully landscaped park gardens where Empress Sisi once strolled. 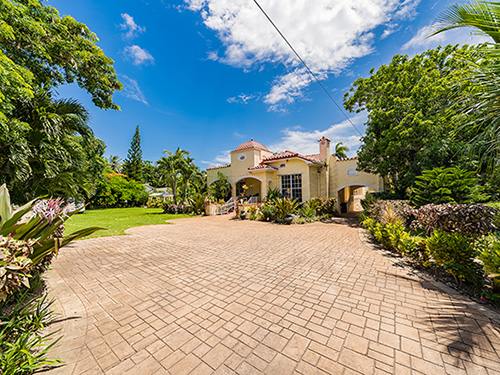 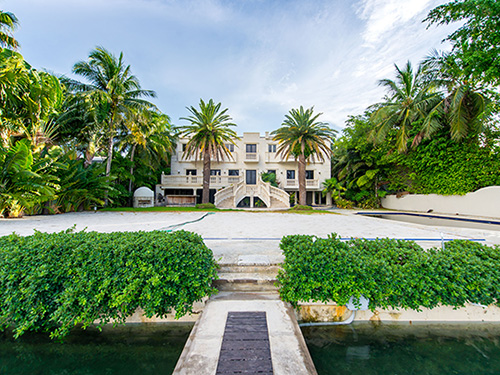 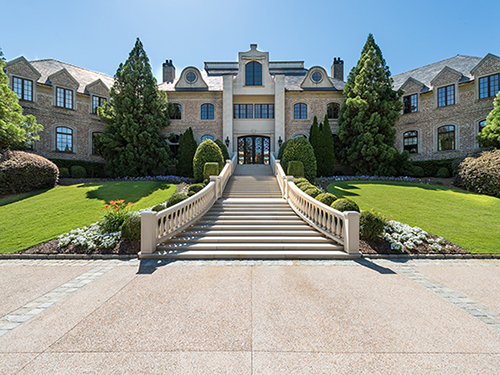