We use cookies (including those from third parties) to collect information about the use of our website by the visitors. These cookies help us to provide you with the best possible online experience, to continuously improve our website and to present to you offers that are tailored to your interests. In particular, we can let your user data be analysed using Google Analytics, a service of Google LLC, and this may necessitate the transmission of your data to the USA. The data processing undertaken in this regard is essentially carried out by Google. Google does not process your data anonymously. Besides, we don’t know which data Google processes and for which purpose. Google will possibly use your data for their own purposes and at their own discretion, e.g. for profiling as well as to merge it with other data, such as existing Google accounts. You can find further information about this and all cookies used by us here. By clicking on the “Accept” button you declare your consent to the use of all cookies. Should you prohibit the use of cookies by clicking on the “Reject” button, we shall only use technical cookies which are required for the operation of the website. You will find all technical cookies here. You can find instructions on how to delete already installed cookies here. 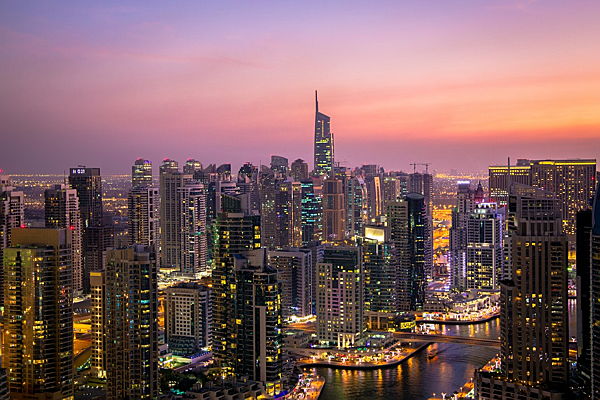 Developers double down on homebuyer incentives

While some analysts have suggested that developers could start scaling back on post-hand-over payment plans as the price gap between off-plan and ready property starts to narrow, not everyone agrees. "Despite the price gap closing in, we believe developers will continue with post-handover payment plans to attract buyers to purchase directly from them rather than the secondary market," John Stevens, managing director of real estate consultancy Asteco, tells Property Weekly. "This is mainly due to the current scenario where supply is higher than demand." Mario Volpi, sales and leasing manager at Engel & Voelkers Dubai, a joint venture between Nakheel and the German brokerage firm, agrees that post-handover plans are here to stay. "It would be a mistake for developers to go down that route [and scale back post-handover plans] because since Ramadan, this is exactly what has made the property market buoyant."

Volpi cites a payment plan by Nakheel on ready property in Azure Residences on Palm Jumeirah, where one can pay 5 per cent and move in, and the other 95 per cent over five years. Because the units are

ready, they can be rented out and buyers can also use the rental income to pay part of the purchase price. "There's a big demand for end-user stock. Any developer that can organise a post-handover plan similar to a rent-to-own scheme and has recognised that this is what's working, will carry on selling their stock throughout the summer," says Volpi. "That's why we've done well with the Nakheel stock in Al Furjan." Volpi says many prospective buyers are unable to raise the 25 per cent mortgage de-posit plus other fees. "When you add in school fees and living costs, it becomes a struggle for many people." Rent-to-own Consequently, rent-to-own schemes are now re-emerging. "We have a development in Al Furjan where buyers can rent a property for three years and at the end of this period, they can decide whether they want to buy the unit," says Volpi. "If they decide to buy the proper-ty, then the three years' worth of rent they've paid goes to-ward their deposit, which adds up to 25 percent. This means that after three years, all they need is a 75 per cent mortgage because they've already raised the 25 percent."

Manika Dhama, associate partner at property consultancy Cavendish Maxwell, notes that developers are increasingly looking at innovative ways to market their products. One of these is more targeted marketing to certain segments, including special roadshows in China, Russia or Eastern Europe. Casting a wider net "I think that's where more focus will be — developing a broader network with people who are active in these markets. They will be casting a net wider," Dhama tells Property Weekly. "A lot of developers have also recognised that their digital and social media presence could be enhanced. It's no longer just being at Cityscape or regular events." With the amount of sup-ply to choose from, developers will have to continue differentiating their products and offering incentives. Dhama cites "nearly ready" villas at Arabian Ranches II, which are being sold with a five-year payment plan (80 percent post-handover) with free Dubai Land Department registration fee and free ser-vice charges for five years. Damac offers up to 10 years free service charge and half the registration fee for certain projects in Akoya Oxygen. Ultimately, while incentives involving freebies such as cars have emerged in the past, structured payment plans are still much more effective in attracting buyers. "Any developer that goes down that route will be successful," says Volpi.