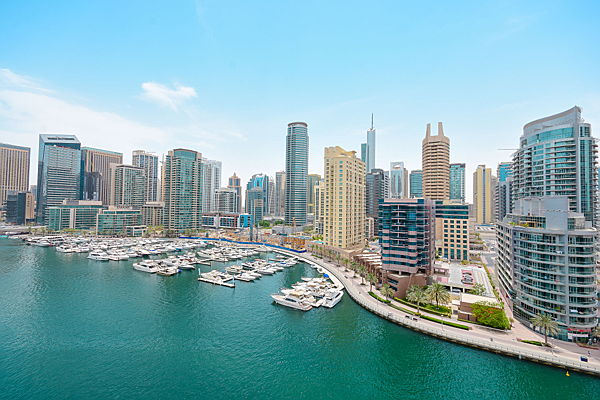 Exclusive: Breaking with conventional wisdom on when to sell property in Dubai

Go slow with marketing and selling property in Dubai during Ramadan? Drop that thought.

Conventional wisdom about do’s and don’ts no longer seems to apply in Dubai’s property market. Matthew Bate, CEO of Engel & Voelkers’ UAE operations, certainly believes this to be the case, “Our strongest month this year was during Ramadan where we had one off-plan [the Se7en City in Jumeirah Lake Towers] and Al Furjan [where the town houses are ready],” said Bate. “Another project that saw buying traction was the Midtown from Deyaar, especially with some of the offers timed for Ramadan.

“We really felt we had to activate during Ramadan to test whether it will be as quiet a buying time as everyone expects. We used some different market initiatives, whereby we ran more digital campaigns during the start. There was a definite spike in demand from within the Gulf.

“International buyers also came in and that’s played to our strengths. Foreign investment led deals for us would be 35 per cent, while the current average in the overall market would be about 20 per cent.”

Feedback from market sources suggest that sales during Ramadan did turn out to be the best in recent times. They were unanimous in saying that the mid-May to mid-June period was by far the best they have had in the year to date.

The big question then is whether the deal flow can be sustained during the summer months. Post-Ramadan, there has been only one major launch, that by Danube of the Dh500 million plus Lawnz community within International City.

“Developers at the moment are looking at all types of incentives,” said Bate. “There were additional benefits for purchases during Ramadan, and for the buyer that obviously means higher RoI (return on investment) because of the cost incentives.

“The market needs to come up with new selling points and not just stick to the post-handover payment plans. I have a feeling developers will not be as aggressive with post-handovers schemes as they did last year. I also think there will be a slowdown in what’s coming onto the market as off-plan launches.”

Amid all this, appetite for luxury real estate seems to be on the mend. Engel & Voelkers has struck deals involving properties at Al Barari and up at Emirates Hills and on the Palm, where ticket sizes have been comfortably “upwards of $10 million. There is also the Alef Residences on the Palm, and there was nothing under Dh15 million.”

The E&V operations in Dubai is managed as a joint venture with Nakheel. The master-developer is currently working on a sales launch for a high-profile twin-tower project, the Palm360, with one of the towers to be a hotel managed by Raffles and the other offering serviced residences.

Bate says that the Nakheel alliance does not mean exclusivity for E&V on project sales.

“We have a look on a case-by-case basis with Nakheel,” Bate added. “But it’s with projects such as the Palm360 where our strengths lie, which is targeting high net individuals for luxury property. What we do with Nakheel is complement them as much as possible and have allocated teams to each of their developments. For E&V, the partnership with Nakheel brings us brand recognition.

“And it’s not just off-plan sales we do — the focus is as much on ready property and even rental, of which Nakheel has a lot coming.”

Is there anything in the mix that E&V will look to build on? “We have not extended into property management at the moment,” Bate said. “It could be part of that strategic growth to provide 360-degree support. Or it could extend right through to the front-end in supporting developers right from their architectural plans. All through the cycle of development to owning a property, we can provide that service. It’s where we want to be.”