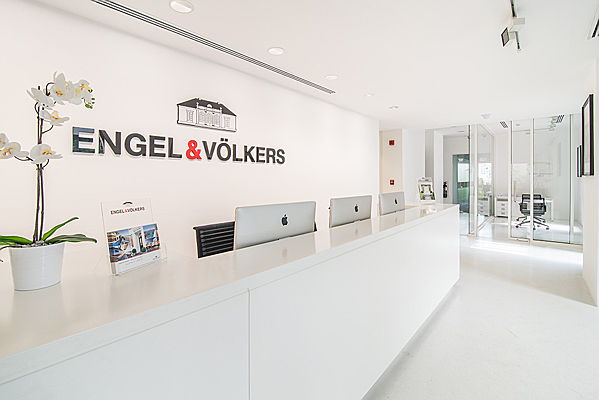 FOREGIN INVESTORS HOLD ABOUT 20% OF REAL ESTATE TRASACTIONS IN DUBAI


Q1. What percentage of foreign investors are attracted to the Dubai real estate market?

A1. International buyers and investors currently account about 20 per cent of real estate transactions in Dubai, which is a significant percentage compared to other regional and international markets. This market has brought over AED 151 billion of investments based on official data released in June 2017. The emirate has retained its global position as an attractive real estate investment destination, while within the region, the UAE remains the most appealing for GCC investors.

The sector continues to receive massive support both from the government and private sector, making prime developments to be among the most competitive worldwide. It is impressive to witness the country’s leadership and its proactive efforts to implement long-term development plans, which are major factors that draw and earn the trust of foreign investors. Dubai’s economy is set to grow from 3.8 per cent to 4.5 per cent in the coming years and we expect interest from international investors will surge even more as the government lays out its plans for the Dubai Expo 2020 and other large-scale programs set in the UAE Vision 2030.

Our key focus is to strengthen the international linkages of Dubai’s property market where we have established networks, especially in Europe as we dominate the real estate market there.

Q2. What is your assessment of the current situation of the real estate market compared to 2017?

A2. Dubai’s real estate market is a maturing market, progression and correction are both taking place at the same time. The Emirates performance in 2017 where around AED 285 billion was generated from 69,000 real estate transactions, still reflects a robust performance. As the market strives for stability, we are expecting that corrections will continue, but it is better long-term because it is further building Dubai’s international reputation as one of the fastest growing real estate markets and one that will be here for a long time.

A3. Our total number of transactions exceeded 1,350 in 2017 and Engel & Völkers Dubai has recorded a 64 per cent year-on-year increase in revenues, following our stellar performance in the first year, which marked a 73 per cent growth from 2015 to 2016.

We are strategically positioned to be one of the largest real estate service providers in the GCC and our consultant numbers have reached over 155, catering for 44 client nationalities. We are primed to provide the widest international network of more than 10,000 real estate professionals from 800+ offices worldwide.

Due to this, we have witnessed steady growth, with our market share reaching 11 per cent of sales and leasing transactions on Nakheel’s Palm Jumeirah last year, as a result of the high number of sales and leasing transactions in the area. This is a testament that Dubai is one of the most attractive locations for investment also within the premium markets. Other growth areas noted during the second half of the year include Nakheel’s Jumeirah Park, Jumeirah Islands and Al Furjan, with Warsan Village in International City which has now sold out. Notable transactions were also witnessed with other developers such as Emaar, Dubai Properties and Meraas.

Q4. What is the partnership with Nakheel?

A4. It is unique joint venture where we capitalize on the strong capabilities of both parties to offer real estate services across Dubai, specializing in selling and leasing services. Our goal is to benefit from each other’s platforms, locally and internationally. A high number of Engel & Völkers international clients have over the years invested in Nakheel projects, and this is where our network has been beneficial as we were able to guide and assists them with these profitable property investments. We are currently represented in 34 countries.

Q5. What is your assessment of VAT? And do they have effects on the real estate market in terms of selling?

A5. Value Added Tax (VAT) is a legislation that is common and a lot higher in terms of percentage in all the other markets where Engel & Völkers operates in, so for us this change was a long time coming. Input and output tax balances itself as value added tax is simply measured as the difference between the value of output and the cost of inputs. I believe that VAT will have minimal effect on the market growth. In fact, two of our best months in terms of transactions have been March and April this year, so it is safe to say that investors have accepted this change.

Q6. What are your current and future plans in the UAE?

A6. Our future plans for our operations in Dubai is to continue to cater to all budgets but given that Dubai remains one of the most attractive places for high net-worth individuals, we are keen to further expand our service offerings within this segment of the market too.

Due to this, we are in the process of introducing our brand of Private Office services which is a pioneering move by Engel & Völkers globally. We believe this market uniquely presents the opportunity to creatively serve private investors and meet their standards in terms of efficient investing mechanisms. This international concept is headed by a select number of qualified individuals (130 out of 10,000 worldwide agents), that are experienced in dealing with HNWI showcasing premium real estate with lucrative returns.