English writer and social critic, Charles Dickens, once remarked on what an immense impression Paris had made upon him: “It is the most extraordinary place in the world!"

Paris is the city of romance, a European capital that has inspired poets and artists for centuries. It is brimming with iconic art and architecture, café lined boulevards, galleries and high-end fashion boutiques bursting with the latest en vogue trends.

Thinking about where to live in Paris? Here, we take a look at six of the best neighbourhoods in Paris offering the ‘je ne sais quoi’ that charms potential Parisians into relocating. 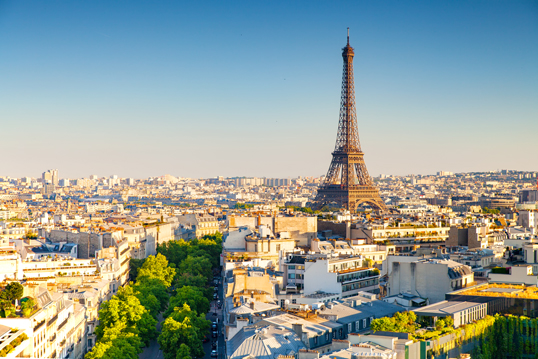 If you're a singleton and looking for somewhere to live that is friendly and on trend, then this is the one of the best neighbourhoods in Paris. Canal Saint-Martin is located in the northeast of the city and developed around its 19th-century waterway and iron footbridges. The area is now a happening hot spot filled with quirky restaurants like Chez Prune, swanky bars such as Le Comptoir Général and exclusive boutiques running along rue Beaurepaire and rue de Marseille.

If history, literature and art are more up your street, then where to live in Paris shouldn’t be a difficult decision. Be inspired by the beautiful neighbourhood of Saint-Germain-des-Près. Previously home and hangout to famous literary icons such as Oscar Wilde and Albert Camus, Saint-Germain-des-Près is now well known for its laid back café culture, bookstores, publishing houses and traditional ‘pied-à-terre’ properties.

Centred around Basilica of Sacre-Coeur (the big white church) and with its winding cobbled streets, you’d expect Montmarte to be as typically Parisian as it gets, and to some extent it is. But, peel back the ‘village on the hill’ exterior and you'll find a whole host of hidden nightlife, contemporary cocktail bars such as La Renaissance and upmarket restaurants like La Taverne de Montmartre on rue Gabrielle.

Where to live in Paris if you have kids? The Champs de Mars is definitely one of the most sought after and photographed locations in Paris. The area has plenty to offer relocating families with a whole host of international schools nearby. The parks at the foot of the Eiffel Tower are great places for kids to play, while the general feel of the area is that of peace and quiet. Piled high with art and history, this elite area has it all and is popular with tourists and the international jet set alike.

If you want to live somewhere that feels authentically Parisian, then Batignolles is one of the best neighbourhoods in Paris to consider; an inner-Paris enclave where one generation collides with the next and ‘bobos’ are a plenty. With cute little cafés, an organic farmers’ market every Saturday on the Boulevard des Batignolles and traditional Parisian bistros dotted everywhere, Batignolles is brimming with charm.

For something really special in Ile de Paris, check out this family house located in Paris 16ème. This vast terraced property has three bedrooms and is discreetly located at the end of a private road facing Roland Garros.