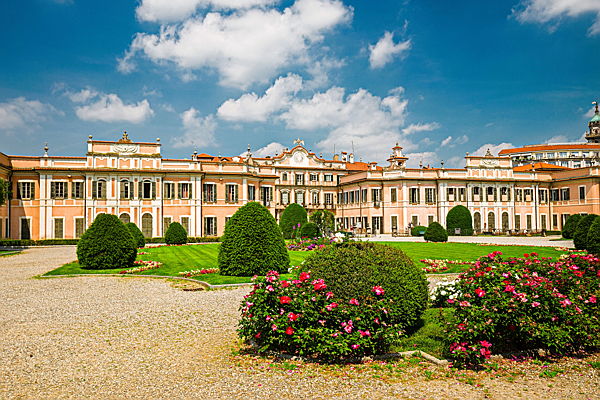 Engel & Völkers Licence Partner Varese, Gallarate, Busto Arsizio > Blog > So many good reasons to live in Varese, from the quality of life to cultural attractions

So many good reasons to live in Varese, from the quality of life to cultural attractions

Green spaces, an always buzzing cultural life and proximity to other pearls of Lombardy. This is why choosing Varese as a city to live in

Why would a person choose to move to Varese? Have you ever wondered what it is like to live in Varese and its province? We have. And to be honest, there are many reasons to buy one of the many houses for sale in Varese and choose the Garden City of Italy as the place to spend your life. More than one can imagine. Starting with the vast green spaces in the city, capable of making every walk more pleasant with the possibility of getting away from the traffic. Not forgetting then the social life of the city of Varese, full of events and activities to enjoy.﻿

But that is not all. Varese is known as a city with an efficient infrastructure network at the disposal of citizens and tourists, as well as extensive and excellent health services. But above all, every glimpse in Varese tells a story. It is no coincidence that Varese was defined by Giacomo Leopardi as 'the little Versailles': precisely because it is capable of blending artistic and natural beauty and is criss-crossed by a vibrant cultural life. With no less than five theatres, cinemas and museums, Varese is always able to offer countless opportunities for entertainment.

But what to see in Varese? Well, you are spoilt for choice. The Palazzo Pretorio and the Monument to the Battle of Varese are two symbols for the city, both located in Piazza Podestà opposite each other: a must-see. Palazzo Estense is the current seat of the municipality of Varese, a building from the second half of the 18th century built as the residence of the Duke of Modena and Governor of Lombardy Francesco III d'Este. Lake Varese can then be the stage for romantic walks, suspended between the lights reflected on the water and the Alps silhouetted on the horizon. Also not to be missed is Villa Menafoglio, an elegant 18th-century villa surrounded by a luminous 33,000 square metre garden. A stop at the Basilica di San Vittore, Varese's main Catholic place of worship located in the city centre, is a must. The Sacro Monte di Varese, listed as a UNESCO World Heritage Site since 2003, the Masnago Castle and Villa Pogliaghi complete the list.

Living in this beautiful city in Lombardy also means being able to enjoy the beauty of the cities near Varese, between cultural poles and modern shopping centres. The relative distance between Varese and Busto Arsizio is undoubtedly an opportunity to be seized. Strolling through the streets of the centre of Busto Arsizio one can observe several historical buildings, churches and palaces from the period before the advent of industry. These include the church of San Michele, one of the town's major places of worship. Even the distance between Gallarate and Varese is not prohibitive: in this case, the opportunity is there to visit a dynamic and picturesque city like Gallarate, a veritable treasure chest of beauty and culture always ready to open up to the eyes of tourists and citizens alike. In Gallarate, you cannot miss the Church of San Pietro: dating back to the period between the 11th and 13th centuries, it is the oldest in Gallarate, a typical example of Romanesque architecture.

Other places near Varese worth visiting are Castiglione Olona (13 km from Varese), a wonderful medieval village nestled between Lake Como and Lake Maggiore, and Saronno, known throughout the world for its herb and almond liqueur and the world-famous amaretti biscuits. Think also about Casbeno: here, among the main places of interest is Villa Recalcati, a mansion dating back to the early 17th century, where Giuseppe Verdi stayed to devote himself to the composition of I Lombardi alla prima crociata.