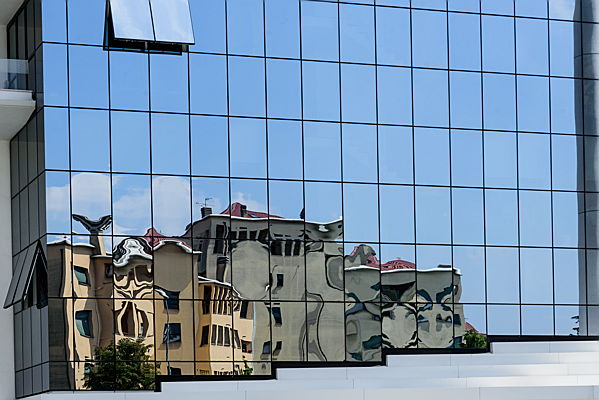 Engel & Völkers Licence Partner Varese, Gallarate, Busto Arsizio > Blog > What to do in Gallarate? Here are the main tourist attractions

What to do in Gallarate? Here are the main tourist attractions

From ancient churches to museums, from the most exclusive events to typical products to taste: if you are in Gallarate, here is what you absolutely cannot miss

Dynamic and picturesque, a veritable treasure chest of beauty and culture always ready to open its doors to the eyes of tourists and locals alike: in Lombardy, charm is at home, you just have to know how to seek it out with curiosity and a desire to discover. If, for example, you have never visited Gallarate, in the province of Varese, prepare to be surprised by the many tourist attractions the city has to offer. Perhaps you have wondered at least once what to do and see in Gallarate: now is the time to find out.

Situated on the plains of Lower Varese, crossed by the Arno River and immersed in the Ticino Park, Gallarate is a glorious town rich in history and art as well as an important industrial centre in the textile sector: among parks, museums and ancient churches, there is always something to do and see in Gallarate to spend a pleasant afternoon. And who knows, as you experience the city, you may fall in love with it to such an extent that you take advantage of the many houses and flats for sale in Gallarate. The properties, just a short walk from the centre, allow you to reach the beating heart of Gallarate in just a few minutes.

What to see in Gallarate?

And once in the centre, what are the main tourist attractions? Definitely not to be missed is the Church of San Pietro: dating back to between the 11th and 13th centuries, it is the oldest in Gallarate, a typical example of Romanesque architecture. And if San Pietro is the oldest church, the Basilica di Santa Maria Assunta is the most important: dating back to the 19th century but with its magnificent 15th-century bell tower, here you can admire the magnificent frescoes by Luigi Cavenaghi and the fascinating sculptures by Giuseppe Rosnati. Inside, to the right of the altar, is the painting Sposalizio della Vergine di Pierfrancesco by Cesare Mazzucchelli, one of the most important Lombard artists of the 17th century.

Art lovers should not miss a visit to the MAGA, Gallarate Art Museum, which houses more than 5,000 works by 20th century artists. You can also take part in themed exhibitions and events here. The Sanctuary of the Madonna in Campagna is also worth a visit: we would like to point out here the splendid Baroque altar and the Crucifix.

This is followed by the Museum of the Gallaratese Society of Homeland History, where excavated objects from the pre-Roman necropolis of Golasecca and from the various pre-Roman and Roman burial grounds in Gallarate and Cassano Magnago are preserved. There is also an ancient art section and numerous paintings, relics, and mementoes of local history from the Risorgimento period.

But Gallarate is also special events and manifestations, such as the Contrada del Brodo, which takes place every year on 25 July: on the occasion of the Feast of Our Lady, visitors are offered cups of hot broth made from different types of meat. Then there is the Mostra degli Apparecchi Fotografici d'Epoca in the courtyard of Palazzo Broletto: it takes place in mid-September and attracts thousands of enthusiasts from all over Italy every year. In the penultimate week of November, the Rama di Pomm (apple branch) takes place: this is a traditional festival that is very popular in Gallarate, accompanied by games and various attractions.

Finally, we come to gastronomy. A stop at the most exclusive restaurants and the most famous trattorias in Gallarate is a must. The occasion is to taste the city's most traditional dishes, such as cazzoeula or bottaggio or posciandra in winter. Typical products also include the Gallarate amaretti biscuits, to be found in the best local pastry shops, as well as Gallarate wines such as the country-produced Clinto.

Our new shop in Gallarate, Via Manzoni, 3 will be your point of reference for discovering the most exclusive and interesting properties on the market.