Property in Uruguay: a trip to an unimagined world

Exclusive living space with wonderful panoramic views: Uruguay is a real insider’s tip amongst property experts. The small state is a gem for those seeking peace and quiet, but who don’t want to do without the occasional taste of high society. Here centuries-old tradition combines with a modern cosmopolitan attitude for a unique lifestyle. Discover original landscapes, traditional local culture and a glamourous lifestyle in one of South America’s most affluent countries. 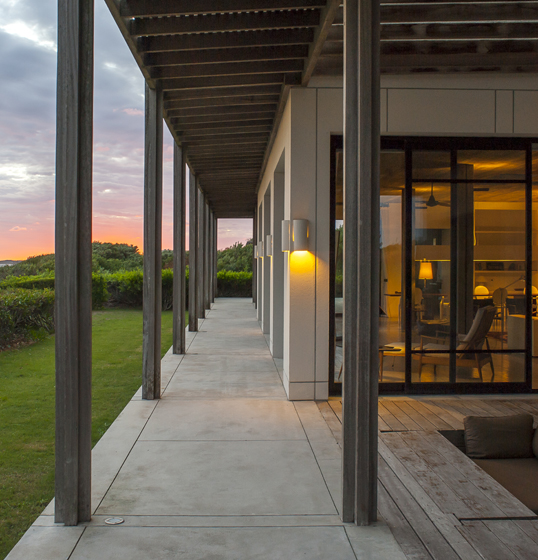 An excursion into Uruguay’s countryside means breathing freedom: In the middle of the country, wide steppes with metre-high prairie grasses, acacias and cypress trees shape the scenery. Such a view invites you again and again to take in the remoteness, to look inward and to daydream. In the coastal regions, palm trees and approx. 2,800 hours of sun per year provide a Caribbean flair, but without the oppressive temperatures. With a mild yearly average temperature of 22° C, Uruguay has a Mediterranean climate, similar to Southern France or Italy

Tradition and a lived cosmopolitan attitude

Although a trip to Uruguay may be halfway around the world, the cities and architecture radiate European charm from the very first moment. No wonder as the influences which the Spanish, Portuguese and Italians brought with them in colonial times are deeply rooted in the local culture. This is also reflected in the Uruguayans’ typically Mediterranean hospitality, receiving strangers and visitors with open arms. In particular, during carnival time where the 40-day festivities go on for longer than anywhere else in the world, and everyone dances, celebrates and laughs together.

Nor can Uruguay deny its southern European roots with regard to its cuisine. Typical local specialities include fresh pasta and exquisite seafood. The national dish Asado, beef grilled over an open fire, will make the heart of any steak lover beat a little faster. Wine connoisseurs also get their money’s worth in Uruguay: the country has the world’s second largest growing region for Tannat wines after France. This variety of red wine has especially fruity aromas and is very light. Whereas for those who prefer their drinks without alcohol, a traditionally prepared mate tea should absolutely not be missed. With several infusions and the elaborate drinking ritual through a metal straw, preparation and enjoyment are a genuine cultural experience.

For something particularly authentic, you can experience Uruguay’s culture and exclusive lifestyle in Punta del Este. With its individual villas, a modern marina and fantastic beaches, the small southern city is known as the country’s most beautiful beach resort and is therefore a real hotspot for South America’s international socialites. Just as in the capital city Montevideo, the local property stands out through its variety of modern and traditional building styles which satisfy the highest quality requirements. Here you reside in a refined location and can take a break from the everyday in exquisite restaurants along the seafront. For a welcome change, there are numerous possibilities for watersports: windsurfers, swimmers and divers all get their money’s worth here. And at the end of the day you can enjoy the legendary nightlife which awaits with first-class cocktail bars, such as the La Casita Resto Bar.

Uruguay knows how to combine traditional ways of living and exclusive luxury. As an attractive location, a holiday home or a second home here is an exciting investment opportunity which can quickly pay off. Curious? Then have a look at one of our most beautiful properties in the region!