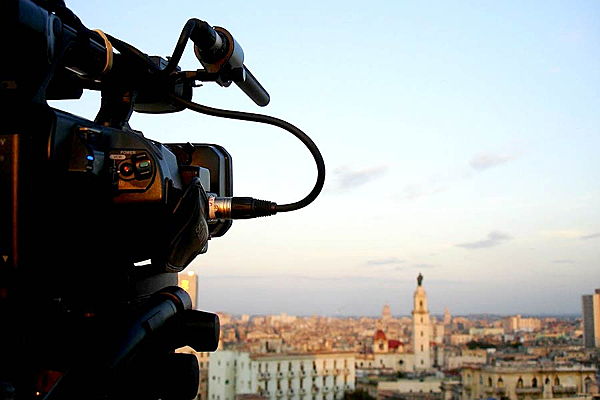 The common history of French Riviera and cinema

Renowned for its Mediterranean climate and the beauty of its landscapes, the French Riviera has always attracted buyers from all over the world.

Beyond the beauty of the seaside, the French Riviera seduces with its very diverse cultural scene in which cinema, also known as the ‘7th art’, takes a major place.

Buying a house on the French Riviera: in the footsteps of cinema


The famous French Riviera is not only home to the largest film festival in the world, it is also a popular place for film professionals. The beauty of its landscapes, the charm of its villages and the luxury of its properties have always attracted many actors and inspired a large number of directors from all walks of life. There are indeed hundreds of films that are shot in this region and some locations have now become mythical. If you want to buy a house or an apartment on the French Riviera, below is an overview of the cities and places most impacted by the 7th art.

Cinema and real estate in Cannes

A must-see when it comes to cinema on the French Riviera, the ‘Cannes Film Festival’ is perhaps the most famous film festival ever and attracts international journalists every year who write about the city of Cannes for ten days. As a logical consequence, luxury real estate is impacted by the arrival of celebrities. Each year, the experts observe an increase in demand from buyers in Cannes, including for rental properties in response to the high popularity of the city during this period.
The ‘Cannes Film Festival’ helps the city to gain international visibility and to reveal its beauty to the public. The presence of celebrities and the scale of the event make this film festival the most renowned in the world and gives prestige and authenticity to real estate properties in Cannes.


Cinema and real estate in Antibes

Antibes and especially the ‘Cap-Eden-Roc’ hotel is the usual residence of many movie stars such as Sharon Stone, Robert Redford, George Clooney or Madonna who have all stayed there. Today, the city is considered a true reference point in the cinema industry. Antibes also owes this reputation to the many films that have been made on its shoreline or in the sumptuous villas that border the city. Among the most famous, we find ‘Le Grand Bleu’ by Luc Besson (1988), James Bond, or also ‘Jamais plus jamais’ by Irvin Kershner (1983).

Cinema and real estate in Saint-Tropez

Renowned for being a city of culture and arts, Saint-Tropez is one of the most important houses of the 7th art. The city became iconic for French people, who remember the well-known scenes of the film ‘Le gendarme de Saint-Tropez’ by Jean Girault (1964) with the very famous actor Louis de Funès. The film was so successful that it has now become part of the city, after a museum was opened in the former police office devoted to the profession and the art of cinema in Saint-Tropez. Many other iconic films have been completely or partly shot in this mythical city which has occasionally hosted the greatest celebrities such as Brigitte Bardot during the shooting of ‘Et Dieu ... créa la femme’, directed by Roger Vadim (1956).

Cinema and real estate in Nice


Often nicknamed "French Hollywood", the city of Nice has all the assets to conquer the film industry: luxury villas, breathtaking landscapes and the famous ‘Promenade des Anglais’. The biggest names in French cinema can be found in this city: Pathé and Gaumont, who decided to make it their home in 1908 and 1913 respectively. Nice has also lent its location to shoot many movies like ‘La Nuit américaine’ by François Truffaut (1973) or ‘La Baie des Anges’ by Jacques Demy (1960).

Cinema and real estate in Roquebrune-Cap-Martin

This city nestled on the hillside attracts the eyes of directors for its breathtaking views of the Mediterranean, but also the many prestigious properties and villas that can be found in the city. The ‘Villa Torre Clementina’ in the film ‘Les Félins’ by René Clément (1964) and the ‘Villa Cyrnos’ in ‘Condorman’, by Charles Jarrott (1983) are two famous examples. The landscapes and luxurious residences of Roquebrune-Cap-Martin have also served as locations for many films and welcomed the biggest celebrities, for instance during the shooting of ‘Ocean’s Twelve’, directed by Steven Soderbergh (2004).

Renting your real estate property for a film shoot


If you are lucky enough to own a property on the French Riviera, it may interest a lot of film crews in search of exceptional locations for their next films. However, certain conditions are to be respected and taken into account.

The properties sought must have a living space of at least 40m2 to accommodate the entire film crew. The ceiling must also be of sufficient height to facilitate the sound work, and the vehicles of the film crew must be able to park near the house.

If you want to rent your house or apartment for the purpose of a film shoot, you need to get in touch with production houses that will evaluate the feasibility of the project and the rental price. Your agency Engel & Völkers French Riviera is itself regularly solicited by production houses.
If you are passionate about cinema or just simply curious, you can try to be part of the history of the 7th art on the French Riviera by offering your property to future productions!