What to do on Lago Maggiore at Christmas

After visiting our beautiful houses for sale Lago Maggiore, you may have time to take a walk around and see holiday markets and Nativity scenes. Here’s what to do during your Christmas holidays at the Lake

What better way to spend your Christmas holidays than in your Lago Maggiore house? At Christmas you will experience a magical atmosphere and have the chance of taking part in the various events that usually take place in its towns.

The tradition of the underwater Nativity Scene in Laveno Mombello started in 1979 and since then you can admire it every year from the main square. It is made of 42 statues, set on 5 platforms underwater. Its uniqueness especially derives from the material the statues are made of, i.e. the white stone of Vicenza. Its bright colour stands out in the dark of the night, lit by the underwater spotlights. on 24th December, the baby Jesus is carried in procession and then brought underwater by two divers.

That’s a really beautiful tradition, isn't it? Just like our houses for sale Lago Maggiore and those in Laveno!

﻿THE ON-WATER NATIVITY SCENES IN CRODO

If you are planning to visit the Piedmontese shore of the Lake, then what you shouldn’t miss are the Nativity Scenes on water in Crodo. There are 44 of them, some more traditional and some others really modern and unusual, but they are all set in wash houses and stone fountains throughout the village. It’s an outdoor event, which offers the opportunity to discover this beautiful village and its hamlets in Ossola. 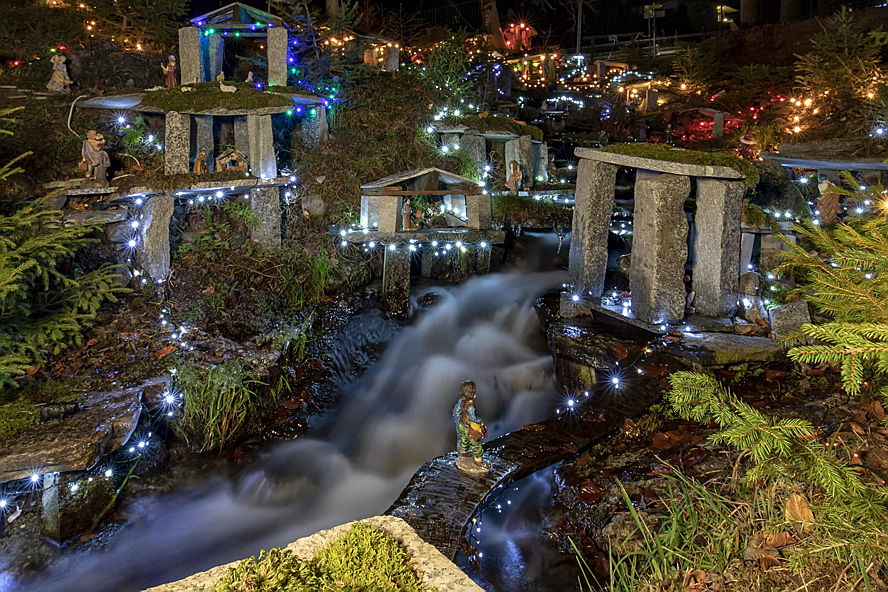 ON BOARD OF THE BLUE TRAIN

For those who have never taken the blue train, it’s high time they did it, especially during Christmas! In fact, if you can’t jump on Santa’s sleigh, you can surely take the historic Blue Train on the Vigezzina, the railway line linking Domodossola to Locarno. It’s a real adventure, since the train rides through extraordinary landscapes, from woods to mountains and waterfalls, which are made even more suggestive thanks to the frequent snowfalls in winter.

SANTA’S CAVE IN ORNAVASSO
Those who have young children can’t miss a meeting with Santa. The real one? Yes of course! You can find him in Santa’s Cave in Ornavasso, which has a depth of 200 metres and from which derives the marble used to build the Milan Cathedral. It’s surrounded by a park of 20,000 square metres, which every year hosts a new setting and attractions.

This year, for example, you will find a Neapolitan Nativity Scene, a sand-art show (fairy tales told with the use of sand and lights) and the gnomes “selfie village”. Because even Santa’s helpers are up to date, just like those who choose Lago Maggiore houses for sale.

THE HOLIDAY MARKETS
Last but not least, we can’t forget about the holiday markets with their magical atmosphere, which are set quite in every town on Lake Maggiore. Among the most famous ones there are those in Santa Maria Maggiore, a beautiful village in Val Vigezzo, which has been awarded with the orange flag by the Touring Club. It’s made of almost 200 stands, set in the traditional wooden cabins and, in order to keep the atmosphere warm, you will find the characteristic stoves  in fir tree trunks. 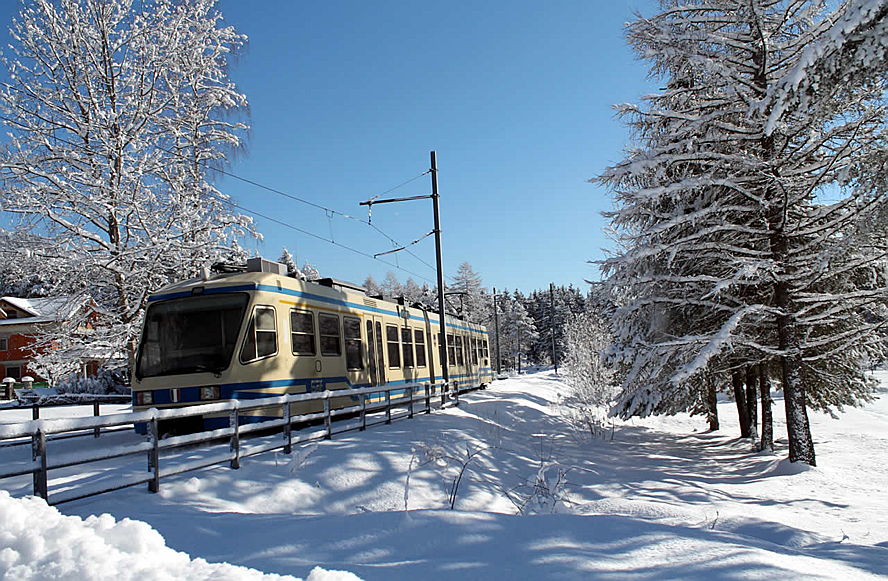