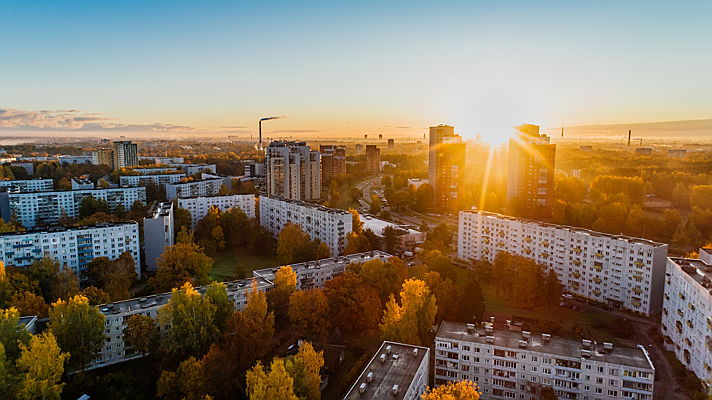 The strong sustainability of the Portuguese real estate market has proved to be very appealing to international investors. From the most diverse backgrounds, these investors have placed their trust in the national market by making their investments in the residential and commercial real estate market within our country.

The international investors mainly include the French, Brazilian and Chinese. It is also worth noting the recently strong surge in Spanish investors within the Lusitanian real estate market.

The interest from Spanish companies that choose to invest on the other side of the border has been increasing. This interest is largely due to the country's ample supply, with the existence of a number of buildings in the capital and also with the way in which the national market has proven to be profitable at the most diverse levels.

Big names in the Spanish real estate market, in the area of ​​management and also in development, have been revealing their interest in Portugal, a country that is currently considered to be a better place to invest in than Spain. There are many different reasons why investment in Portugal seems safer. The high number of buildings in the main Portuguese regions stands out: the cities of Porto and Lisbon are two such cities.

According to Spanish investors, the number of renovation buildings in Portugal's capital and the second Portuguese city is in greater quantity than, for example, in Barcelona or Madrid, which makes them ideal for real estate investment.

As a result, Portugal takes on a new role by becoming the centre of attention for Spanish companies, and many consider investing in larger cities, with the intention of leasing the buildings and making a profit. As mentioned by some of these companies, the expected profit of the investment made in Portugal is greatly higher than expected in the Spanish territory.

There are several differences between Portugal's and Spain's real estate market. According to these companies, they consider that the the Spanish real estate growth makes investing less profitable at the moment; while Portugal is taking the first steps towards economic growth and offers investors greater return on the amounts invested.

Safe, profitable and having political stability, Portugal seems to be favourable by these companies, which continue to put their faith (and their investment) in our country and choose to invest in real estate on the Portuguese soil.

Although the interest of these companies is reflected throughout the country, as we have mentioned before, the main cities of the country - Lisbon and Porto - play a major role in the eyes of these investors. According to them, the current situation of these cities refers to the one that was seen in Spain back in the beginning of 2014, which has caused businesses to have high expectations of return.

The interest of the Spanish investors appears in a phase of clear growth for the sector, accompanying the growing international interest in our country and serving to accentuate the expectations for a future in which the figures related to this market continue to surpass expectations.

It is worth remembering that in 2017 Portugal presented exceptional figures, having sold more than 153 thousand houses, of which one in four were bought by foreign nationals. The clear real estate boom that we have witnessed and the established growth trend has not yet shown any sign of decline, which makes Portugal, in the eyes of the world, a safe place to invest.

The real estate company Engel & Völkers - whose proven experience of 40 years stands out by its international leadership in the luxury real estate market in 4 continents and more than 30 countries - has shown itself positively and proves, with the results of the company's excellence and professionalism, that foreign investors, in general, and particularly the Spanish, are right to want to invest in our country.

Contact us now
Engel & Völkers
Licence Partner Portugal
Thank you for your request. We will contact you shortly.