Watched over by the majestic, official natural Wonder of the World, Table Mountain, and surrounded by the crystal clear waters of the Atlantic Ocean, Cape Town CityBowl and Atlantic Seaboard presides over an enviable  property portfolio.

From the artistic hub known as Observatory, heading out west via a busy city centre,pristine beaches, a vibrant café society and cultural utopia, to the village charm of Hout Bay, this is Cape Town in all its glory.

The region is one of the most sought-after in Southern Africa. It has become home to a vast number of international ex-pats and nationals from other corners of the country, who have fallen in love with its beauty, charm and history. It is also the destination of choice for scores of foreign and national tourists.

Whether you are keen to sell your property, are looking to relocate,invest in a second home or retire at the coast, we are able to offer you the exceptional customer service you can expect in any Engel & Völkers shop, anywhere in the world.

This week's new sales listings - 23/04/21
ENV132614 Charming townhouse in desirable location R 8,975,000 This is an absolute gem of a house, in a picture perfect location. The property offers unobstructed ocean views from the top level. It is spacious, practical, presented in an immaculate, contemporary style. Arranged over 2 levels, the ...
> more

Properties relaunched this week
ENV129409 Gorgeous apartment with huge roof top terrace R 3,950,000 ​ Amazing modern top floor apartment with private spacious terrace overlooking the city and mountain. Upon entrance you walk into the kitchen and living area which is tiled throughout and has an open plan layout. The kitchen boast a breakfast ...
> more 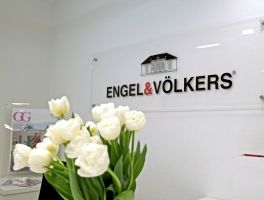 The area is ideally positioned close to major tourist attractions including Table Mountain, V&A Waterfront, Green Market Square, Signal Hill, Lions Head, Government, beaches, mountains and outstanding natural beauty. Vineyards are within close proximity. The Sea Point promenade, a beloved local landmark, pulses like a vein along the beachfront from Bantry Bay to Mouille Point. Popular with joggers, walkers, dog owners and general socialisers,(as well as being something of an open air art gallery), it  epitomises the eclectic demographic of this part of the license area, borne out by the variance of properties and clientele.

The City Bowl area of the Atlantic Seaboard is set in a commercial hub. Of the 3 areas making up the Atlantic Seaboard, this is perhaps the most diverse, with a shifting paradigm representing urban gentrification of hitherto uncharted territory and a group of young,dynamic investors looking for something different. The city centre and central business district is a bustling economic and financial hub, with residents living typically in apartments designed with busy professionals in mind, often located near or even within commercial blocks. Winding up towards the mountain brings us to the City Bowl and its 'hoods', including Gardens,Oranjezicht, Higgovale and Vredehoek, where lively cafes,restaurants and retail outlets rub shoulders with beautiful,regenerated properties, in which restored original features enhance on-trend living spaces.

The Camps Bay and Surrounds includes the areas of Clifton and Bantry Bay which are home to some of the most expensive properties in South Africa with stunning apartments and homes perched above the beaches and rocks. Camps Bay itself remains very popular as both a residential neighbourhood and a holiday destination with a beautiful beach, excellent restaurants and a popular High School. Llandudno remains highly sought-after, the lack of shops are more than compensated by the views and glorious beach. Hout Bay is a busy community comprising several neighbourhoods with an active fishing port. Given its immense and enduring popularity with holidaymakers, a significant percentage of interest comes from overseas buyers, capitalising currently on the relative strength of their ownc urrencies and value for money of property in Cape Town.Consequently many properties are bought for investment purpose sand used as holiday homes.