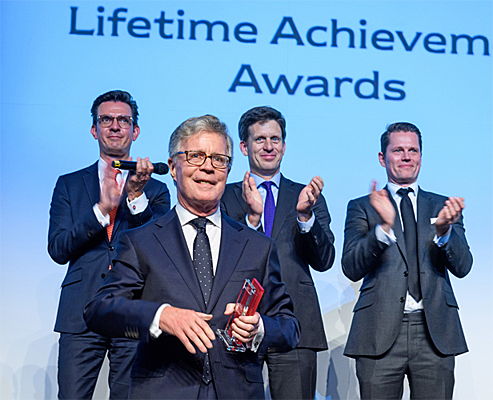 Peter Frigo, Member of the Supervisory Board of the E&V Master Licence Switzerland, is not only a businessman with an impressive record and a successful member of the E&V network. He also has a big heart. On 12 September, the E&V Executive Board presented him with an award from Engel & Völkers, at the anniversary event and official opening of the new company headquarters. He received his accolade in the category “Lifetime Achievement”. Shortly afterwards he decided to share part of his success and made a donation to the E&V Charity. He transferred 5,000 euros to the primary school project in Togo, Africa. At a local level, in the Swiss canton of Zug, he has also been involved in charitable work for many years. “Many people make active contributions in the social sector, and everyone is encouraged to get involved. Of course, in whichever individual way they can,” said Peter Frigo.

Before Peter Frigo became a Member of the Supervisory Board of the E&V Master Licence he was Master Licence Partner for E&V in Switzerland for a period of ten years. He began his career at Engel & Völkers in 2001.

You would also like to make a donation? The E&V Charity and the children in Togo are always very grateful to receive support:

The Engel & Völkers Charity issues a donation receipt for all donations of 50 euros and more. This is also the case for donations received from abroad, although no guarantee can be provided that the receipts will be officially recognised by the respective local tax authorities. We would ask for your understanding that we are not able to issue receipts for smaller donations due to the administrative costs involved.