Europe is a veritable hub of diversity. But take a closer look and you'll discover this doesn't apply to cultural differences alone. There's also a significant diversity in the cost of living in various European countries. At the heart of that is one of our biggest expenditures: rental rates. 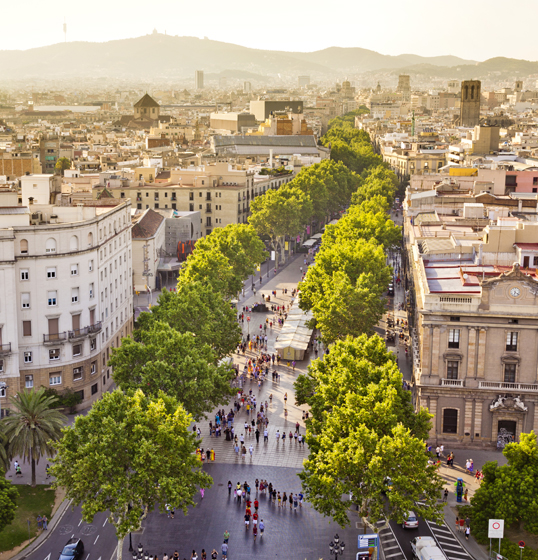 The factors driving rental rate are fairly predictable; availability of employment, wealth of culture and proximity to economic centres. With these factors in mind, let's take a look at some of the most desirable places to live in Europe. We are comparing the relative rent prices in each destination to provide you with  profound knowledge for your next investment.

Budapest offers excellent value for professionals seeking good-sized apartments close to the city centre. This stunning central European city is split by the River Danube, dividing the settlement into two distinct segments. Between them, Buda and Pest boast a pulsating nightlife, elegant baths, and a world-class classical music scene.

An average three-room apartment in popular neighbourhoods in the Hungarian capital cost n average around 785 euros per month which is significantly less than in Western Europe. While rent prices may be lower here, moderate property values mean Budapest remains an attractive place for buy-to-let landlords. The price per square metre for existing buildings in 2018 will be just 2,793 euros on average.

The west of Europe is typically a more costly place to live than the east, but there is an exception: Lisbon offers comparatively affordable rent prices in Europe, while remaining among the continent's most desirable places to live. Despite boasting numerous world-class beaches and some of the continent's finest food, rental costs in Valencia are almost 51% lower than those in Madrid, the Spanish capital.

Berlin is also notorious for its high property prices – in 2017, average rents for new buildings were 13,82 euros per square metre. Average rents have thus risen by 20 percent since 2013 and thanks to the further growth in demand, the trend is not expected to slow down.

The amount of rent is always an indication of a location's attractiveness. This in turn interacts with the intra-European migration patterns: the higher the influx, the higher the rents. This is particularly true in EU countries, between which workers can flow with relative ease. For even more insight into Europe's rental opportunities, take a glance at our Engel & Völkers market trends blog.