Celebrated professional dancer, international model, casting show juror - Oliver Tienken has already gone through many impressive career stages in his life. Now the 39-year-old is committed to building a career as real estate agent, a field that is completely new to him. In an interview, Mr. Tienken explains why he is drawn to the real estate industry of all places and why only Engel & Völkers is considered as employer: 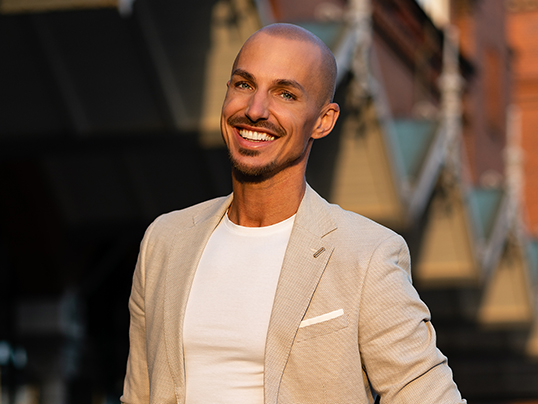 Hello Mr. Tienken, please tell us what you did before joining Engel & Völkers.

O.T.: It is not easy to talk about my career, because I have already done so many different things. As a young man, I danced a lot in my final year at school and during civilian service, became German champion, European champion and finally even world champion. Building on this, I of course acquired all kinds of licenses to be able to work as an adjudicator and trainer. I worked in dance schools myself for many years.

You are also known from numerous TV shows such as Curvy Supermodel, The Perfect Dinner or Celebrity Shopping Queen. What made you go into show business?

O.T.: That was in 2003. At that time, I took part in a casting show called Star Search, hosted by Kai Pflaume. A friend had signed me up for the show because I was chronically broke as a dancer - after all, I was always in need of new tournament clothes and had to travel around the world for competitions. In the end I got lucky and took first place.

Afterwards, however, I wanted to expand my portfolio and so I studied sports management to combine my passion for dancing with professional knowledge. The next show I participated in was Let's Dance with Brigitte Nielsen. Besides giving dance lessons and appearing in various TV shows, I have also worked as a model for an agency here in Hamburg. But at some point, I had the feeling that this was not really the path I wanted to follow.

How did you then become aware of Engel & Völkers?

O.T.: Most recently I managed a dance school. One day I was faced with the decision of whether to buy the school, as the owner was already very old. But that was out of the question for me. During this time, I studied all Engel & Völkers job advertisements for over four years. Like so many others, I was well aware of the company. I just never had the courage to apply because I thought that I simply had no basis at all to gain a foothold in such a business and was afraid of failing miserably.

So what made you change your mind and apply in the end?

O.T.: It happened when I sat on the jury of the TV show Curvy Supermodel. There I always preached to the participants that one must pursue dreams and goals, until at some point I realised that I was not doing this for myself. For years I had shuffled from job to job instead and did not dare to do many things. I had always wanted to work for an internationally renowned company, so that I would not always be perceived only as this "TV guy", but also as a serious business man. Curvy Supermodel definitely held the mirror up to me and that's how I got the courage to apply.

There are several global companies in Hamburg - why Engel & Völkers of all companies?

O.T.: I have had the opportunity to do many high-quality jobs in the course of my career. Financially it was often an up-and-down ride for me, sometimes I earned more, sometimes less. And it was clear to me that if I would apply again and start something completely new, then only with the top dog in the industry. So I only wrote one application and that was to Engel & Völkers. I saw that they have an academy where you can educate yourself and be prepared for the job. Therefore, it was clear to me from the beginning: it’s either here or nowhere.

Where does this fascination for real estate come from?

O.T.: I come from the countryside and grew up on a farm. My grandparents were farmers, as were my parents until my father did a retraining. As a consequence, my grandparents' farm was sold and my parents built a new house. Even as a 10-year-old, I was fascinated by the house sale process and how proud you feel building your own home brick by brick and things like that. Later on, in my first own rented apartment, I often thought about whether or not it would make more sense to buy the apartment. To this day, I am someone who often looks at Internet portals to see what is happening in the property market, just for fun.

Is there any experience in show business that can be of benefit when brokering?

O.T.: As a matter of fact, public relations, frequent talking in front of people and approaching people, which is part of show business, takes away a great deal of my inhibitions in brokering. I think that it helps me to be more confident in situations that are new and unfamiliar to me. Fortunately, you don't notice it much when I'm nervous. I can keep my cool really well in moments like these.

In show business, social media is an important part of the work. Does this also apply to the real estate industry?

O.T.: It's really nice to share things with followers - be it about sports, nutrition or my everyday life. I always receive an incredible amount of questions and comments. With regard to my work as a real estate agent, I can imagine that it will be very important to use social media in the future. I believe that you can inspire and win people over to a cause. After all, some of my private friends have already approached me because they are looking for commercial space, for example.

O.T.: It's really just a coincidence. I don't think much about which pictures I post when and how. Of course, I’m lucky that I know many photographers and therefore often have professional material.

Dance coach, real estate agent and podcaster - how do you manage to reconcile all of these facets of your life?

O.T.: In fact, except on Mondays, I go to my dance school every evening after my work at Engel & Völkers. Even on weekends I spend six hours there every day. During the week I am usually back home around midnight. But this will only continue until April, after which I will devote myself entirely to my duties at Engel & Völkers.

We wish you all the best! 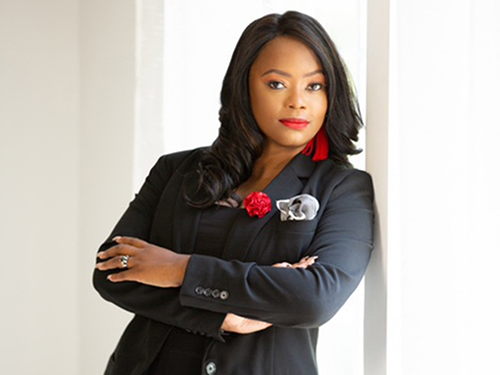 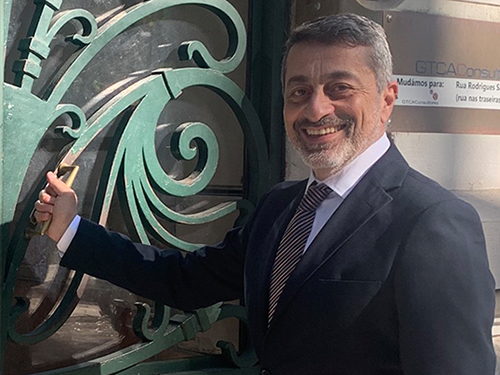 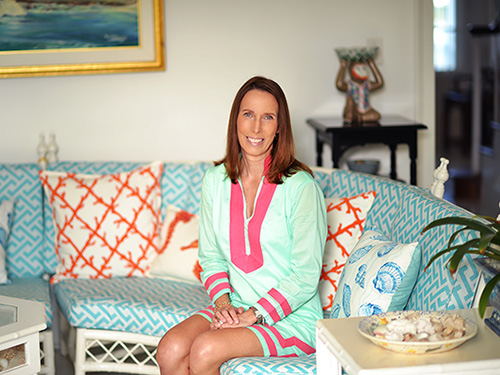