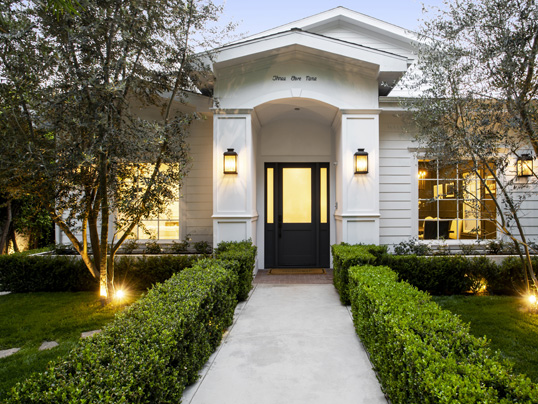 Built in 2016, this classic gated residence with its understated white façade is located in Hancock Park, a sought-after L.A. neighbourhood. The area is one of the wealthiest and oldest districts in the entire city. Just next-door to Hollywood itself, the neighbourhood boasts 1920s mansions set in beautiful gardens, with a wealth of shopping opportunities along Wilshire Boulevard.

The modern designer property is set over 3,300 square feet (approx. 306 square metres) of living space in total, with four bedrooms, six bathrooms, a separate dining room, a walk-in wine cellar, a private dog/cat room built-in with a separate entry door and an open plan kitchen with an adjoining living area. In addition to a light grey marble fireplace, the living room also features a wooden swing with bast ropes, adding further to the happy-go-lucky flair of the property. From here, an oversized, glazed and black-framed doorway leads out to the garden, which features a pool and a large cabana with a small bar. The interior design marries the flair and industrial chic of the West Coast with the classic elegance of New England’s wooden houses. Finishes include dark hardwood floors elegantly combined with predominantly white wall panelling and coffered ceilings. The more formal dining room is decorated in dark petrol blue, with a large window looking out onto the idyllic garden. The spacious and open plan bistro-style kitchen boasts Italian Carrara marble, as does the beautiful kitchen island, which offers ample space for socialising with friends and family thanks to the various seating options.

The Australian actress and film producer Margot Robbie was born in Queensland, Australia, in 1990. After initial minor roles in Australian and US television series, she went on to achieve global fame in 2013 alongside Leonardo DiCaprio in the Oscar-nominated feature film “The Wolf of Wall Street”. She has gone on to star in films including “Suicide Squad” (2016), “I, Tonya” (2017), “Once Upon a Time in Hollywood” (2019) and “Bombshell” (2020). So far in her career she has received multiple Golden Globe and Academy Award nominations, and was on the 2019 Forbes list of Hollywood’s highest-paid actresses. She has been married to British assistant director Tom Ackerley since 2016. The couple lives and works in Los Angeles. 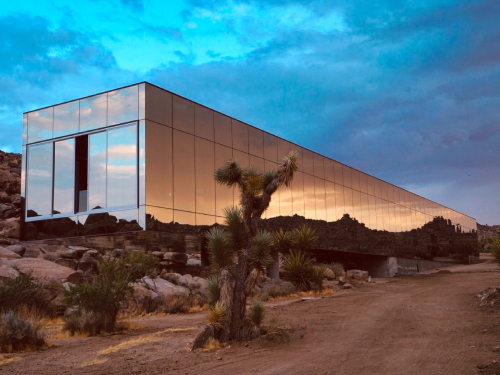 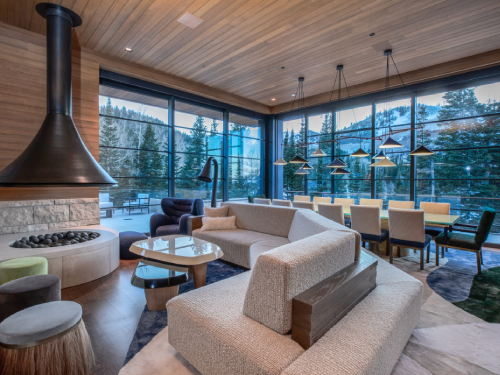