Due to the attractivity of the island, its rich cultural heritage, the Mediterranean climate and unique scenery, as well as the resilience of the luxury segment, prices in the Sicilian real estate market have not suffered the economic impact of Covid-19. Different needs, however, emerged during the post-pandemic period, which have generated new housing trends on the island. “We have noticed an increased demand from national buyers searching for a first home and European clients who are looking for a property in which to take refuge during the year, or to work comfortably remotely away from the city,” explains Gernot Rella, Regional Manager of Engel & Völkers Sicily. “In the first half of 2021 we have noticed that Sicily’s clientele comes 80 percent from Italy and the remaining from countries all over Europe,” he concludes. 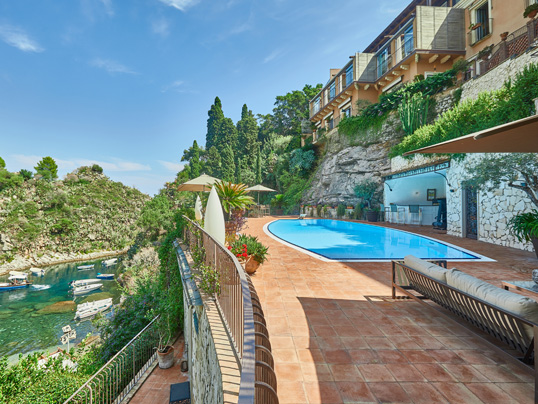 Sicily’s cultural, economic and tourism capital Palermo, is located in the northwest and is also the largest city on the island. According to the analysis by Engel & Völkers, the luxury real estate market in Palermo has held up well to the post-pandemic crisis. The Group's customers are around 85 percent national, mainly local people looking for their first home as well as good investments ranging between 150,000 and 500,000 euros. Foreigners from Germany, Switzerland and France are searching to buy a second house where they can spend the summer or a longer time while working from home, or also luxury properties for investment. The most requested areas are certainly the historic center and the surrounding locations that ensure privacy and essential services. “Currently, the value of the most exclusive apartment in our portfolio in Palermo is of 4,400 euros per square meter, whereas prices begin at 2,300 euros. The most expensive villa at the moment is of 1.7 million euros,” says Claudia Cipolla, Licence Partner and Office Manager of Engel & Völkers Palermo-Mondello.

Taormina, a place of international fame, is among the cities of the Ionian coast of Sicily that retains a charm of other times and attracts for its beaches, the crystal-clear sea and its historical-archaeological sites. According to Engel & Völkers, the average apartment price per square meter in Taormina reaches over 4,000 euros, while in areas adjacent to the Etna volcano, prices are around 1,400 euros per square meter. “An increase in demand has been noticed by foreign customers from Germany, the Netherlands and Scandinavian countries who are buying luxury real estate in this area, to take refuge during the year or to spend the summer in,” says Antonio Carnazza, Licence Partner of Engel & Völkers Taormina-Etna. Engel & Völkers forecasts for the end of 2021 an increase in the number of sales associated with properties in excellent locations.

Ragusa, located on a hilltop in the southeast of Sicily, is on the UNESCO World Heritage list for its unique Sicilian Baroque style. The most attractive close-by areas for purchasing real estate are Scicli for its Baroque art and proximity to the sea, Marina di Ragusa for its golden beaches and the services that the town offers and the countryside of Ragusa for its typical farms. The starting price for a high-end house is 300,000 euros, reaching up to 1.25 million euros, whereas for apartments square meter prices vary between 1,000 and 2,500 euros. For a very long time Ragusa has been welcoming visitors and tourists from all over the world, where a high number of them have then chosen to relocate for their permanent residence. “Buyers mainly come from Northern Italy, Germany and the UK, and typically are looking for farmhouses, pied-à-terre and villas by the sea. From an investment perspective, the main search criterion is a small-sized property that can immediately generate income through rent,” says Mario Schininà, Licence Partner of Engel & Völkers Ragusa-Modica.

Catania: Properties in historic center or with sea-views and Mount Etna are preferred

The second largest city in Sicily is known to be Catania, the ancient port city on the island’s east coast, facing the Ionian Sea and sitting at the foot of Mount Etna. It is an important economic hub for the country and relies on its rich Renaissance cultural life. The convenient transport and flight links make the area so interesting for buyers. The most sought-after areas are the cliffs of Catania and the seaside resorts such as Aci Castello, Capomulini and Acireale. Engel & Völkers clients are mainly Italian, of which 85 percent from Northern Italy, with an increasing interest in the last years from abroad; mainly from Germany and the United Kingdom, as well as the USA. Buyers are mostly seeking newly built properties that are anti-seismic and energy-efficient, with housing prices reaching around 300,000 euros. Villas with views of the sea and Mount Etna can reach a maximum price of 1.5 million euros. In the historic center freehold apartments with terraces near Corso Italia cost around 4,000 euros per square meter. “In the upcoming six months we forecast stable prices while the demand to purchase a property still remains high,” states Antonio Carnazza, Licence Partner of Engel & Völkers Catania.

Trapani: Clientele from abroad is on the rise

As for Trapani, a city in western Sicily, the most attractive locations are the renowned seaside areas such as Castellammare del Golfo, Favignana and San Vito Lo Capo, where foreign buyers who make up 20 percent of the entire clientele and who come from France, UK, Sweden, Denmark and the USA, are increasing. The selling price for apartments revolves between 1,200 and 3,000 euros per square meter, the highest being in San Vito Lo Capo and Pantelleria. Local customers are looking for properties especially in the municipalities of Trapani, Erice and Valderice. The outskirts of the province attract a clientele from central and northern regions of Italy. The most popular properties are typically Sicilian historic buildings, such as ancient farmhouses, houses with a view and direct access to the sea and independent apartments near the city. Maximum asking prices for houses can reach up to 1.3 million euros.

Siracusa: Over 2 million euros for a villa

Siracusa is a popular holiday destination and known to have some of the finest beaches in Italy. According to the analysis of Engel & Völkers, among the most attractive areas around Siracusa are Noto and its countryside, Lido di Noto, Portopalo, Pachino and Ortigia. “Over 40 percent of the buyers are international, coming from Germany, UK and France and are looking for second homes and luxury properties especially for investment purposes and favor villas overlooking the sea or the historic center,” says Antonio Carnazza, Licence Partner of Engel & Völkers Siracusa. The most requested properties are small and medium-sized apartments, around 70 to 100 square meters, with terrace and sea view, where the average selling price for the most exclusive apartments is around 4,000 euros per square meter. The most expensive property currently in the portfolio of Engel & Völkers is a 2 million euros contemporary villa one kilometer from Noto, immersed in an expanse of about 1.5 hectares of olive, almond and citrus trees, with views of the Ionian Sea.

“Around 60 percent of buyers in Cefalù are international, mainly coming from Russia, Germany, Switzerland and the UK, who are looking for luxury properties for investment purposes as well as hospitality activities. The remaining 40 percent are Italians searching for both first and second homes,” says Francesca Persico, Licence Partner of Engel & Völkers Cefalù. The historic center is especially popular with foreign investors, who purchase exclusive properties to transform them into summer residences. The city is also chosen by local customers for their proximity to the main services. Prices here can reach up to 3 million euros for the most exclusive villas overlooking the sea.

Prices for apartments in Messina, a harbor city in northeast Sicily, range between 1,500 and 4,000 euros per square meter, whereas villas with close proximity to the sea reach a maximum of 1.47 million euros. Buyers here are looking for renovated features and closeness to the sea. “Since the pandemic began a new trend has established: there is an increased demand for real estate to seek refuge for a vacation or working space, or to invest in,” says Antonio Carnazza, Licence Partner of Engel & Völkers Messina-Isole Eolie. More than 50 percent of the clientele comes from abroad, mostly from Germany and the United Kingdom, followed by the USA, and are looking to purchase a property with view of the sea and easy access to the beach. The easy and quick transfer from Italy’s mainland via ferry also facilitates the reach for national buyers from the South.

Outlook: Request for real estate will be rising in the upcoming six months

Engel & Völkers is expecting the number of international clientele in Sicily to remain high, as the need to make use of real estate as a safe haven and the property to be used for a long period of time and not only for holiday-use is continuously growing during the pandemic. “Even if prices in the last years have been stable, we predict a strong price growth in the next five to ten years, depending on the realization of big infrastructure projects like new airports and highways. Sicily will become for foreign buyers one of the most sought-after destinations in the Mediterranean Sea,” explains Gernot Rella. “The advantageous Mediterranean climate and an expected mild winter ahead is also for many people, especially northern Europeans, a great attraction,” he concludes. 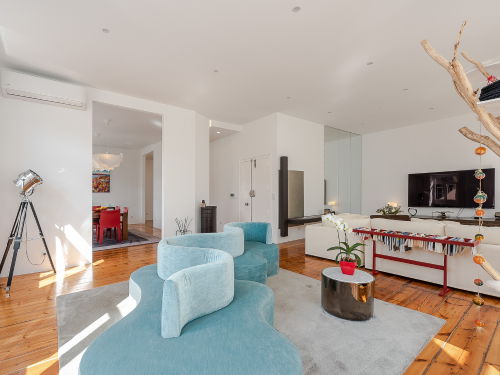 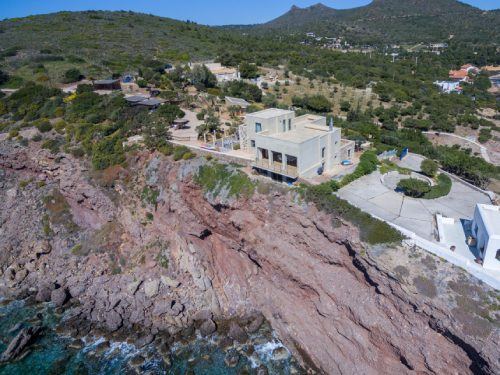 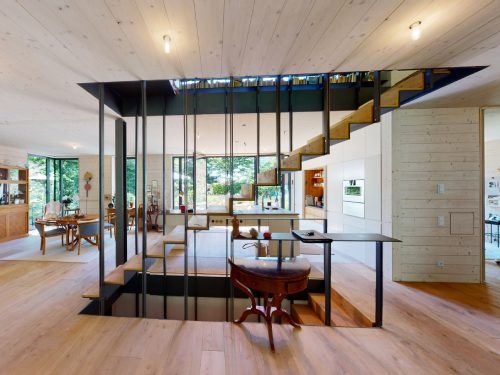