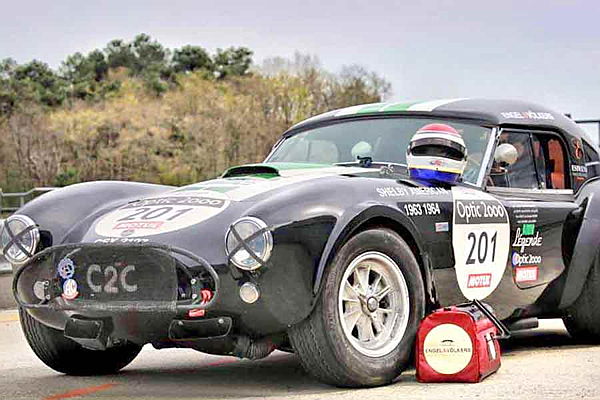 Initiated in 1899 under the name of Tour de France Automobile by the Automobile Club de France, the actual Tour Auto Optic 2000 is a historic race, an unmissable rendezvous for vintage cars lovers.

Despite its early success, the Tour de France Automobile declined quickly, followed by several interruptions for various reasons, including the Second World War which effectively stopped the race for several years. However, the race resumed again to finally achieve a historic success and international recognition in the 60s with the presence of famous riders such as Rauno Aaltonen, Jean-Pierre Beltoise, Lucien Bianchi or Bernard Darniche. Despite this renewed interest, the Tour de France Automobile ran out of steam again and disappeared in 1986.

It was still the case when Patrick Peter, creator of car events agency Peter Auto,﻿ and a few enthusiasts of motor racing revived this legendary race in 1992 under the name of Tour Auto. Modern cars were set aside to make way for vintage cars. The first event was a success and quickly became the reference for Historic Competition Vehicles (VHC).

In 2004, the opticians Lissac became a major sponsor of the race that became Tour Auto Lissac. The eye specialist's was finally bought in 2005 by Optic 2000 which lent its name to the event: Tour Auto Optic 2000.

The Tour Auto Optic 2000: The annual rendezvous for automotive enthusiasts

The Tour Auto Optic 2000 has become a reference point in the field of historic racing. The event takes place over 6 days including 5 days of racing for a total distance of up to 4000 kilometres. The first day is devoted to highlight the different models that will enter the race from Tuesday, the departure day. The presentation of cars has become a ritual that attracts more than 10,000 spectators each year, connoisseurs, enthusiasts or curious spectators. The kickoff is in Paris, initially since the Trocadero and in the Grand Palais since 2012.


As is the tradition, only cars that competed in the Tour de France Automobile between 1951 and 1973 are eligible for the competition, in tribute to these legendary races at the origin of the Tour Auto. Each year, the event gathers 200 to 240 crews who embark on the journey to drive across France during 5 days.
The course is different each year with timed events on circuits and special stages on closed roads. At the end of the day, participants meet in a stop over town to share a gastronomic dinner and discuss their mutual passion.

To enter this legendary race, two categories are available: Regularity and Competition.

For participants registered in Regularity, speed does not count. Crews must respect a predetermined time and average speed selected upstream.
Riders must accumulate the best time to win. The crew and cars must meet the requirements of the FIA (Fédération Internationale de l'Automobile) sports code.

The 28th edition of the Tour Auto Optic 2000 will begin on April 29, 2019, with the traditional exhibition of cars at the Grand Palais in Paris.


The 240 competitors of this 2019 edition will leave the capital on Tuesday morning to begin their race on the roads of France. As every year, participants will compete in timed events and special stages on closed roads. The cities that will host the Tour Auto Optic 2000 2019 are Dijon, Lyon, Vichy, Tours and finally Deauville, the final stage where the riders are expected on Saturday evening.

The theme of this 28th edition is the brands of vintage British cars. On this occasion, lovers of vintage cars will be able to admire a 1949 Healey Silverstone, 1954 a Frazer Nash Le Mans Coupé, or a 1953 Sunbeam Alpine Roadster and several Triumphs - TR2s and TR3s.

For the 2019 edition, Engel & Völkers France will be present throughout the race as the partner of Ludovic Caron, the famous rider of this legendary event.

Ludovic Caron will participate in the 2019 Tour Auto Optic 2000 in his AC Cobra with the Engel & Völkers colors. This year, the famous Jean-Pierre Gagick will be his co-driver in this exceptional race.

You'll find Engel & Völkers at each stage of this iconic journey, from the cocktail party at the Grand Palais to the closing dinner in Deauville on Friday 4th May.

Read also : Building a green space in a parisian apartment