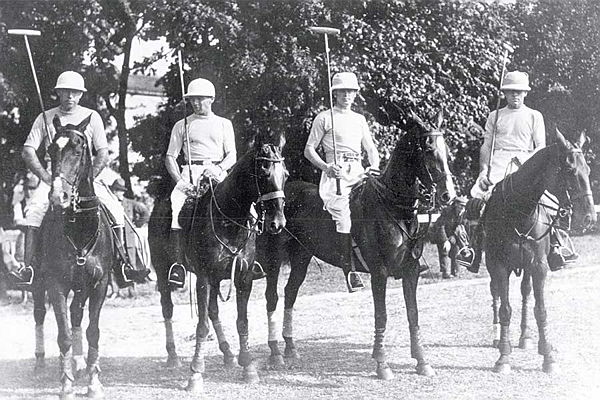 Engel & Völkers Paris > Blog > Polo at the Olympic Games, is it a thing of the past?

Polo at the Olympic Games, is it a thing of the past?

On June 28th 1924, in the Golf of St Cloud, France hosted the USA for the first Olympic polo games in Paris. The French, who were starting in this sport, lost 13 to 1. This was easily explained by the differences in the teams’ experience and cavalry, as the diary of one of the spectators described. Jules Macaire, the father of Jacques and grandfather of Lionel and Stéphane, one of the world’s largest Polo dynasties, came to the rescue of France’s Polo reputation. Polo became a huge success, with five competing teams (France, the USA, Argentina, the United Kingdom and Spain) and a large crowd attending each of the ten matches, 9 on the Golf de St Cloud and 1 at the Polo de Paris (the United Kingdom / France).

Argentina wins their first Olympic gold medal in the Polo


The Golf of St Cloud had a larger capacity than Bagatelle and it was considered one of the most beautiful polo fields in France. Located on what is now called “the third spot on the Green Pathway”, today there only remains the club house which has since between restored.

8000 people, including the Prince of Wales attended the final between Argentina and the USA. The Argentinians took the lead with a score of 6 to 5 during the sixth match and then went on to beat the UK and France and brought back home the first Olympic gold medal in the country’s history, welcomed as heroes upon their return to Buenos Aires.

As for the French, they ended in last place after four heavy defeats. This was the fourth and penultimate time Polo would be a part of the Olympic Games.

After Paris in 1900 and 1924, London in 1908, Anvers in 1920, it was the turn of the Games in Munich in 1936 to showcase the polo. However, the era of cavalry battalions forming numerous polo teams was over. The invention of the car and the tank proved fatal to the development of the sport.

Recently, the French Federation tried to fight to include polo as a demonstration sport in the 2024 Paris Games, in tribute to the last Olympic Games held in the capital 100 years ago. However their efforts were in vain, instead breakdance, surfing, skateboarding and climbing will make their first appearances in the Paris Olympic Games. For the first three, each sport counts over 30 million young athletes around the world, exceeding by far the 23,961 licensed polo players (figures from the FIP, May 2019). These sports also fulfill the ICO criteria : “to rejuvenate the Olympic program, to be pertinent to younger generations, to be a mixed discipline, to propose a limited number of athletes, to benefit from sports that will showcase a site or monument and finally to potentially win medals for the French delegation.”

This does not take into account the multitude of other difficulties of polo, such as the transport of a large number of horses and the fact that today, no country can rival Argentina.

Another particularity of polo is that it is the only team sport with an individual level. Thus it seems highly unlikely that polo will return to the Olympic Games. Indeed it has only been able to regain its lost status through professionalisation, with the help of sponsors such as Engel & Völkers. Here again is another characteristic of the sport which separates it further from the Olympic Games, it is the only sport where amateurs can pay professionals to play with them.

In the meantime, the matches of the 125th Engel & Volkers Paris Open, from the 15th to the 30th of June, had a hint of Olympic spirit with the memory of the last French polo team to have competed in the Olympic Games on this legendary field.

Read also : The birth of the Polo Paris Club